The next phase of the 75-acre development at Ten Mile Crossing began with a groundbreaking early Tuesday. 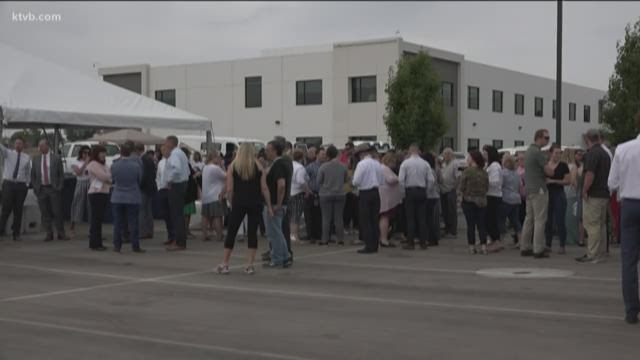 BOISE, Idaho — An upcoming four-story, 120,000-square-foot office building in the Ten Mile Crossing development will serve as an expansion for Meridian-based, AmeriBen, a human resource consulting and management company currently employing over 850 people.

"The expansion in Meridian has been apart of our long-term growth strategy since we broke ground on our initial building over three years ago," Hatch said.

The human resource consulting company will occupy the bottom two levels of the new office building, scheduled to be completed by Summer 2020. But with AmeriBen's consistent growth, they expect to occupy the third floor as well.

"We have over 850 employees total and 500 employees that work out of Meridian, our corporate headquarters," the AmeriBen CEO said. "We anticipate continued growth at least 15% growth - most of that coming here to the Treasure Valley."

The expansion is being constructed to accommodate Meridian workers, giving many of them a quicker commute, and completely avoiding rush-hour traffic along I-84.

The Ten Mile Crossing development - located along I-84 in western Meridian - has been rapidly expanding over the last couple years. It also includes retail shops, restaurants, other commercial services, apartments, and interconnected pathways.

Meridian's mayor sees a bright future for the city's workforce.

"Certainly one of the themes I hope people heard today was about successful business developments bringing family wage jobs," De Weerd said. "It's a collaborative effort and it's all of us working together towards that common vision."