The coronavirus pandemic hasn't cooled off the Idaho county's hot housing market, but instead, it has people buying new homes at higher prices. 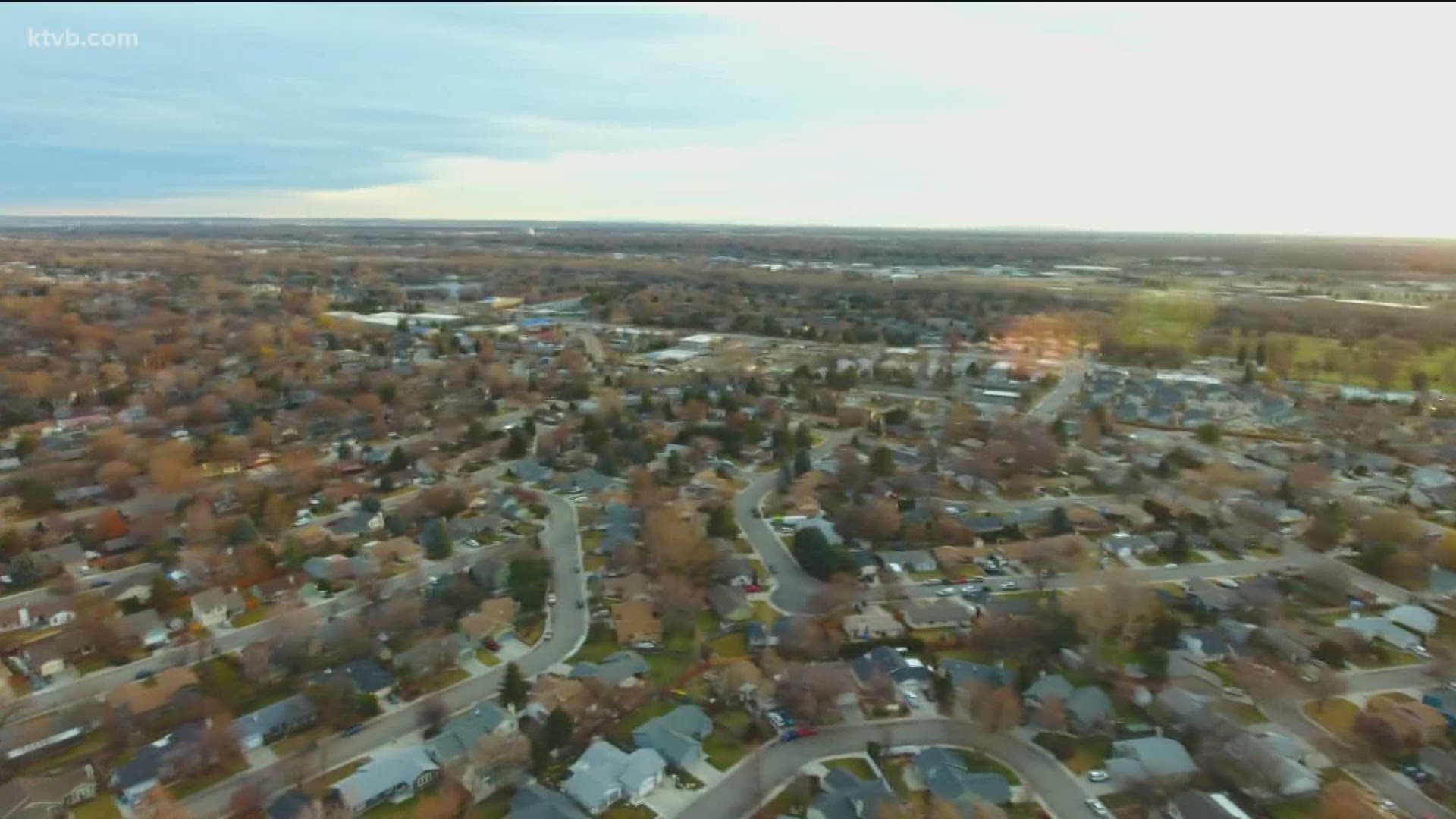 BOISE, Idaho — Benjamin Franklin said there were only two guarantees in life — death and taxes. Unfortunately, he was wrong. The third now seems to be rising housing prices in the Treasure Valley.

The Boise Regional Realtors announced on Monday that the median home sales price in Ada County for the month of August reached $400,000, setting a new record. The BRR has tracked housing statistics since 2004.

Median home sales price for August in the state's largest county jumped by 12.7% from August 2019. The previous record of $390,000 was set in July, which followed a dip in home sales in April and May due to the coronavirus pandemic and ensuing shutdowns.

"Buyer demand didn’t slow down at all," BRR President Michelle Bailey said. "So, now we’re seeing some of the sales activity come through which we would’ve normally seen in April, May and June."

The rise in the median sales price of homes in Ada County is likely driven by a few factors, Boise Regional Realtors said. Those factors of supply and demand, low-interest rates, and the pandemic's impact are the same ones that drove up housing prices earlier this summer.

"As you lose that supply, then prices are going to go higher," Bailey said.

The Treasure Valley can thank a few other factors for it's low housing inventory.

"One of which is aging in place, we have investors holding onto single-family homes as rentals due to the equity appreciation and of course rental fees, homeowners are delaying listing until they can find their next home," Bailey said.

On August 13, KTVB spoke with Bailey about the then-new record of median home sales price reaching $390,000.

"The bottom line is, buyer demand continues to outpace the supply of homes for sale, driving up prices," she said then. "It's also the mix of sales. We have more new homes selling at higher price points and higher existing homes selling so that combination is driving prices up."

Ada County ended August with 239 existing homes up for sale, a decrease of 72.1% compared to August 2019. It is also a record low since BRR began tracking the statistic in May 2006.

In perspective, Ada County has 0.3 months supply of homes. This means if no more homes go on the market, it would take a third of a month to sell every home in Ada County, far from a balanced market.

Bill Rauer is the executive officer for the Building Contactor's Association of Southwestern Idaho and said, "Across the country, suburban areas and less densely populated areas are seeing a huge influx of people."

"We live in a great area, it is a very attractive place to live," he said. "We’ve been discovered."

New construction is also driving up the median sales price in Ada County. Increasing costs of materials, like lumber, is passing that cost onto the house.

According to the National Association of Home Builders, the price of lumber has increased roughly 80% since mid-April.

"New homes are also subject to higher construction material costs, and labor shortages have driven some of that," Rauer said. "In order to keep people working in the construction industry we’ve had to pay them a bit more."

The good news for prospective home buyers is the historic low-interest rates, which allows people to buy homes at higher prices. Right now the interest rate is 2.9%. The previous peak rate was in August 2006 when it was 6.5%.