While Boise has a rental application fee cap, much of the Treasure Valley doesn't and that leaves groups like Jesse Tree to help people who struggle to pay them. 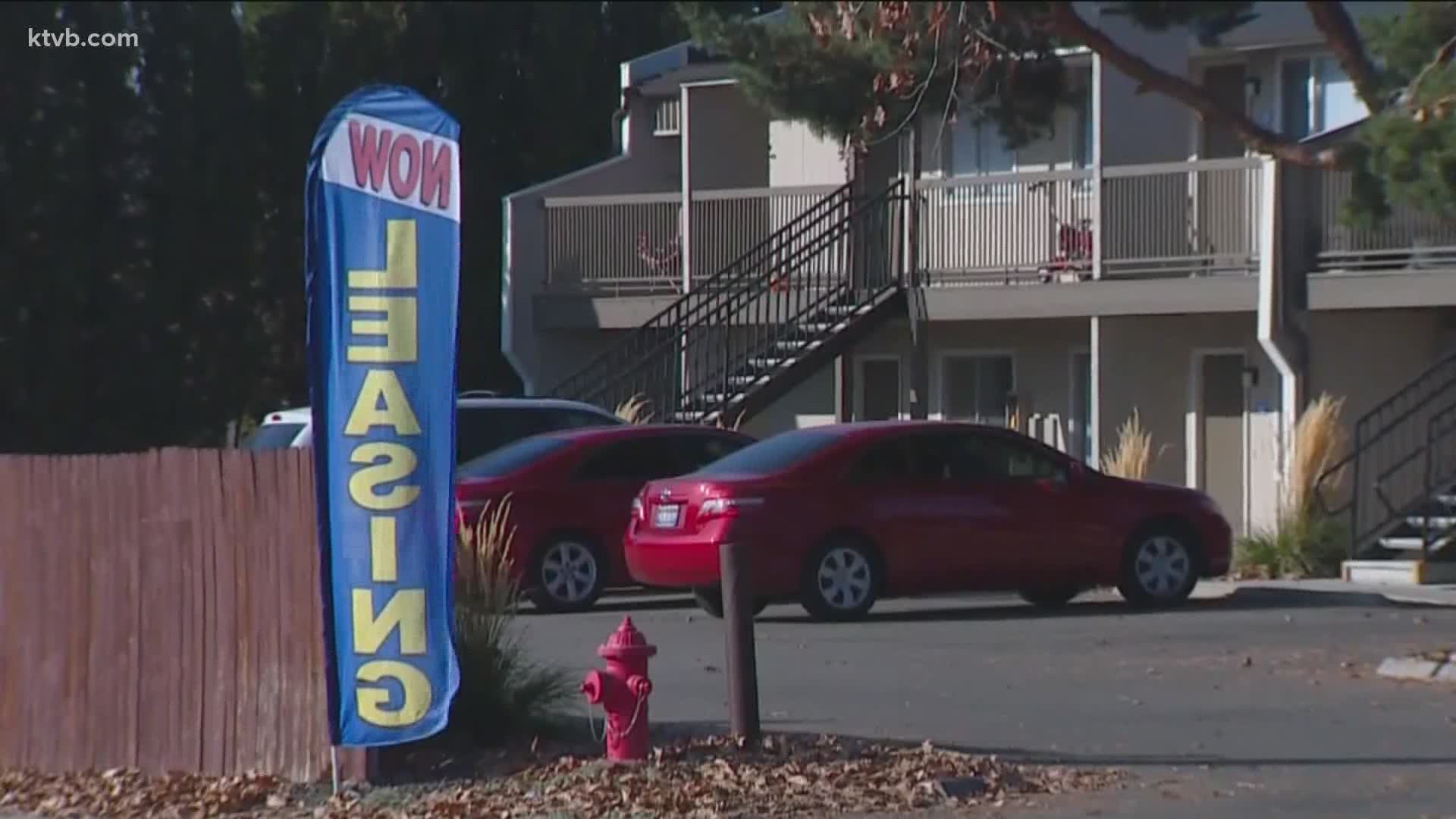 BOISE, Idaho — As the Treasure Valley housing market continues to pinch many people's pockets, some are struggling to pay increasingly costly application fees while searching for low-income housing.

Landlords say they are necessary for credit and background checks, low-income housing advocates say they're another "challenge" for people who already have difficulties affording security deposits and first month's rent.

Ali Rabe is the executive director of Jesse Tree and told KTVB on Monday that rental application fees are financially burdensome for low-income people searching for a home.

"With each rental, they're applying to they have to pay whatever folks are charging and that can definitely be a challenge for people that are lower-income and who are already having a hard time paying for their security deposit, first month's rent, and all that – so definitely a big challenge," they said.

The growing demand for housing across the board isn't making matters easier, Rabe said. She explained she has worked with people who have spent hundreds of dollars on rental application fees, setting them back on their current rent payments.

People like Brandy Long, a traveling nurse who is trying to move back to Idaho, rarely hear back after applying for a rental. She explained that she spent over $300 applying at different Treasure Valley rentals and has only heard back from two of them.

Now, she's worried she won't find a place before she begins her new job in May.

"I am fortunate to have people that I can stay with but I also have two kids and a dog and a cat," she said.

Rabe said she has worked with a family who spent more on application fees.

"They had applied for several places and they had paid $500 in rental application fees which had also prevented them from catching up on the rent that they owed.  We have many examples of that at Jesse Tree," she said.

The City of Boise currently has an application fee cap of $30, which was first put in place in a 2019 ordinance. However, Rabe said even that cap can be a burden over time.

"With each rental, they're applying to they have to pay whatever folks are charging and that can definitely be a challenge for people that are lower-income and who are already having a hard time paying for their security deposit, first month's rent, and all that – so definitely a big challenge," they said.

A proposal to ban capping rental application fees statewide stalled in committee in the Legislature this session.

Rabe is also a first-term Democratic state senator from District 17 in Boise. In her time in the statehouse, she said she has pushed for statewide regulations on rental application fees.

"Our housing market is so scarce right now. Anybody who is applying for a rental has to apply to so many different places so inherently they're going to spend hundreds of dollars in fees," she said.