Fremont Middle School was converted from an elementary school to accommodate a sharp uptick in population growth. 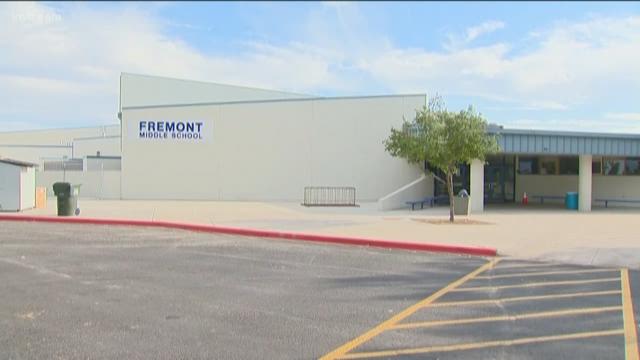 School bonds and levies being used to expand schools or build new ones are nothing new in the Treasure Valley, as community growth pushes some school districts to its student limits.

With school just a few weeks away, the Kuna School District is ready for a significant increase in students it will see this school year.

On Tuesday, the district unveiled its new expansion and improvements to Fremont Middle School. It's part of several district projects that were approved by voters with the passing of a bond in 2017 and a levy renewal in March.

Fremont Middle School was originally built in the 1970s with the intent to be a middle school but, because of needs at the time, it was converted to an elementary school.

In recent years, a different need has arisen in the district: the need for a second middle school. So Fremont Middle School has been remodeled and updated, with new additions like a cafeteria and kitchen and more classroom space.

That need is due to continued growth in the community.

“Anybody that’s lived in the area for an extended period of time doesn’t recognize Kuna for what it was, even 10, 15 years ago,” said Tim Jensen, co-principal of Fremont Middle School.

With the community growth comes the need for more school facilities.

“The homes around us is a skyrocket growth," said David Reinhart, assistant superintendent of student services with the school district. "The unpredictable piece of that is, how many of those homes have students? We see between a two and three percent growth in our population every year and that’s been pretty steady.”

Reinhart said for the 2019-2020 school year, the district will have 338 more students than last year, which is about a three percent increase.

Kuna Middle School was growing so quickly it was well over capacity with its number of students.

“Last year in our district, we had about 1,300 just middle school kids between the two schools,” Jensen told KTVB. "This year, we are up to about 1,450 this year so in that one year’s time, just at the middle level, I know we’re up about 150 kids.”

Jensen said the district has not been so overcrowded they've had to turn away any students from enrollment.

The district currently has 10 schools, including a third high school currently under construction. With those facilities, the district expects to be able to accommodate more growth for at least the next 3 to 5 years.

Despite the growing pains, “it’s more fun to grow than to shrink," Reinhart said.