'It's a problem that all growing places have to face': Zoo Boise director looks to improve parking at Julia Davis Park 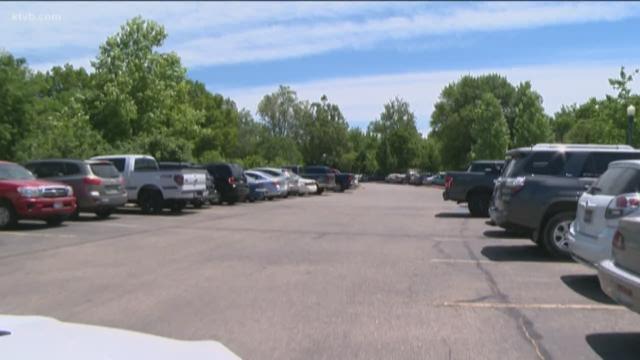 BOISE, Idaho — Looking for a place to park can be a pain anywhere you go. But in a growing city like Boise, it can make simple things like going to the zoo difficult.

"We drove around for 10 to 15 minutes - maybe longer trying to find somewhere to park," said new mom Kelsey Klein. "We had to get dropped off. It's especially hard with the kid."

Idaho is growing and Boise is at the center of the action. Zoo Boise Director Gene Peacock says that the zoo had 330,000 people in attendance for 2018. He only expects that number to go up by at least five to ten percent by the end of 2019.

"We feel like that once the new exhibit opens we are going to have quite a bit more than we did last year," Peacock said.

Zoo Boise's new exhibit is modeled after Gorongosa National Park in the east African nation of Mozambique. Peacock expects the exhibit's opening to attract a large number of people - so much, that Zoo Boise is providing transportation.

"For opening week, we are going to have a shuttle," the director said. "The shuttle will from Ann Morison to Julia Davis Park and we'll be able to ferry people back and forth from the overflow parking."

Zoo Boise knows parking is tough in its current state. Peacock plans to focus on improving parking after the opening of their new exhibit.

But he says that parking and transportation is a bigger issue that the zoo can't settle alone. It has to be a communal plan across all of Boise Parks and Recreation, and it's going to take time to figure it out.

"Those are things that are gonna have to happen in the future, " Peacock said. "It doesn't come immediately, so we've gotta get through the opening [of the exhibit] first, and see what our crowds are gonna be like. Then we'll go from there."