The department has been working on the Northside Interchange project since 2019. 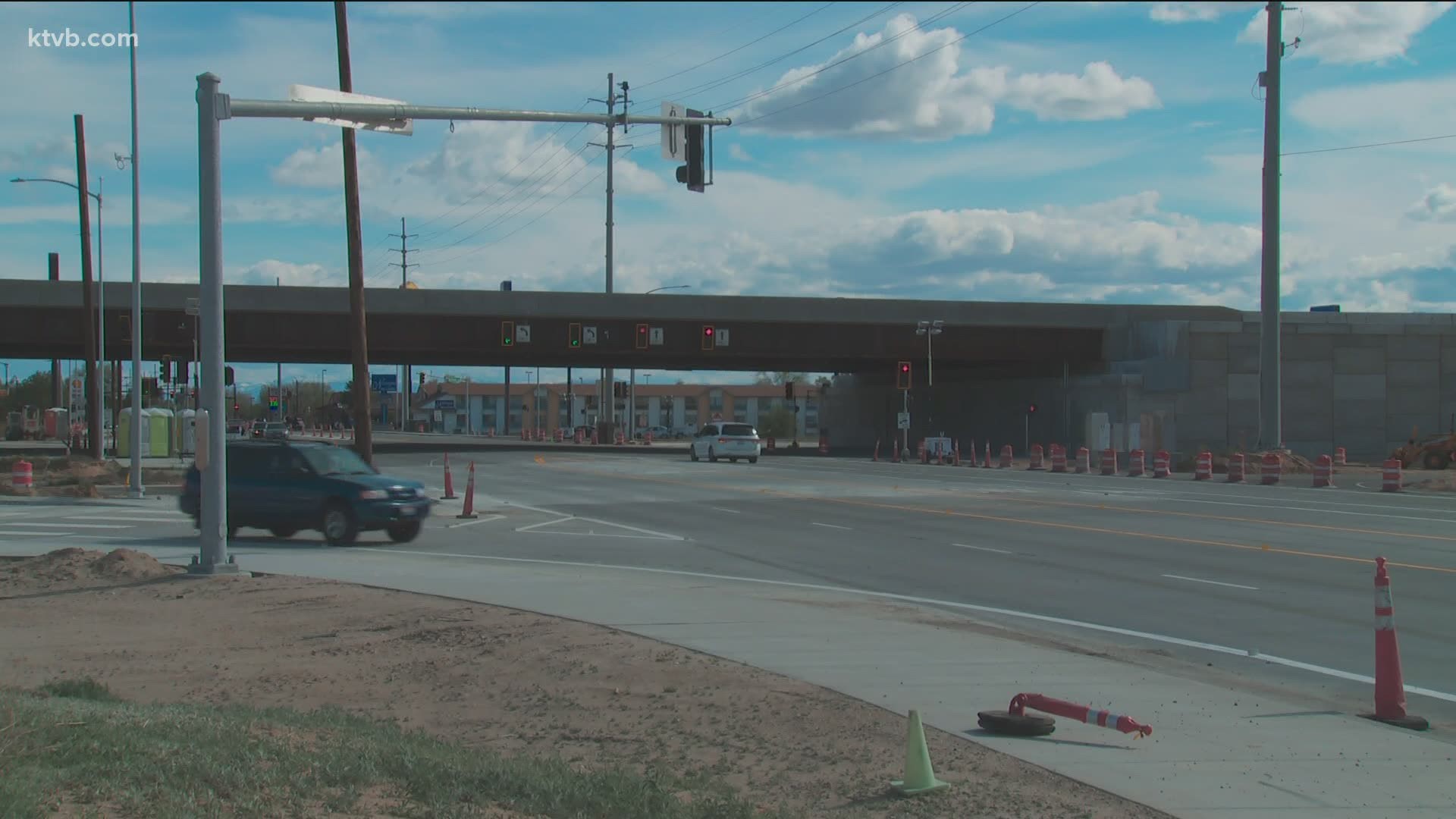 For about two years, crews have been working on the Northside interchange in Nampa. Re-opened almost entirely on Sunday, the project is one of several big plans ITD has in store for the area.

“Our mission is your safety, your mobility, your economic opportunity,” ITD Spokesperson Jake Melder said.

The department believes what it has done with the Northside Interchange hits all of those marks. The new design is a single-point urban interchange.

“This new design allows for a great increase in the efficiency of traffic so we can move more cars through the area,” Melder said. “All traffic will actually be diverted back into a single point which is a signal actually fixed underneath the bridge that I-84 goes over Northside."

The project’s goals are to help with congestion and safety. ITD widened the road, adding an additional travel lane in each direction. They also added an auxiliary lane that will give drivers more time to merge.

“You can get on and off without having to merge with traffic,” Melder said.

“A month or so ago we presented to the [ITD} board, nine billion dollars worth of projects and needs that are out there where we need to expand the system,” ITD Director Brian Ness said on Viewpoint Sunday morning.

The legislation will allow the department to start chipping away at some of those projects.

“You've seen some work on Chinden, US-20 on the west side of the Valley and we'll continue to do work there, certainly Highway 44” Ness said. “An extension of State Street coming from the downtown area coming towards Middleton and Star and those areas.”

The department believes that when given the appropriate funding, it can turn out projects like the Northside Interchange.

“These facilities and improvements are going to meet the demand today and into the future,” Melder said.

Gov. Brad Little has not yet signed the transportation bill but has until 4:30 p.m. on Monday to either sign it, veto it, or let it become law without his signature.

As for Northside, there are still some lane closures. ITD said those should be open by Tuesday.