According to COMPASS, a metropolitan planning organization for Ada and Canyon counties, public transportation is lacking about $235 million per year. 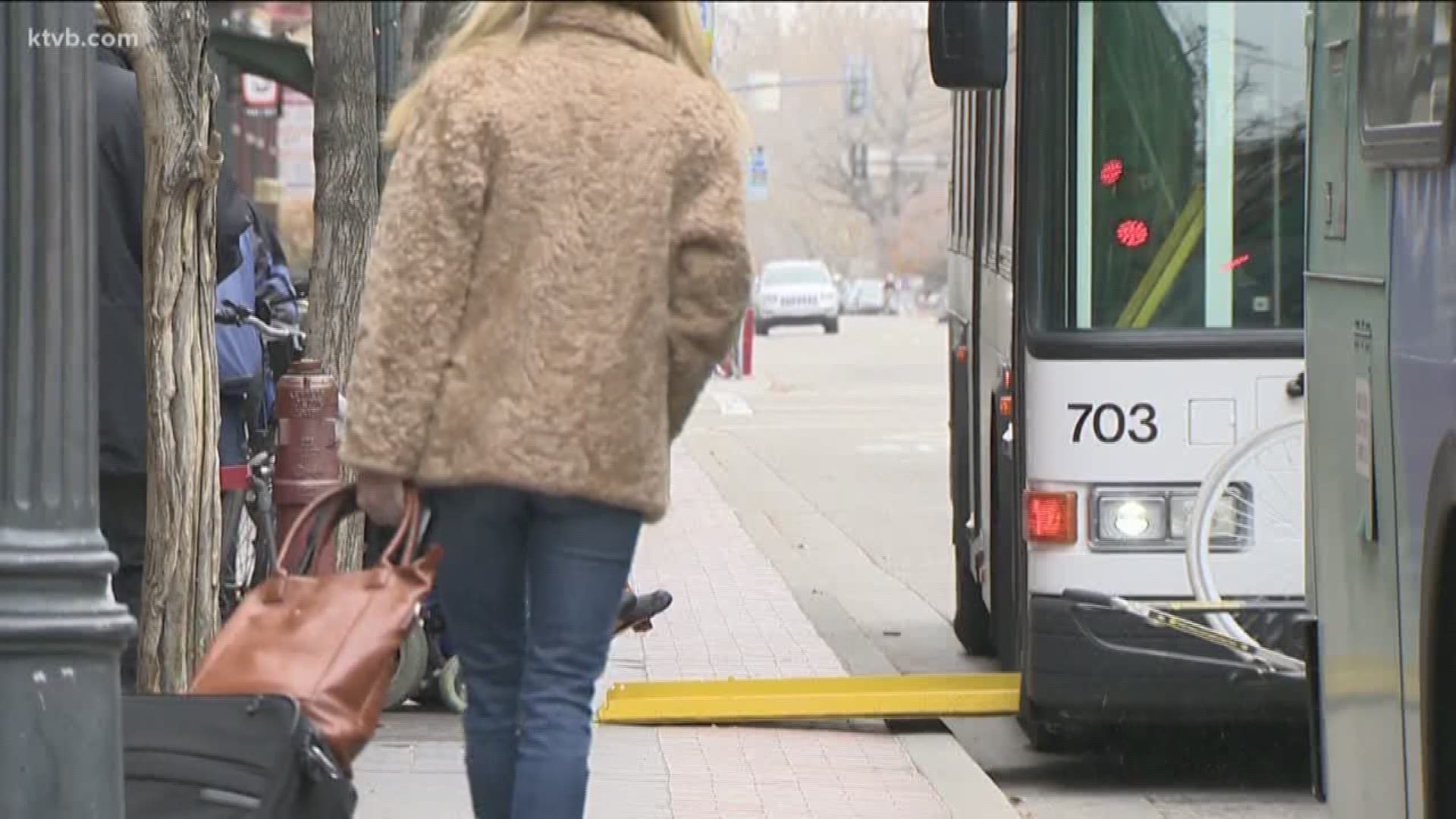 "The things we hear most from the public are, can we have service that runs more frequently? Have it run later? Or have it run on the weekends?" Stephen Hunt, the principal planner for Valley Regional Transit (VRT), said "And those are all things we address in Valley Connect 2.0"

Valley Connect 2.0 is VRT's future plans and goals for public transportation for the Treasure Valley. It shows where the Valley is right now and where it needs to be by 2025.

It identifies a gap that shows by 2025, public transit needs to be quadrupled to meet the area's growth and needs.

"There hasn't been as much progress as we would like on that," Hunt said. "In part, because we haven't been able to build the local funds to increase the operations."

Hunt said research shows people in Ada County and Canyon County spend about $1.5 billon per year on things like fuel and car repairs. In comparison, only about $15 million is spent on public transportation.

Research from Valley Connect 2.0 shows households can save $9,000 per year by replacing a car with transit. So Hunt said the goal isn't necessarily to get people to change the way they travel, but to give them more options. Those options can help them save on out-of-pocket costs, while hopefully simultaneously helping traffic congestion.

COMPASS is a metropolitan planning organization for Ada and Canyon counties. It has a long-range transportation plan called "Communities in Motion 2040 2.0" that looks at several aspects of community transportation.

According to COMPASS, overall transportation costs are lacking about $235 million per year.

The reason for that is Idaho is one of only two states that does not fund public transportation and federal funding has to be locally matched by 20 to 50 percent, which isn't always possible. That forces VRT to get the bulk of their funding from local sources.

COMPASS says for several years, it's been working with the state legislature to come up with some sort of funding formula.

"The one that after working with the business community, that we've identified would work best in the state is local option taxing authority," said Matt Stoll, the executive director for COMPASS.

The local option tax would allow local governments the option to increase local sale taxes but no legislation has come forward yet.

Dozens of viewers also commented on social media about a possible light rail or train system that could possibly ease traffic and according to Stoll, the Treasure Valley's population is comparable to other cities at the time they started planning for light rail.

"A lot of folks will say we want to have light rail now," he said. "If you look across the country, most areas, with the exception of one or two, didn't have light rail at the population we're currently at."

VRT says it is something that is continuously discussed and could be an option down the road.

"That's an interesting conversation about how higher capacity transit between Nampa, Caldwell and Boise and the opportunities that provides for employment to grow, for business to locate itself along that corridor," Hunt said.

Others on social media asked about HOV, or carpool lanes, being added to roads like Interstate 84.

RELATED: Are you a frustrated Boise-area commuter? It could be a lot worse, study shows