To the mountain: Attracting seasonal workers in a tough job market

Like ski resorts across the country, Bogus Basin northeast of Boise has dealt with the tough labor market by raising pay and adding perks, and it's not alone. 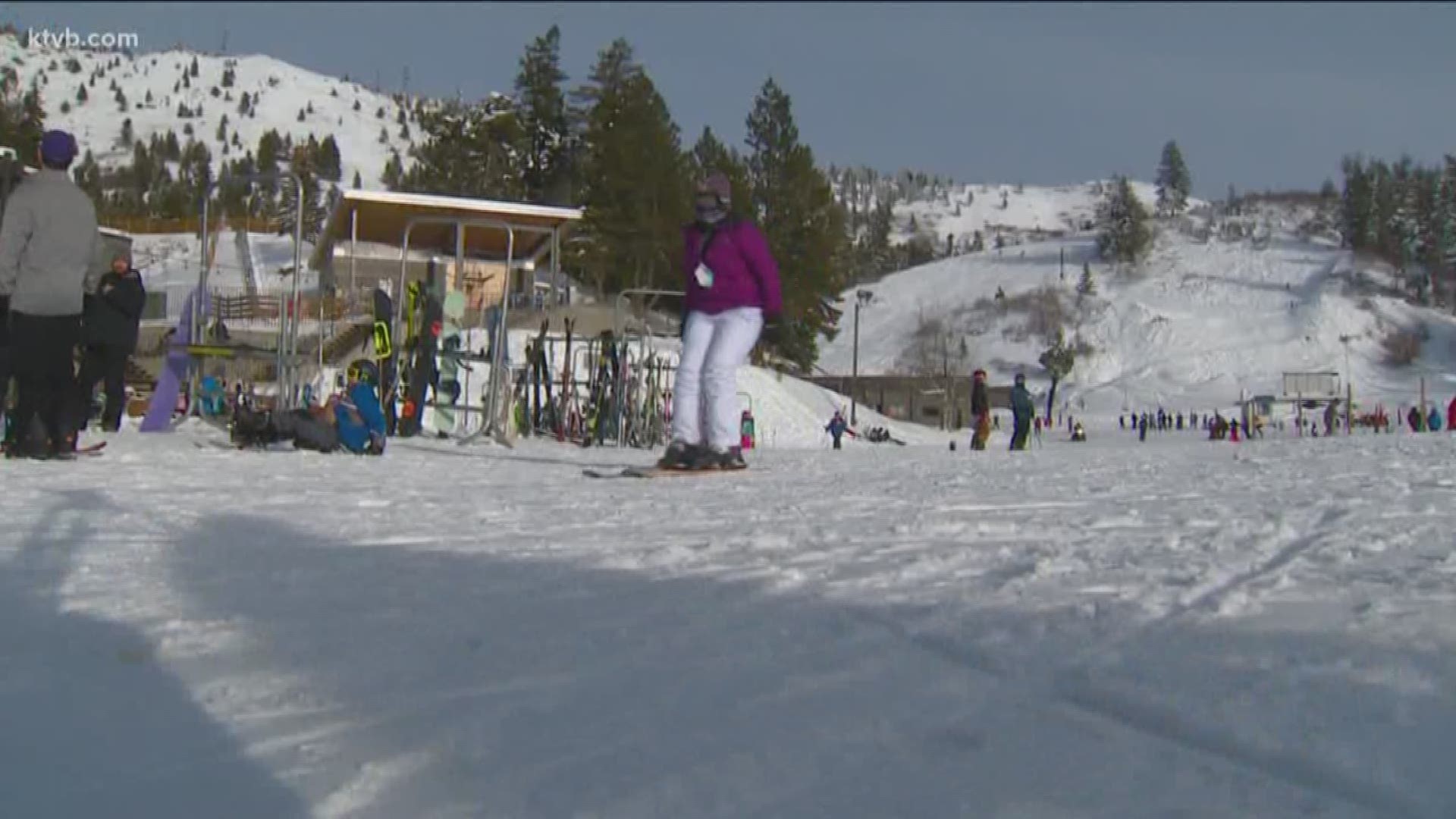 BOISE, Idaho — With U.S. unemployment falling to a 50-year low in September and Idaho’s rate even lower, it could be a big challenge for a nonprofit ski resort to have to hire 500 seasonal workers before winter.

Like ski resorts across the country, Bogus Basin northeast of Boise has dealt with the tough labor market by raising pay and adding perks, and the ski resort is not alone. Idaho ski resorts are offering employee housing, sweetening the traditional benefit of a free season ski pass by adding family benefits and offering other enticements — everything from end-of-season bonuses and a ride to the resort to free on-site child care, according to a report in the Idaho Press.

Bogus Basin raised its minimum wage for most positions to $10 an hour this year.

And Bogus already has hired 400 of the 500 seasonal workers it needs for the season. Unlike destination ski resorts that have just small tourist towns to draw from, Bogus Basin is located just 16 miles from Boise, so the resort has a larger labor pool to tap.

“A majority of the people we hire are young people. They’re there for more than just pay,” said Brad Wilson, Bogus Basin general manager.

Lisa Ogilvy, the resort's human resources manager, added, “I think a lot of them, too, just love being up on the mountain.”

“It’s an enormous challenge for us,” said Dave Byrd, the association’s director of risk and regulatory affairs.

The resort owns some manufactured homes in New Meadows, about 10 miles away, that it uses for roommate set-ups for seasonal workers and also is partnering with Shore Lodge in McCall on dormitory-style housing in town, Whitney said.

“Up here, you have to” provide housing options, she said. “It’s the tourist town. Tourist-town housing is pretty tight, so we’ve really put quite a bit of effort the last few years into making sure we can provide that for people.”

This year, Brundage also is bringing on a half-dozen or so college students from South America through the J-1 visa program, a program that the national ski association said provides 5-10% of ski area seasonal workers nationwide.

“We’ve done that off and on for the last 12 or so years, depending on what the local labor market will provide,” Whitney said. “It’s their college break during our winter.”

The program requires employers to provide housing and specified numbers of work hours.

“Generally, they’re interested in a cultural experience,” she said.

Brundage hires more than 300 seasonal employees every winter, Whitney said. The resort also has roughly 50 employees on board through the summer, so some stay on most of the year.

Jon Reveal, president of Tamarack Resort near Donnelly, said that resort also has workers who come on for both the summer and winter seasons — some seeking out a schedule he called the “4-2-4-2-4.” The idea is to work hard for four months in both summer and winter, then between the seasons, take two months to travel to destinations ranging from Europe to New Zealand.

That schedule is especially popular with young people, he said. “That’s what I did. … You can get a long ways away in two months.”

Tamarack is about halfway through its seasonal hiring, he said. About 130 jobs out of a full winter staff of 180 are seasonal.

“We’ve moved some of our employee hourly rates up to be able to attract more people,” Reveal said, including “back-of-house” kitchen jobs and jobs requiring working the night shift, such as grooming and snowmaking.

Sun Valley also has been offering substantial employee housing in recent years. “An affordable place to live is an increasing challenge for most mountain and resort towns as long-term rentals are taken off the market, making it increasingly more difficult to live and work in these communities,” the resort says on its website.

That’s why, the resort says, “We now have the ability to house over 520 employees living and working at Sun Valley Resort.”

Most entry-level positions at Sun Valley, other than tipped positions, pay $9 to $12 an hour, according to the resort’s website. In addition to employee housing, the resort offers an employee dining room with low-priced meals, free laundry facilities and an employee fitness center.

“We do do a lot of outreach,” resort spokeswoman Kelli Lusk said.

Tamarack considered using the J-1 visa program this year, but decided against it, Reveal said.

“We were very close to doing it this year,” he said. “I find them very effective.”

“In the past, even six or seven years ago, there were enough people that were under-employed or not employed at all that we had a much easier time filling all our jobs, so we didn’t need that,” Reveal said. “But as we move forward … we’re probably going to have to rethink that position and get into the J-1s.”

Wilson said Bogus Basin has used the J-1 program in the past, but not recently.

“There are a lot of strings attached,” he said, including providing housing. “The diversity is really neat to see on the mountain, but we have not needed to do that. … As your local nonprofit, we’d much rather employ local.”

He said Bogus’ high hiring numbers come because it offers night skiing, so it must operate two shifts of employees.

“Typically, a ski area our size wouldn’t hire 600 employees,” he said. “We really feel that the night skiing operation is living up to our mission of being affordable and accessible to those people who work 9-5. It helps support our nonprofit mission. The night skiing is not a money-maker for us.”

Wilson described Bogus as “a small city” as far as its hiring needs, from ski patrol medical staff, ski instructors, food service and retail workers to mechanics, equipment operators and even teenage chair-riders as young as 14 whose job is to ride chairlifts with small children taking ski lessons to accompany them safely to the top.

“I don’t know of any other ski area in the country that hires people to ride up the chairlift with young kids, so that young children don’t have to ride by themselves or with a stranger,” Wilson said.

After riding up the chair with the child, the teens ski back down the hill to do it again. Bogus hires 30 to 40 chair riders each season. About half already have been hired.

“What a great job for a high-school kid,” Wilson said. “They get their season pass.”

Chair-riders are among the few positions at Bogus not subject to the new $10 minimum hourly wage. The others are entry-level bussers and tipped employees.

Benefits for all seasonal workers include a free ski pass for the season, free transportation up and down the mountain and discounts on rentals, lessons, food and more.

Whitney said at Brundage, she wants to “get the word out that we’ve got some flexibility – we’ve got all kinds of jobs for all kinds of people, and that old idea that ski resorts pay minimum wage, at least in our case, is an outdated notion. We definitely pay significantly above minimum wage.”

Brundage is still looking particularly for lift operators “if somebody wants to come up and, as we say, 'spend a winter making the world go ‘round,'” Whitney said.

“We can find a good fit for anyone who’s friendly and willing,” she added.