According to the Better Business Bureau (BBB) Scam Tracker, Boise is second only to Los Angeles for reported rental scams per capita. 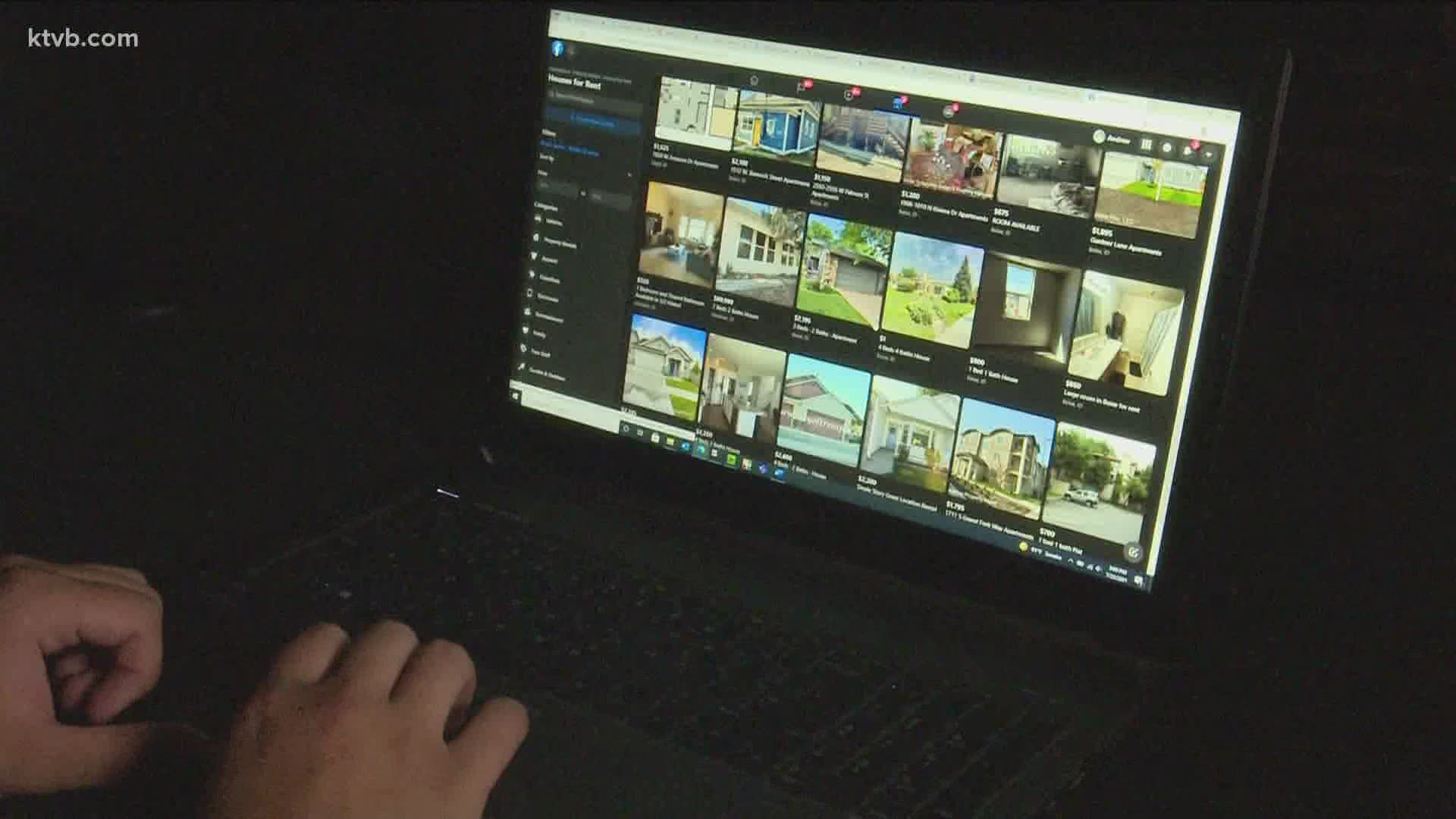 And because of the nature of her job –the constant search for short-term rentals and leases – she knows all about rental scams.

She filtered through all the fake listings and scams before coming to town. Or at least she thought she did.

“I think I lost $1,100. Somewhere around there,” Kolb said. “He never talked to me again. He blocked me on everything. On Facebook from the original message. He wouldn’t answer any phone calls.”

It’s a story all too familiar with the Boise Police Department (BPD). According to the Better Business Bureau (BBB) Scam Tracker, Boise is second only to Los Angeles for reported rental scams per capita.

“It's so common it goes on all over America. It goes on here a lot. We just report it more,” Boise Police Sargent John Terry said.

After seeing so many cases, Boise PD can spot a fake listing on Craigslist or Facebook in less than a minute. And sometimes, it’s as simple as putting the address through a web search and finding other listings for the same unit Boise Police Crime Prevention Supervisor Ed Fritz.

“This is listed at $2,200. But on here it’s listed at half that price,” Fritz said. “Obviously [the cheaper listing] is going to be fake.”

This kind of crime can be a felony. But because it's online, that makes it very difficult to track, according to BPD.

“We try to contact the people immediately, find out where they sent the money. See if we can track down bank accounts or addresses,” Sgt. Terry said.

But most of these criminals acting from overseas according to Boise PD. And they say your money is long gone once it leaves the states.

“Don't shortcut yourself because you'll lose money, and I can't get it back for you,” Sgt. Terry said.

To protect yourself from rental scammers, here is a list of items to look out for courtesy of Boise Police:

"It's just growing so much here in Boise, they're just taking advantage of that because people are desperate to find housing now," Kolb said.

For her, it's a lesson learned. She says there will be a few changes going forward once it's time for her next move.

"Honestly think I'm gonna have to have someone go check out the address every time. I think that's my new immediate strategy," Kolb said.