As the housing market continues to grow and home values go up, a Boise restoration company is working with more and more homeowners that are underinsured. 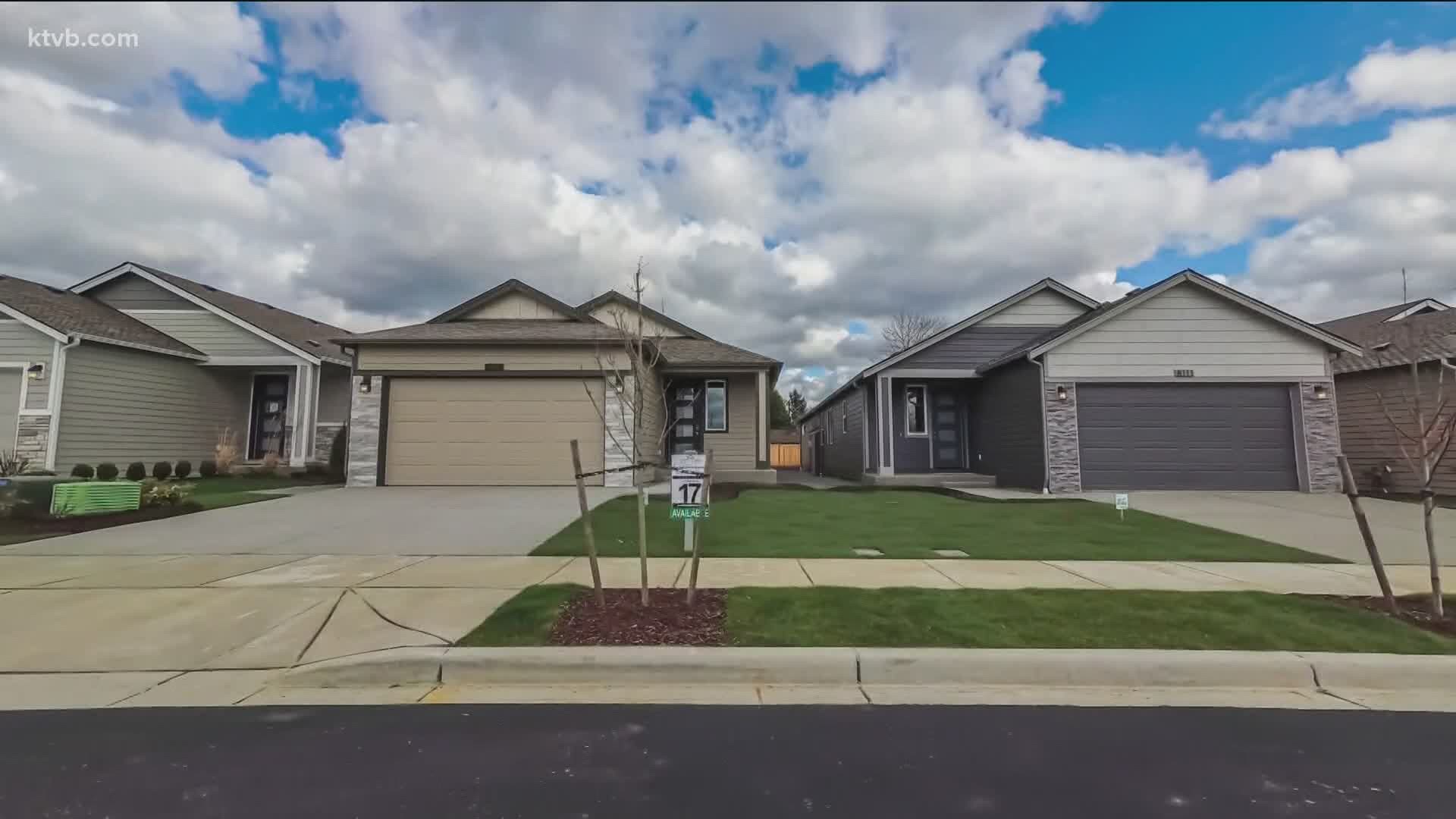 BOISE, Idaho — Idaho's booming population has brought an issue to homeowners they might not even realize they have after it's too late. Those lucky enough to have found a home in the Treasure Valley might see dollar signs at their property's appreciation value, but could end up breaking the bank if they haven't updated their insurance policy.

When a disaster strikes a home, people generally hope their insurance will help replace what was damaged.

Master Restoration in Boise deals with homes and businesses that have been damaged from fire, flooding, mold and more. As the housing market continues to increase and home values go up, the restoration company is beginning to work with more homeowners that are underinsured.

"We've had two fire jobs in the past two weeks and both have been underinsured leaving those people struggling a little bit," said Nick Crabtree, the sales and marketing manager for Master Restoration. "We have a gal right now and it has been 15 years since she adjusted her coverage. She's feeling that pretty hard right now.

Being underinsured means a policy a homeowner has only covered a portion of their losses in a claim. They are paying more out of pocket for the rebuilds than they originally thought. In some cases, homeowners are paying tens of thousands of dollars.

Master Restoration said it is heartbreaking to work with homeowners and tell them their insurance policy limit is not appropriate for their home's current value.

"We come in after this loss has happened and it is too late for them to readjust," Crabtree said.

The cost of housing in Boise is 72% higher than it was four years ago. Add on the recent 200% rise in lumber costs across the nation and the cost to rebuild a home is much more expensive.

"The demand for stuff is way higher than what the supply is right now," said Bryan Graham, the forest products director for Associated Insurance Services.

Graham said homeowners who have been insured with the same company for five years are running into problems with inflation guards that are built into policies. That cap could mean many policies are no longer able to keep up with current costs.

He said homeowners believe when they purchase an insurance policy it will cover everything involved in the home, even through home value increases.

"It's really the cost of reconstruction of the structure itself that needs to be focused on, even in that case I think a lot of homes in the valley are probably underinsured still," Graham said.

"If it hasn't been looked at for several years at this point in time I think you'll notice a significant gap of where it's currently insured versus where it should be insured," Graham said.

Graham adds the increase in coverage is less than most would expect. He figures for a house that is insured at $250,000 but should be at $500,000, the annual premium would go up about $200. It should not double in price.

"I know that nobody ever wants to pay more for insurance but the peace of mind goes a long way and making sure that you have a policy that covers you in the case of disaster," Graham said.