Many native Idahoans have watched their state transform over the years; however, some fear the Gem State is on its way to becoming the next California. 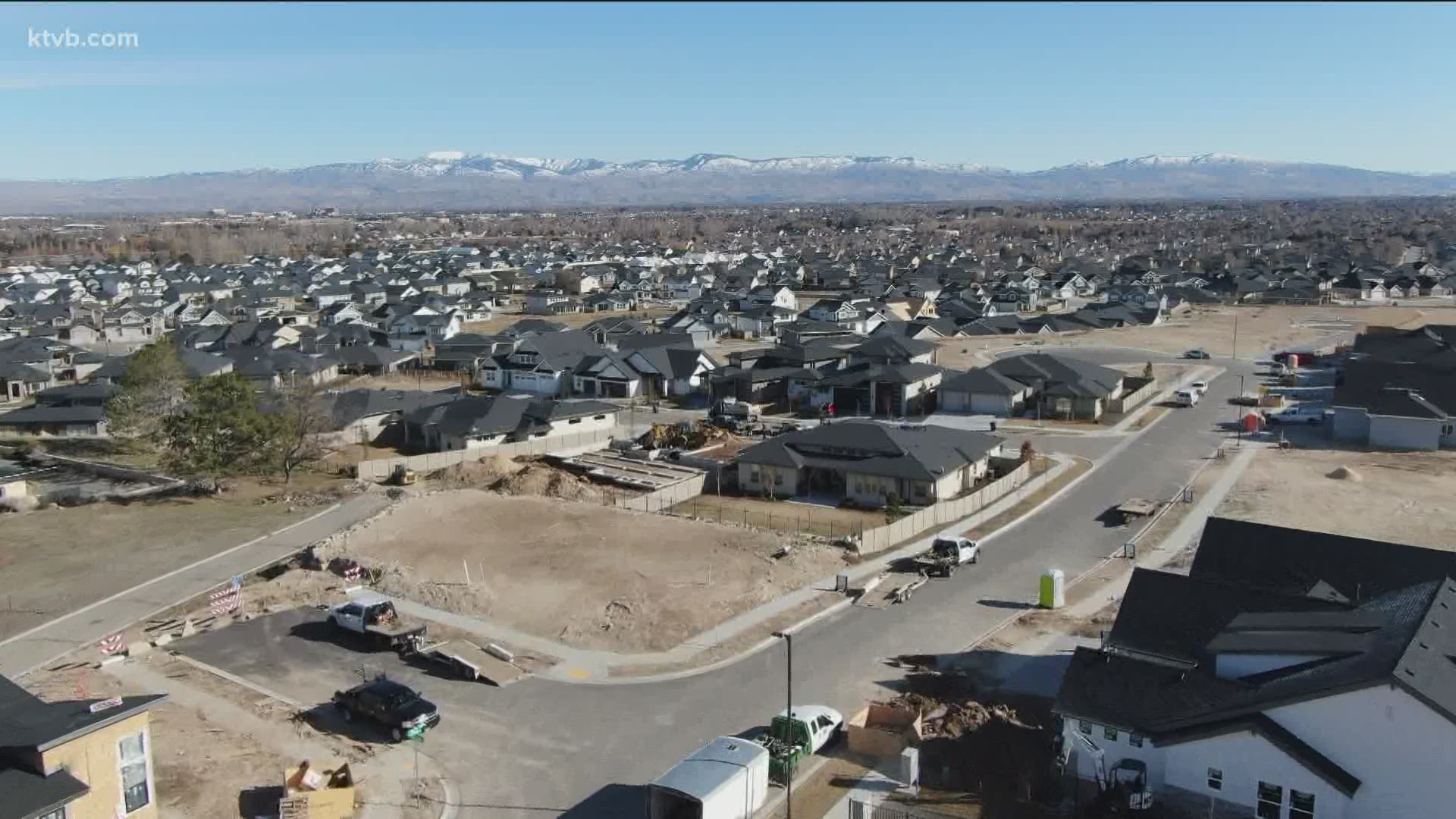 BOISE, Idaho — It's no secret: Idaho is no longer the undiscovered Gem State.

The growth in the Treasure Valley has been nearly impossible to ignore, as more out-of-staters move up North and make Idaho their new home. Over the last five years, Californians made up 46% of the migration to the area, according to the Boise Valley Economic Partnership.

Many native Idahoans have watched their state transform and change over the years; however, some fear the Gem State is on its way to becoming the next California.

So, why are so many Californians moving to Idaho?

Native Californian Dylan Anderson moved with his family to the Treasure Valley in July 2020. Originally from San Diego, they made the move to raise a family in what he described as a clean and safe environment.

"California is kind of going to the opposite direction," Anderson said. "We are not looking to change anything, as opposed to red versus blue or anything along those lines."

The concern for some Idahoans, however, is not political. Some feel the changes over the years are becoming more noticeable.

"I grew up camping every weekend and we have my favorite spots that I always go to and I can't even take my kids there because they’re full," native Idahoan Carrie Despot said. "There's trash left behind. We could say it's all Californians, but the fact of the matter is it's all the people moving here."

Growing up in Idaho, Despot was no stranger to people moving to Idaho from out of state. Over the last 15 years, however, she feels the growth has been difficult to ignore.

"When I grew up here, this was kind of a sleepy, boring town, like I almost couldn’t wait to move away," she said. "Every time I turn around there’s a piece of land that's been developed on. Not only has it been developed but maybe instead of building 30 houses, they build 60. As an Idaho native, the look and feel of our state has changed a lot and there are pros and cons."

The percentage of Californians moving to Idaho has increased 10% in the last five to ten years, something executive director at Boise Valley Economic Partnership Clark Krause understands. Like Despot, however, he acknowledges there are pros and cons to the exponential growth.

"People have discovered this place in the most natural way," Krause said. "Now [they] are getting accolades day in a day out about how good this place is for COVID recovery, unemployment, where to find a job, where is the opportunity, quality of life and living."

Many Northern and Southern California companies have moved to the Treasure Valley in the last several years which, in the long term, brings more economic opportunities to Idaho.

"There's just been this amazing organic growth here and now I think we are seeing people discover that," Krause said. "I think we will always be one of those places that, the greatest things that are going to grow are going to come from within."

While the unprecedented growth came as a shock to many native Idahoans, there is a diverse amount of growth in the Gem State's history, according to Hannalore Hein, an Idaho state historian.

"At one point, Idaho's population included almost 25% people of Chinese descent and our Basque population is very large in relation to other Basque populations around the world," Hein said. "We have a very strong Mormon influence and that actually spans all the way back to before we were even considered a territory."

Idaho's landscape is one factor causing the recent growth to seem so quick and drastic, according to Hein. More than half of the state is not open to settlement and a large portion of the land is held within the boundaries of national forests.

"I think that also impacts and also drives, to an extent, why people come here but also where they can go when they get here," she said.

The reasons many Idahoans chose never to leave the state they grew up in are the same reasons so many Californians are flocking to it: it's simply a great state.

"It's a great place to raise a family," Despot said. "There’s a lot of nice people here. You have the outdoors, we have a beautiful little city, we have our rural communities, but we have the mountains, the river, and all of that."

Whether you are new to the state or a native Idahoan, Despot believes there are ways residents can help keep Idaho the same as it has always been.

"We want to be like Idaho," Anderson said. "We wanted to get out of California, we are not looking to change anything."