The median sales price of a home in Ada County has jumped by 75 percent over the last five years. 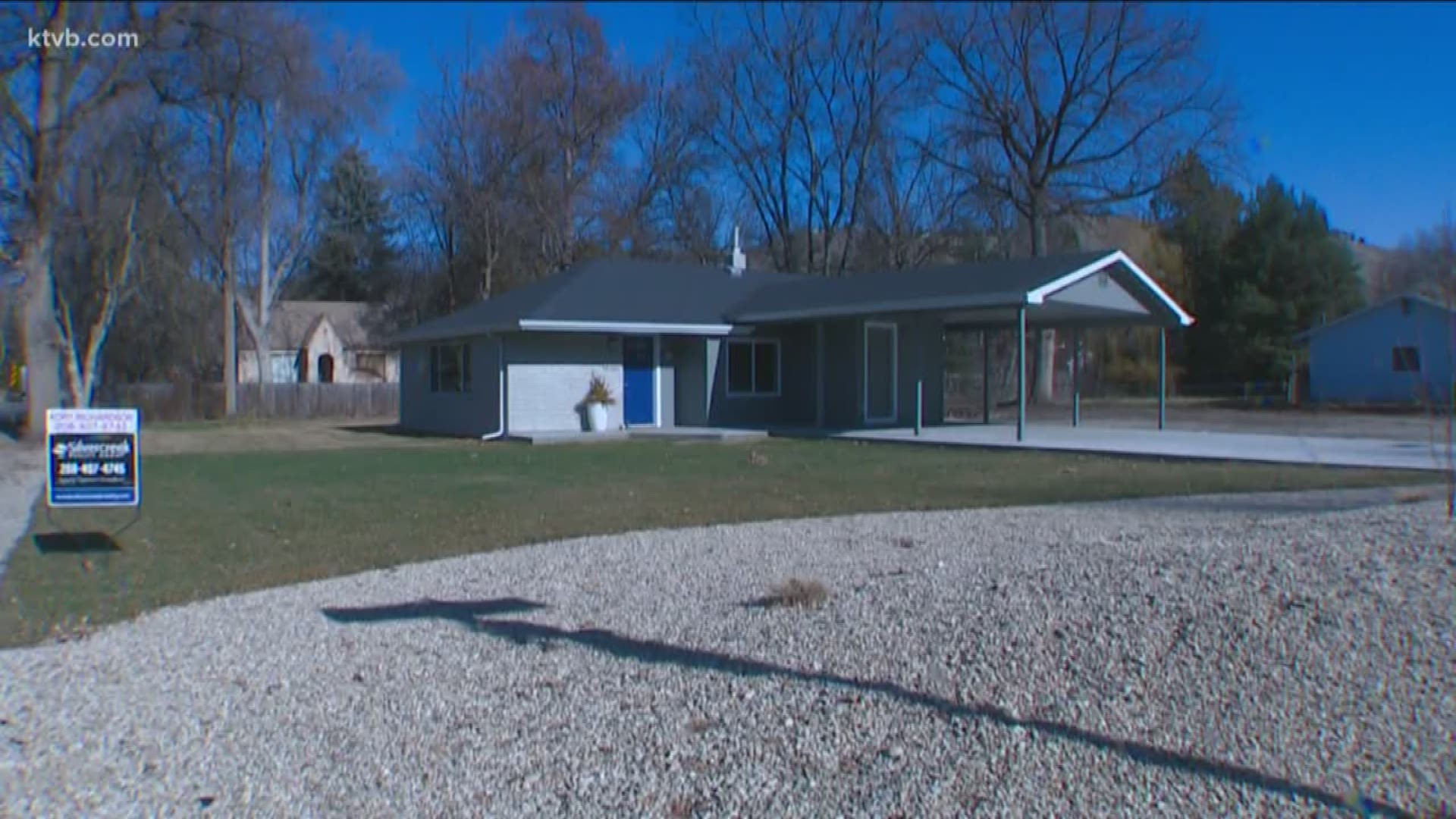 According to a study of the top 174 metro areas by the National Association of Realtors, Boise experienced the largest drop in affordability ranking from 2014 to 2019. Over the course of those five years, the median sales price of a single-family home increased by 75%  in the City of Trees, soaring to $350,000 by December.

High demand, low housing supply and rising construction costs have all contributed to the situation.

The current market can be a gift for sellers, but grueling for would-be buyers who are increasingly struggling to find a home within their budget.

To get a better look at the current housing market, KTVB went home hunting to compare prices and gauge whether Treasure Valley wages are keeping up with the housing boom.

The first home we visited comes in just under the median $350,000 dollar price tag, according to Boise Regional Realtors president-elect Jeffrey Wills.

The home was built in the 1950’s, but newly renovated and close to the foothills.

“I would say the proximity to the foothills is going to be a huge one for people: It has the ability to be close to downtown but far enough away that you still have some isolation,” he said.

It has been on the market for more than 50 days, which is longer than the average.

"For $300,000 to get new construction in Boise right now, it is a good price," Boise Regional Realtors President Michelle Bailey said.

The list price on the new home is much lower than Ada County’s $350,000 dollar average. One reason – it’s backed up against the interstate.

"That could be one of the aspects of the price, absolutely," Bailey said. "When it comes to pricing a property, location obviously has a huge impact on that."

After 70 days on the market, the home now has a pending offer.

This third home KTVB visited is also in south Boise and new construction.

The home’s $399,990 dollar list price is close to the average price for newly-built homes in Ada County.

But what does it take to afford them?

According to Jacob Williams, a financial planner with the Helmstar Group in Boise, it's significantly more than the typical household income in Idaho.

While housing prices shot up over the last five years, wages increased at a much more gradual pace.

"You don't want to get yourself over your head and then have different economic challenges and you're not able to balance that with some other bills you have going on," he said.

Currently, Williams said, many people are stretching their budgets thin by pouring half of their income into housing alone. Ideally, no more than about a third of someone's monthly income should go toward rent or a mortgage, he said.

But with demand staying consistently high, following those guidelines are not always an option.

Although the homes we looked at earlier have all been on the market for more than a month, Bailey said houses often go much faster - some within hours.

Low inventory adds to the strain, she added.

"We don't have a lot of inventory for properties under $300,000, so our market is absolutely starved for those lower-priced properties," Bailey said.

At the end of January, there were 56 homes for sale in Boise with a sales price lower than the median price of $350,000 - less than a quarter of homes listed.

"It is frustrating that we don't have a lot of inventory especially on the lower end spectrum," Bailey said.

"We can't seem to build fast enough. The pricing of land and the price of building supplies is higher," Bailey said. "What is the profitability of being able to actually build in those price points right now is hard."

One silver lining, however: Although prices are continuing to soar, Bailey noted that interest rates are at historic lows, which helps some buyers to get into the market.

Williams, the financial planner, said it is clear that one way or the other, the trend of ballooning housing costs cannot continue indefinitely.

“Just nationally with the increase in home prices, that versus the increase in wage growth especially here in Ada County, it's definitely not something that is sustainable," he said.