The overall goal of the Avimor development is to build 10,000 homes over 40 years in Ada, Boise and Gem counties. 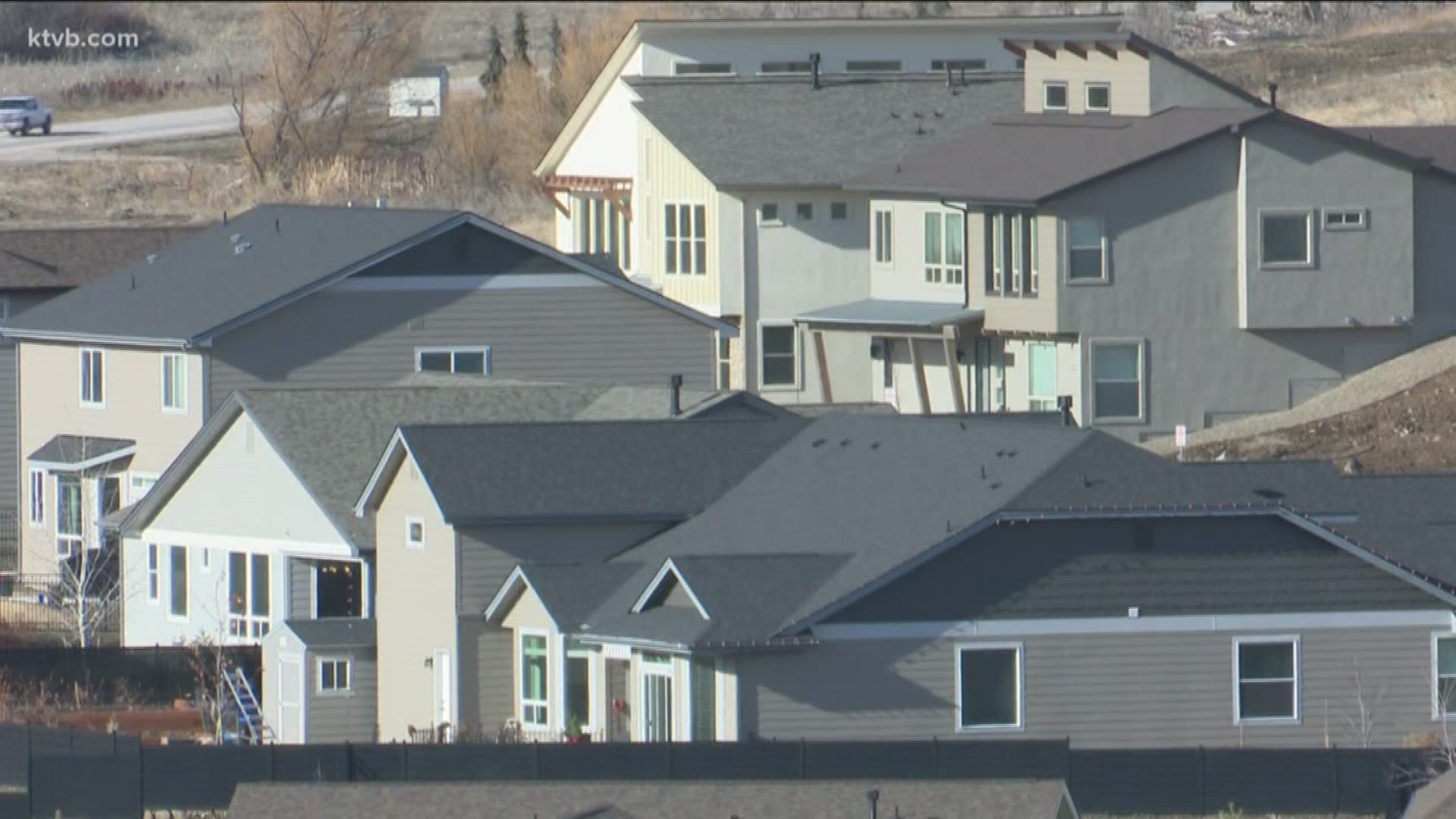 EAGLE, Idaho — Members of the Boise County community got a chance to ask questions and voice concerns over a planned expansion of the Avimor development, north of Eagle.

The project would include 10,000 new homes over 40 years and would eventually spread across Ada, Boise and Gem counties.

According to Dan Richter, managing partner of Avimor, the development's total space is 23,000 acres. But homes will only be built on 7,000 acres and the rest will remain open space.

The Avimor development has been in the works since 2003 when the McLeod family first proposed the idea. The first homes in the Avimor community, which sits right off Highway 55 between Eagle and Horseshoe Bend, went up in 2008.

Since that time, new homes have continuously been built.

Now, the project is working on expanding into its next phase, which would stretch into Boise County.

Monday night, Avimor representatives held a community meeting in Horseshoe Bend to talk about the project and answer questions from the community.

About 50 people showed up to the meeting, many of whom voiced concerns or hesitations with the development.

Some of the most common concerns included how the development would affect emergency services, how much of a burden it would add to transportation and other infrastructure, and what would a growing Avimor community do to local school districts.

Richter told those at the meeting Avimor is working to address those concerns with the goal of keeping it a family-oriented, friendly community.

“We want it to be a series of small towns and hamlets connected by trails the kids can bike between,” he said. “The McLeod family wanted it to be a small-town feel like they grew up in.”

One big misconception Richter said people have about the Avimor development is there will be big corporations coming in - which isn't true.

“Somebody feared that we were going to have a Wal-Mart out here and Avimor is never, ever going to have the big boxes," he said. "It’s going to be small towns.”

Two more community meetings will be held this week. One will be held at Avimor on Wednesday, Feb. 19 at 5 p.m. The other meeting will be held Friday, Feb. 21 at 5:30 p.m. at Crouch Community Hall.