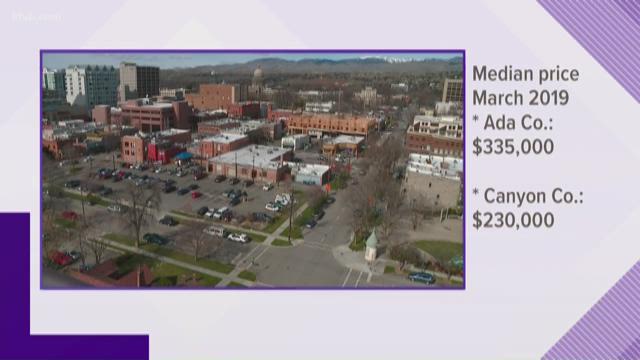 The Idaho Statesman reports the median house price in Ada County, which includes Boise, jumped $10,000 from February to March to $335,000, according to Intermountain Multiple Listing Service reports.

That's a record high and the highest median price since $334,400 in August.

Nampa real estate agent Rick Gehrke sells in both counties. He says he expects prices will rise again during spring and summer.

Gehrke says that existing homes in March in Ada County were sold after 30 days on the market on average.