Without adequate funding, Highway 16 extension may take up to 20 years to complete

The urgency of the $450 million project was thrown into the spotlight after Amazon announced plans to build a major new fulfillment center in Nampa next year. 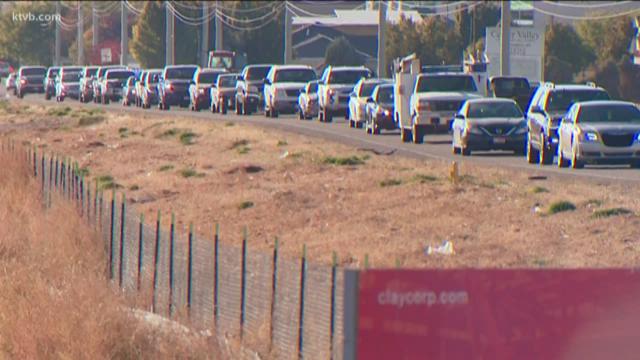 A highly anticipated $450 million project to extend Highway 16, a major north-south connector in the Treasure Valley, may not get finished for another 20 years unless the state finds additional funding, according to a report from the Idaho Press.

The Idaho Transportation Department is planning to one day extend Highway 16 from Chinden Boulevard (Highway 20/26) south to Interstate 84 — a more than four-mile stretch through the Star, Meridian and Nampa areas that ITD spokesman Jake Melder said would cost an estimated $450 million in 2019 dollars.

“As the Treasure Valley continues to grow, Highway 16 will keep people moving as a vital north-south connection to major east-west corridors in the heart of the metro area,” Melder said.

RELATED: Public gets opportunity to check out Highway 16 expansion project 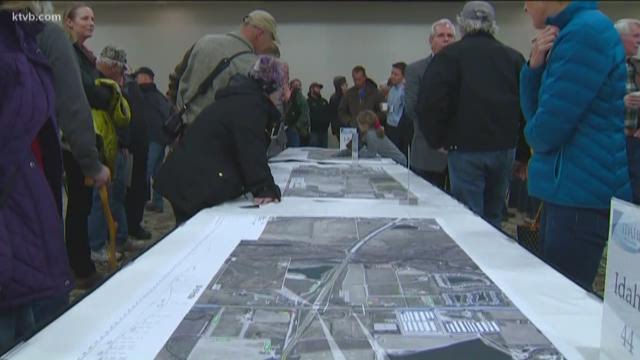 The urgency of the project was thrown into the spotlight after Amazon announced plans to build a major new fulfillment center in Nampa next year. Vehicles going to and from the facility would rely on Highway 16 as a close access point to Interstate 84.

The fulfillment center is expected to generate nearly 7,000 vehicle trips per day, according to a traffic impact study on the Amazon development, known publicly as “Project Bronco” at the time.

“Project Bronco came in out of left field,” said Mary Ann Waldinger, principal planner for the Community Planning Association of Southwest Idaho, or Compass, the metro planning organization for Ada and Canyon counties.

Highway 16 extensions are currently unfunded, Melder said. Matt Stoll, executive director of Compass, said the state transportation department does not have the means to fund the construction any time soon.

As it stands, Stoll said there are several other major road projects that need to be finished before Highway 16 is addressed, some of which Stoll said should have been completed in the 1990s.

Construction of the extension is planned to occur in several phases. When finished, the extension will connect the highway to the interstate and create several interchanges and overpasses through some of the major corridors along the way.

In 2014, the state opened a 2.5-mile stretch of Highway 16 between Chinden Boulevard and State Street (Highway 44) near Star as the first phase of construction, which cost $102 million. The project was western Ada County’s first new Boise River crossing in more than 20 years.

The next phase will connect Highway 16 to I-84 and is projected to cost $265 million, though ITD has not determined a timeline for construction yet. The third phase will construct interchanges at several points including I-84, Franklin Road, Ustick Road and Chinden, depending on when funding is available. The overall estimated cost of phase three is $185 million in 2019 dollars.

Nampa officials believe the Highway 16 extension will benefit Nampa drivers as a nearby access point to the interstate and ease some of the increasing congestion from the steady growth the city is experiencing. Nampa recently surpassed 100,000 people and is growing by about 3.7% every year, according to Compass.

Nampa officials have reached out to ITD officials to express their desire to expedite Highway 16’s construction timeline, Melder confirmed. But without adequate funding, and without plans to request additional funding from the state in the 2020 legislative session, ITD has not solidified the final design or construction timeline.

“We’re not speeding up anything, because there is nothing to speed up,” Melder said.

ITD has about $90 million that was made available through a federal Infrastructure For Rebuilding America, or INFRA, grant, which was the biggest federal transportation grant Idaho has ever received. The grant money went toward ITD’s I-84 expansion, but it freed up the same amount of funding to go toward purchasing right-of-way for Highway 16, Melder said. The department has not purchased the right-of-way yet, he said.

Between 75 to 100 parcels of land and 15 to 20 homes are expected to be impacted by the highway extension, said Melder, adding that ITD is still working out the final details. The homes are located throughout area planned to one day hold the future corridor, although Melder said several are near the place where the I-84 interchange will be. He was not sure if any of the houses would be demolished as a result of the project.

Credit: Idaho Transportation Department
Rendering of the proposed Highway 16, Interstate 84 interchange at it ultimate build out.

Nampa resident Peggy Paul lives on about 80 acres of farm land in the path of the future highway. She said her family has lived on the property since 1970 and would like to preserve as much of the land as possible. But she’s willing to work with ITD.

“Idaho is growing, so what can you do?” Paul said.

Paul’s house is not in the way of the highway, but a portion of the farmland is, she said. ITD officials have discussed with her the possibility of purchasing part of the land. However, Paul said there has not been an appraisal of the property, and ITD officials have not made a final decision on what land they need. Paul said she does not plan to move out of her house.

“When they tell us exactly what they need, we can work with that,” she said.

Beyond the $90 million through the federal grant, there are no other major sources of funding allotted for the highway extension. Melder said ITD previously spent $7.6 million on the environmental study for the project’s first phase, along with the $102 million for the construction.

According to an ITD report, the department received a total of $333 million from federal reimbursements in fiscal year 2018, along with nearly $348 million from the state. The majority of ITD’s state funding comes from the state registration and fuel tax, Melder said.

But the Treasure Valley is experiencing a major shortfall in transportation funds and needs $235 million every year for the next 20 years to cover all unfunded transportation needs, Stoll said. Those needs include long-term unfunded projects and deferred maintenance on the existing transportation system, and Stoll said the state should not expect much additional federal funding in the near future. Congress has not increased the federal gas tax since 1993, he said, which is a primary source of transportation funding for states.

The Highway 16 extension could qualify for Federal Highway Administration Grant Anticipation Revenue Vehicle or “GARVEE” bonds, which allows states to pay for road projects by borrowing against future federal highway payments. In 2017, the Idaho Legislature approved $300 million in GARVEE bonds to go to ITD, a majority of which helped pay for the I-84 expansion. ITD has since allocated all of the $300 million.

ITD could also use funding from the State Tax Anticipation Revenue or “STAR” program to fund part of the project. Stoll said the STAR program is a financing tool that uses sales taxes from local businesses to pay for transportation infrastructure.

Through the program, businesses build needed transportation improvements within the region of the business. The state then reimburses the business over an agreed-upon period of time through sales taxes generated by the business. This puts the responsibility on the business to bring in enough customers to get their money back, and is a little- to no-risk program for the state, Stoll said.

With a 650,000-square-foot Amazon fulfillment center in development in Nampa, Stoll said there was discussion about Amazon participating in the STAR program. However, Amazon spokesman Zeshan Kazmi said the company is not interested.

Whether Amazon or any other business is eligible is confidential under state law, commission spokeswoman Renee Eymann said.

Amazon has committed to invest $14.2 million in local transportation.

Even if ITD received funding that could apply to Highway 16, Melder said there are several other partially or completely unfunded projects that are higher priorities and would get the money before Highway 16.

ITD’s highest priority is the I-84 widening, which is underway in Nampa and will eventually lead into Caldwell. The portion of the project through Nampa is funded, Melder said, but there is not enough funding to finish the work through Caldwell yet.

Beyond I-84, ITD’s next priority is Highway 20/26, then Highway 44, then Highway 55 through Karcher Road in Nampa. Once those projects are funded, Melder said ITD would focus on funding Highway 16.

It’s necessary to finish those four projects first in order to keep traffic manageable, Stoll said. Compass expects Highway 16 to see a high volume of cars, so the major roadways connected to the highway must be equipped to handle the level of traffic coming off the interchanges or else the extended highway will create even more congestion.

The state has lagged on transportation funding for years, Stoll said. Several of ITD’s projects that are in the works, including on I-84 and Highway 20/26, should have been finished in the ‘90s, he said. That is partially because there has been resistance from residents and lawmakers to increase funding for transportation, even though Idaho’s transportation system is severely under-funded.

“When you’ve already cut to the bone, it’s difficult to say how you’re going to cut off a limb and still make a transportation system work,” Stoll said.

That doesn’t mean it’s impossible to fund Highway 16 earlier than Stoll expects. He said he did not expect I-84 to be under construction this soon, but ITD was able to find additional funding.

If the department can find additional funds again — through grants, the STAR program or by other means — then it could take less than 20 years to finish Highway 16. But Stoll thought that unlikely.

“I wouldn’t bet your house on getting another $90 million grant,” Stoll said.

More from our partner Idaho Press: Eye on Boise: Idaho's role in the ERA ratification saga