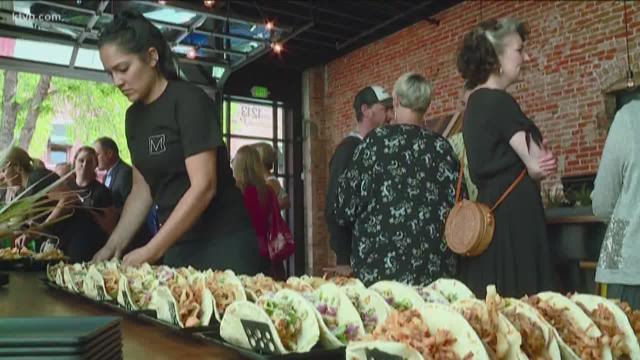 The new businesses are part of the city's revitalization efforts to restore the downtown.

With the downtown seeing several new faces on its storefronts, local business owners say it's been great.

With the same end goal in sight, each downtown business has helped transform Nampa's semi-sleepy downtown into an up-and-coming hub.

“Getting people down here and kind of getting Nampa back to its glory is what the goal is,” Andrew Randall, owner of Mesa Tacos & Tequila, told KTVB in a previous interview.

Ross said she has lived in Nampa for several years and she feels restoring downtown is much needed and she's excited to see the changes.

“It’s just so nice to actually see the downtown being revitalized with businesses people want to come to,” she said.

According to Ross, the change in downtown in the last few years has been "day and night."

“This whole thing down here is way beyond what we thought it would be this quickly," he said. "If you came here two years ago, none of this was here. There’s a vibrancy down here that didn’t exist even a year ago.”

Ross said since the business opened, they've kept busy and she believes it's because more downtown options is something people have been waiting for.

“I think it was something that was desperately needed and just by the turnout we’re getting, I think the community believes that also,” she said.

Mullins said other empty store fronts nearby have businesses already slated to come in and should be operational again soon.

This week, the City of Nampa also announced it has hired its first-ever Main Street manager.

Jay Snyder will be taking on the role and will work with the city's development teams, the mayor's office and a board of directors to continue work on the downtown revitalization. He officially starts the job Nov. 4.