KTVB reached out to Boise, Meridian, Nampa and Caldwell police departments to find out if they are keeping up with the booming population. Some of what we found out might surprise you. 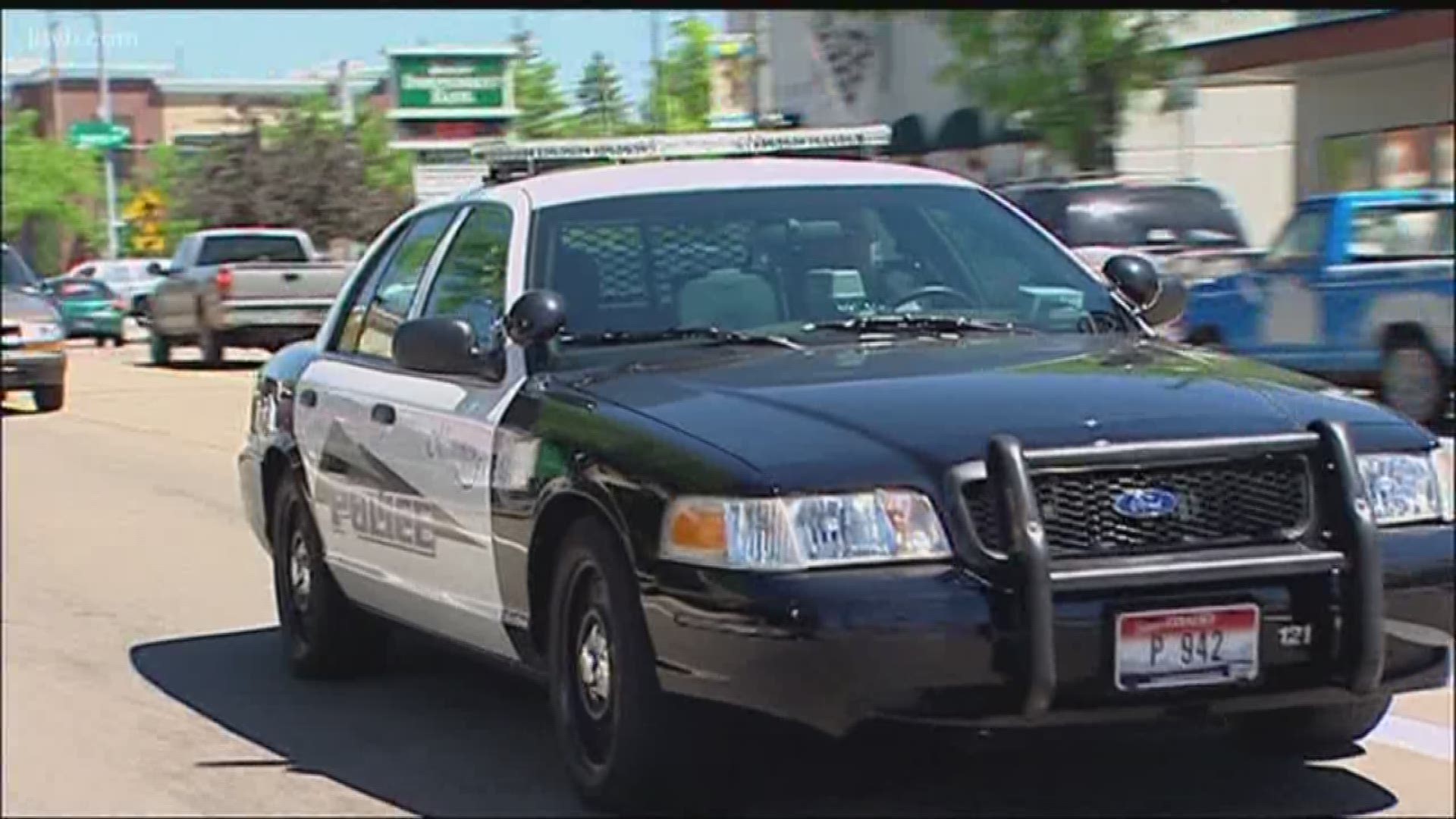 BOISE - With robust population growth throughout the Treasure Valley, those who protect and serve are confronted with the challenge of keeping up. Each and every day, local police departments must work to tackle growth and address challenges that accompany growth, such as higher crime rates and the need to hire more officers.

KTVB reached out to Boise, Meridian, Nampa and Caldwell police departments to find out if they are keeping up with the booming population. Some of what we found out might surprise you.

For uniformity purposes, we are citing Federal Bureau of Investigation (FBI) population data for the majority of cities in this story except Boise, which provided population numbers from Benchmark Reports and BPD Annual Reports.

While it's not a basis for staffing decisions or comparison, a common and simple measurement police departments look at is officers-per-thousand residents. Local police chiefs agree it doesn't illuminate the whole picture, but we are providing the data for each agency highlighted in this story to measure how departments are growing in connection to their population.

The City of Trees has landed on prominent lists as one of the fastest growing cities in the nation. Looking at Boise over a span of a decade, data provided by the city shows Boise's population was 226,900 in 2016 compared to 211,473 in 2006.

Boise Police Chief William Bones says as the community grows, they get a lot more calls for service and more interactions with the community. He says while it's a challenge, it's a good challenge to have because it shows the city is growing and that the positives outweigh the negatives.

"As the population grows, almost every area of criminality is going to grow," Bones told KTVB. "Our challenge is to keep that growth smaller than our population growth to maintain the quality of life we've got in Boise today.

"When you compare Boise to the other cities across the nation of similar size, we are one of the safest cities with some of the lowest crime rates in the nation," Bones added. 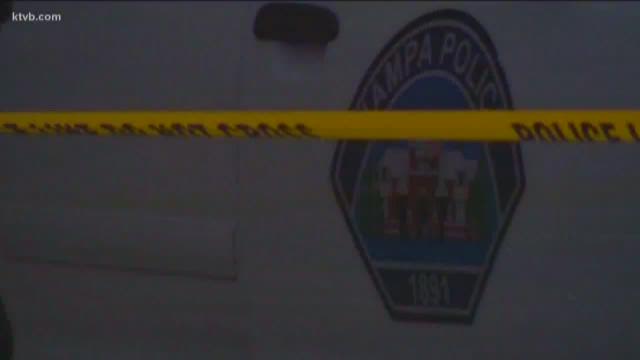 Chief Bones feels the department is able to handle the crime and maintain quality of life in Boise with the number of officers they have.

"The number of officers you need really is driven by the crime rates you have and we're really lucky here in Boise because we've been able to keep our crime rates low," Bones said. "Instead of letting the crime occur and being reactive to everything, we've really invested on the front end. Whether it's a school resource officer, it's your neighborhood community officer, it's officers out on bikes having that interaction with the public. And I believe that's what gives us that ability to keep the crime rate where it's at in the future."

INTERESTING DATA FROM OTHER CITIES

KTVB found nuggets of fascinating - and somewhat surprising - information related to crime rates and a booming population in Meridian, Nampa and Caldwell.

"Along with that growth comes more calls, the expansion of the city, your response time to calls increases," Caldwell Police Chief Frank Wyant said.

All police chiefs we spoke with agree growth is a good thing because it brings advantages to their cities.

"But it comes with challenges as well," Meridian Police Chief Jeff Lavey said. "One thing we have to do is ensure the public safety and trying to keep our heads above water. And it's a constant challenge of being able to fulfill those needs and maintain those service levels."

Law enforcement must up their personnel and allot resources to issues that arise.

"We have to always look at our levels of officers, our service levels," Lavey added.

Departments have their eyes on crime trends, as well. We found crime rates in some cities in the Treasure Valley are inching back up from where they were 10 and 20 years ago, but at a slower pace than their population growth, while a number of cities are actually experiencing downward trends in major crime categories.

In Meridian - the epicenter of the growth - the police force is growing together with population.

"We get a lot of great recognition about being one of the fastest growing, one of the safest communities, a great place to live, work, raise a family. And those are all great things to have - except it brings more people. And so more people, more challenges," Chief Lavey said.

In 2016, the Meridian Police Department reports there were 92 officers for a population of 94,113 - a rate of 0.98 officers-per-thousand residents.

Chief Lavey says thanks to city leaders making public safety a priority, the department has been able to increase its staff over the years and they will continue to do so as the city grows. Lavey says this year the city approved funding for 114 police officers.

"One of the advantages we've been able to do here in Meridian is still deal with the small stuff," he said.

While the city of Meridian touts a very low crime rate and violent crimes have decreased over the last 10 years, FBI data shows property crimes have increased.

Overall, crime in Meridian increased by less than 300 cases between 2007 and 2016, even though the population increased by nearly 30,000 in that same time frame.

"The crime we do have is what we call 'crimes of opportunity'," Lavey said. "Although we're having additional crimes, our crime levels per population are not increasing."

Let's compare that to a city of comparable size - Nampa - where, unlike its neighboring cities, crime is up, although not dramatically, in major categories such as aggravated assault, rape and theft.

"We need to grow as a department with the city," Nampa Police Chief Huff said.

Currently, Huff tells us there are 113 officers on the force and it's the first time the department has been fully staffed with the officers they are allotted in years.

"One thing right now that's getting a little stressed is our patrol division," Huff told KTVB. "Our detective units, they're stretched thin too."

When Huff took over as chief nearly two years ago, he says the department was lacking quality vehicles and equipment. But that's changing.

"The next step is to get our personnel up," he said. "We're not desperate by any means but we're getting to the point if we don't make a move in the next 12 months, some of the services are gonna start to suffer."

Huff plans to ask the city for more patrol officers and support staff consistently over the next five years.

When asked if the chief believes his department is keeping up with the growth in the city, he said, "I believe it is but I believe we need to act. If you ask me that question in a year from now and we keep growing the way we are I'd say we're a little behind."

Huff says he hired a crime analyst to help determine crime hot spots and trends and to forecast growth. That way they will have realistic numbers to provide city council and their new mayor when they ask for more officers.

Nampa and its next door neighbor Caldwell were once plagued with gang violence. Today, both agencies say they've curtailed the rampant problem, but remain vigilant with gang specialists.

Both departments, along with county, state and federal agencies, were able to tackle the gang problem around 2004-2006 and prosecute and indict those involved with gangs at the federal level. However, many sentences are wrapping up and offenders are getting out of federal prison; some are even back in the community. Chief Huff says they're not seeing an increase in gang violence but they are cautious and keeping an eye out to ensure it doesn't happen again.

Huff says, since getting the problem under control around 2009 or so, they have not had an active gang unit. In other words, no one is dedicated to that area full time.

Caldwell still has officers on their 'Street Sweepers' unit, which focused heavily on gangs in the early 2000s. Today, the unit still addresses any gang issues that arise, as well as warrants, repeat offenders, burglaries and other street crimes.

Rewind to a decade ago in Caldwell.

"There was a time when it was an area where you go, I don't want to be in that area in the evening, I wouldn't take my family there - that type of deal," Caldwell Police Chief Frank Wyant said. "It was constantly, as you got on duty you would hear gun shots or you would just get calls of gun shots and you were constantly racing from call to call."

As we learned, the city of Caldwell has the most unique story as it relates to crime and growth.

"Our crime index and stats show that our population has gone up and our crime has gone down. and typically that doesn't happen," Wyant told KTVB.

The Caldwell Police Department has less officers-per-thousand residents than they did 10 and 20 years ago.

"Our biggest need probably right now is in patrol," Wyant said. "With that growth of patrol, investigators get more cases."

Wyant says the department struggles with retention, since Caldwell doesn't pay as much as surrounding agencies. He says he is working to tackle that issue by asking the city to raise pay. But it goes back to Caldwell's smaller property tax base, which is rising as the city is being reinvigorated.

"I would rather retain what I have right now, ask the city to pay those officers so they don't leave and then start addressing those growth issues," Wyant said.

When asked if Caldwell P.D. is keeping up with the strong population growth, Wyant said, "I think we're a little behind the curve. But again, the reason I think that is because we're trying to address step one, before we get to step two."

Wyant credits his department's success in reducing crime is due to a combination of a number of things: proactive and interactive policing, addressing street crimes right away, innovative approaches and technology, and community involvement and relationships.

"Caldwell lives with a stereotype, not a real, actual crime and safety problem anymore," he said. "And to me that has a lot to do with the support of the community. What do you do with low manpower? Go develop relationships in the community."

"Police are the public, public are the police," he said.

As cities expand, police departments study demographics and take into account the increase of square miles, buildings and infrastructure. Departments across the Treasure Valley are working to ensure they focus on community involvement and proactive policing.

"Really the big ones are population, calls, response time and then unobligated time," Wyant said.

"We look at response times and look at what types of calls for service that we have and what does the community expect from us," Lavey added.

Boise, Nampa, Caldwell and Meridian all say that patrol is the backbone of the force and they could use more patrol officers.

Traffic is a huge concern for all departments; as people continue to flood into the area and cities expand, infrastructure in the Treasure Valley is an obvious issue police officers and citizens are confronted with.

"We know that the infrastructure is not going to keep up with the growth," Lavey said. "We see it every day."