Growing Idaho: How is growth impacting the housing market?

COMPASS estimates the population well over one million by 2040. The growth impact on housing isn't expected to go away. 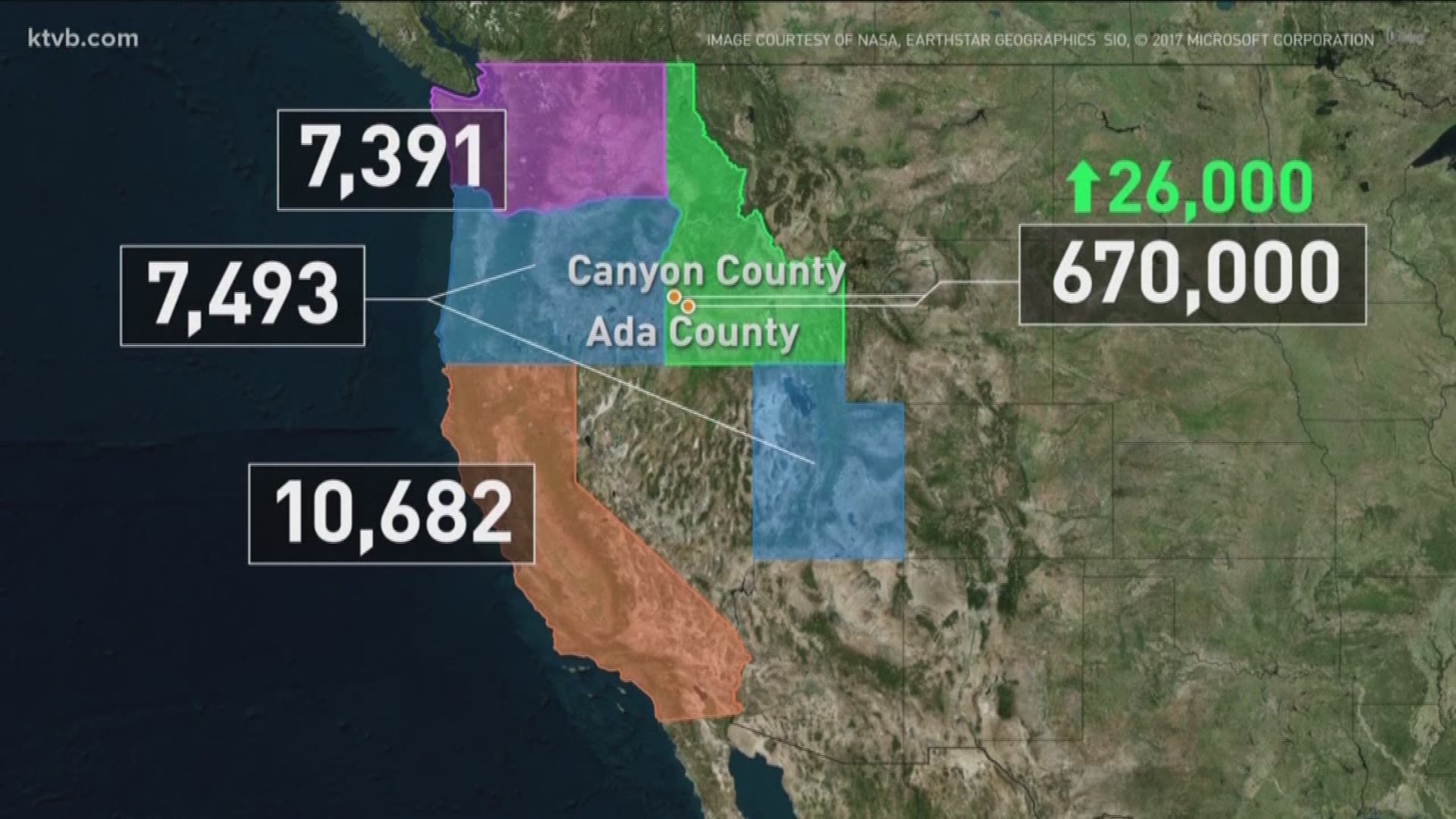 BOISE -- The Treasure Valley is booming. The Community Planning Association of Southwest Idaho, or COMPASS, estimates nearly 670,000 people live in Ada and Canyon counties. That's an increase of 26,000 people from last year. By 2040, our population is expected to be over one million people.

Data collected from the Idaho Department of Motor Vehicles shows where most transplants are coming from: California, Washington, Oregon, and Utah.

Map showing where most transplants into Idaho are coming from. (Source: Idaho DMV)

"We see the retired people moving to the valley," said Miller. "We see young entrepreneurs moving into the valley."

Miller says the growth is impacting real estate, and inventory continues to be low especially for the $150,000 to $250,000 range.

In response, Johnson says rent has been rising and pricing some out of the market.

Adriana Davis and her family were homeless for six months in Canyon County.

Adriana Davis and her family were in transition for six months in Canyon County.

"We tried finding places out there," said Davis. Her family lived in a tent and a small travel trailer, for months after their landlord decided to up their rent. "Trying to find a place that's a little bit affordable, it's hard."

Thankfully the Davis family recently found a place, but it took a long time to find an affordable housing option.

There are 66 low-income housing complexes in Ada County and 47 in Canyon County. These are rentals that use a sliding scale based on income.

City of Boise spokesperson, Mike Journee, says it's difficult to keep up with demand.

"Last year we received $1.2 million in funds for affordable housing," said Journee. "Now back in 1975 when we were much smaller we received $5 million of that, so over time that funding has been cut, and yet Boise continues to grow and the demand for housing continues to grow so that shows you the challenge that's in front of us."

With the COMPASS estimate that we'll be well over one million by 2040, the growth impact on housing isn't expected to go away.

It's an issue Meridian Mayor Tammy de Weerd says communities have to continue to address.

It can be frustrating, but de Weerd says a booming real estate market fueled by out of state transplants should be seen more as a compliment than a challenge. She says it brings more business and more opportunities.

"They came to visit, and they fell in love," said de Weerd. "I'm hearing the biggest promoters of the Treasure Valley are the people that live here."