More discussion and a formal public engagement phase will come over the next few months. 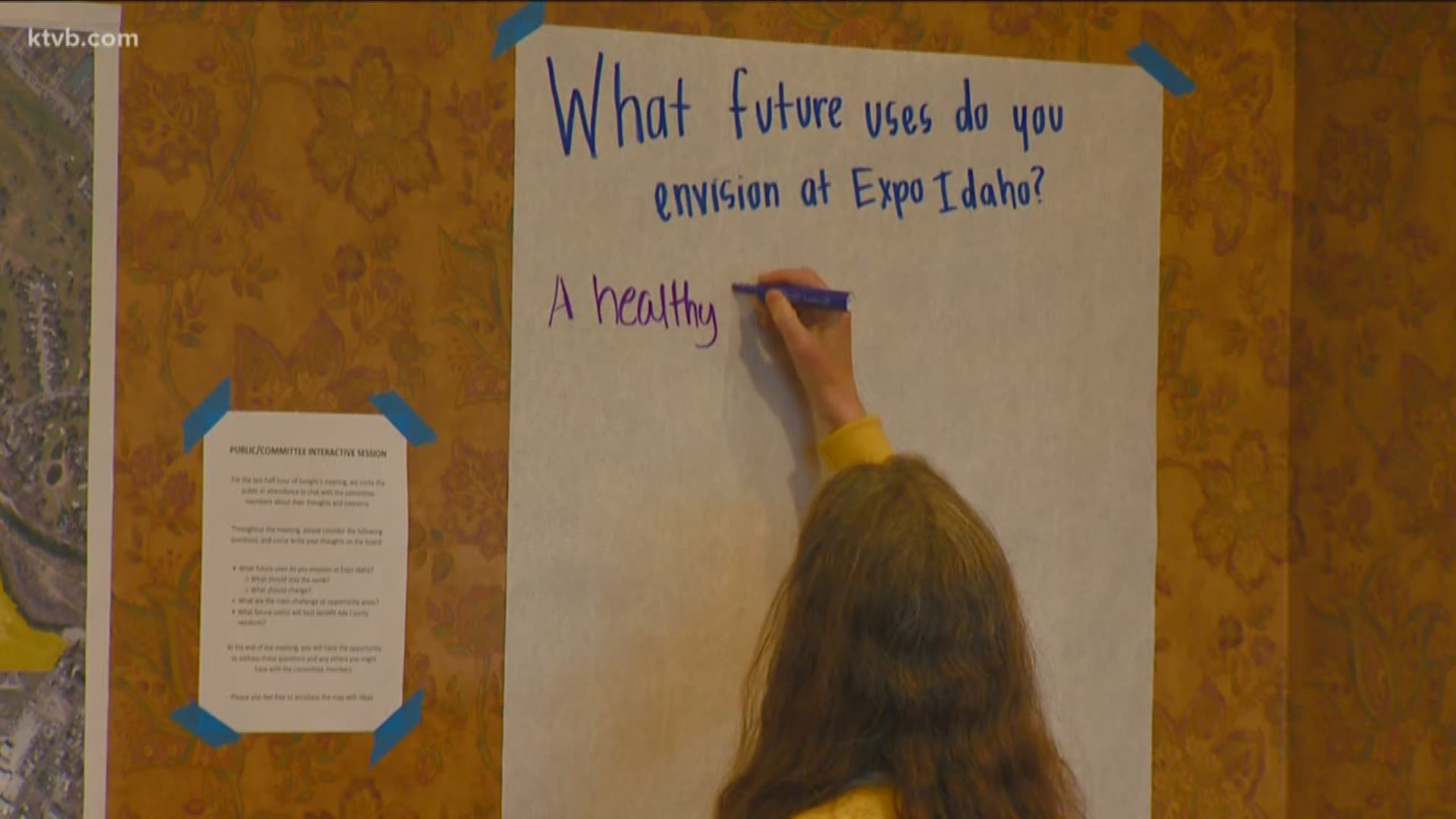 Those were just a few of the ideas people wrote on a board Wednesday evening under the question: What future uses do you envision at Expo Idaho?

"Just getting those wheels turning about the possibilities," said Brianna Bustos, outreach and education coordinator for Ada County Development Services. "Development Services has been going through and trying to really put together some robust information about what's going on at the site, the different events that happen here."

"The commissioners really are sincere about wanting public input on this," Bustos said. "We really want the public to be engaged, so please go to the (Expo Idaho) website, please email us, please give us your comments and your feedback."

Committee members and the communities and perspectives they represent are:

Candidates for the committee attended a meet-and-greet in January to start discussing ideas and learn more about the effort to chart a course for Expo Idaho's future.

A large part of the site, Les Bois Park, has gone largely unused for four years, ever since horse racing operations ended.

The 240-acre property is considered some of the most valuable real estate in Ada County.

It is currently funded by the events held there, not the taxpayers, Bustos said.

Committee members, appointed earlier in February, will meet again on March 18 to synthesize ideas, including those discussed on Wednesday. Later in the spring, they will take a site tour, then further develop what they deem to be the most promising ideas for the formal public engagement phase.

The final decision about the future of the Expo Idaho site will be in the hands of Ada County commissioners.