Eagle View Landing is a three-story office building that will have 75,000 square feet of space. The land used to be home to the Farmstead Corn Maze. 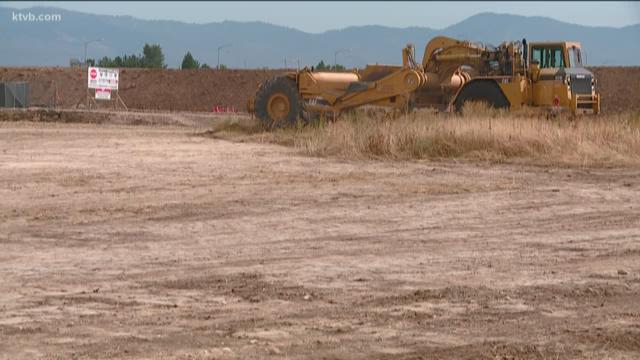 MERIDIAN, Idaho — From corn maze to conference rooms. Fifty-two acres of prime real estate along Interstate 84 near Eagle and Overland roads that once belonged to the Farmstead Corn Maze is now under construction to become the Treasure Valley's newest office park.

The land was bought by Idaho Central Credit Union back in November of 2018. The two companies later partnered to develop the land.

BVA CEO Tommy Ahlquist says the groundbreaking is just the beginning of what he says will be Eagle Road corridor's next premier office site in the Treasure Valley.

Americor, a financial planning company, will move in once construction is complete. They are expected to create around 500 jobs.

The new building should be completed by fall 2020.