The developer is still in negotiations with the oil and gas companies that own the property to relocate the tank farm to an area closer to the airport. 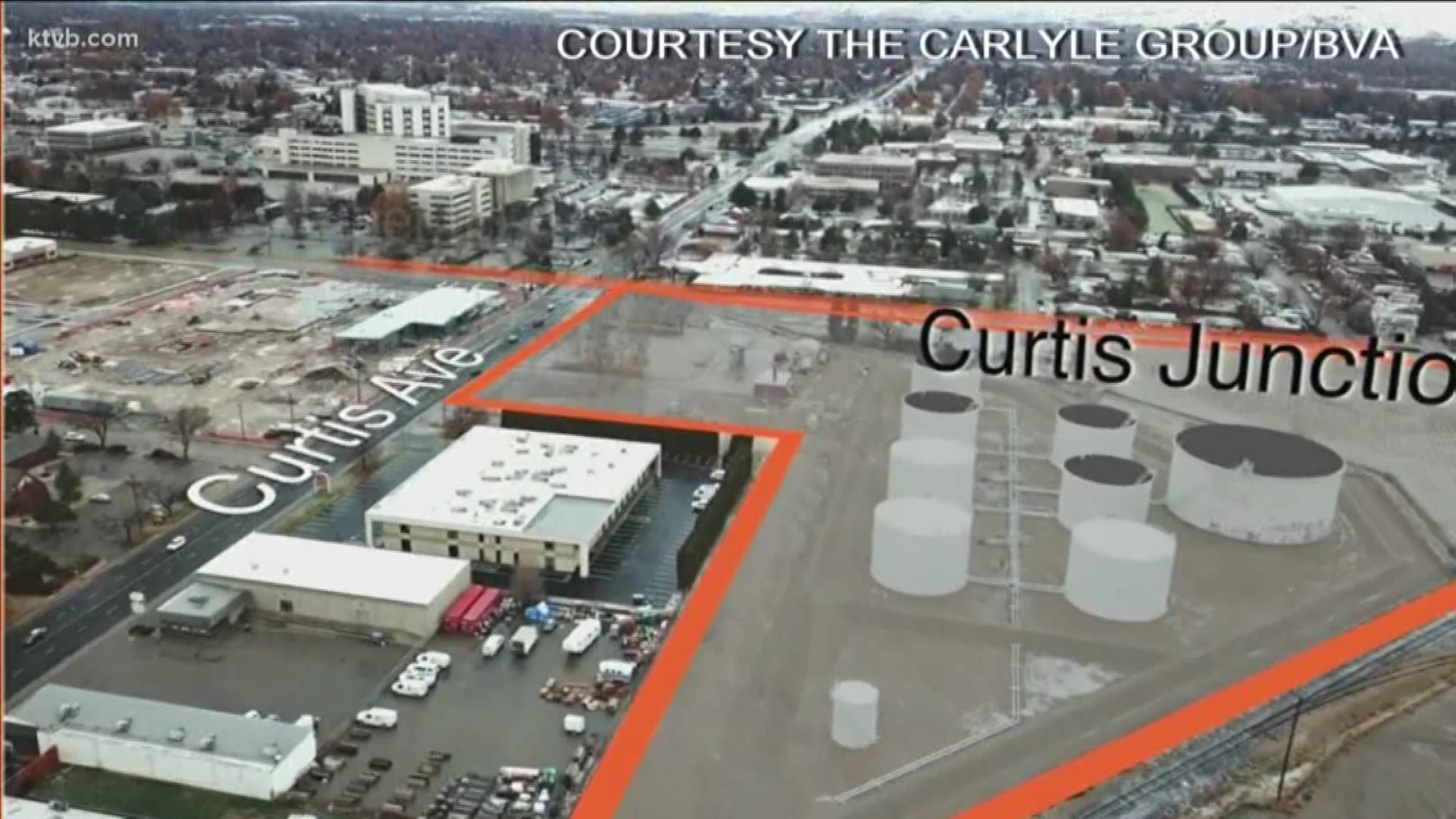 BOISE, Idaho — Another major project is in the works by developer Tommy Ahlquist. The proposed project is at the site of the massive gas and oil tank farms that sit at the corner of Emerald Street and Curtis Road, near Saint Alphonsus in Boise.

If Ahlquist’s plan goes through, those tanks could be moved to a new area by next year.

"The tank farm has been on the bench for years and years ago it made sense for it to be there when it was on the outskirts of town,” Ahlquist said.

When those same tanks are no longer on the outskirts, a plan is in the works to replace those tanks with a mixed-use neighborhood.

“A mixed-use project is one that has several different components to it, the component here would be housing,” Ahlquist said.

The Carlyle Group and Ball Ventures Ahlquist, which Tommy Ahlquist is CEO of, have released renderings that show several apartment-style buildings in the place of the oil tanks.

"We really want to create a neighborhood feel with local restaurants,” Ahlquist said. “And very walkable open environment so people can enjoy where they live."

The first thing to do is get the tanks moved to their new proposed area which would be near the airport.

"Somewhere by I-84 where the fuel could come in and trucked where it needs to go in a much more efficient way,” Ahlquist said.

BVA is currently negotiating with the oil and gas companies. If the two sides can work out a deal with Petroleum Solutions Recovery LLC, then the tanks would be moved, and remediation and development would start.

“It really harmonizes with what’s around it, if you look at the existing parks and existing retail and the hospital right there,” Ahlquist said. “There are a lot of employers and employment surrounding the site so it would be a fantastic neighborhood.”

Ahlquist predicts the project is going to cost tens of millions of dollars. He said he hopes to start working on developing in the next few years, but it really depends on the negotiations with the oil and gas companies.