As demand for housing in the Treasure Valley grows, supplies to build homes dwindle

It isn't just lumber that is difficult to find, the president of the Berkley Building Company said it's hard to find steel plates for trusses, labor and land. 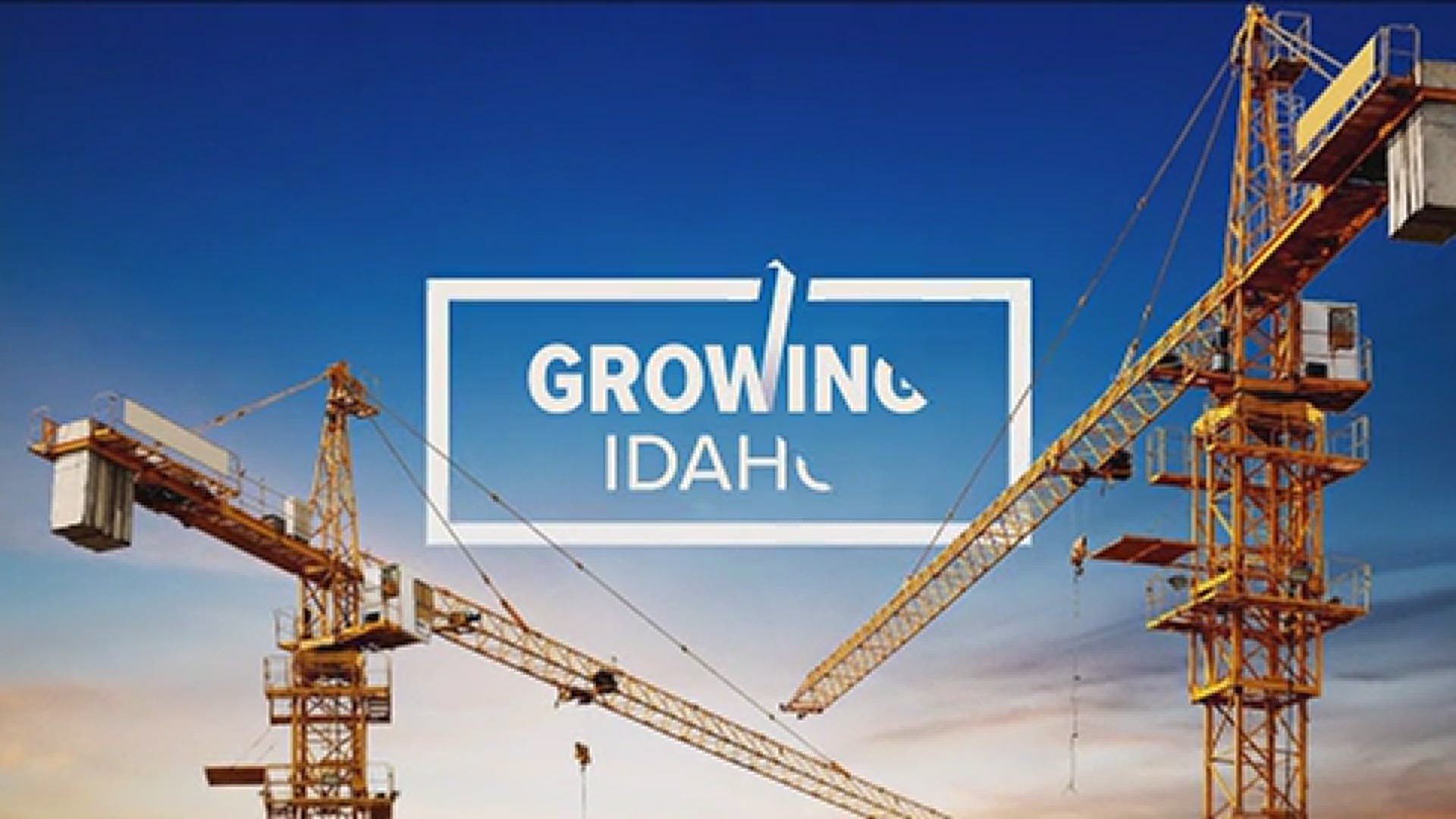 BOISE, Idaho — With housing prices continuing to skyrocket across the Treasure Valley, it doesn't require an economist to see that the laws of supply and demand are in full swing. The low supply of homes and a high demand to call Idaho home are causing housing costs to surge in the Gem State.

While building more houses is an obvious solution to address the lack of inventory, builders in the Treasure Valley told KTVB that it isn't that simple since the supply of building materials is dwindling and the demand for new homes is growing across the nation.

It isn't just lumber that is difficult for builders to acquire, the president of the Berkley Building Company said it's hard to find steel plates for trusses, labor and land.

"We're trying our best to meet the demands but there's just so many things stacked against us," Jenna Englund told KTVB. "When you can't get lumber you can’t build a house and that's the reality. So if we don't have the materials, the labor and the land, it makes it impossible to meet the demand of the Treasure Valley right now."

Due to the shortages of building materials, labor and land, Englund explained that the timeline to just construct a home is growing longer.

"If we think it's going to take three months to build a house, it could take two more months than that because we just cant find people to meet our schedules," they said.

Rod Givens, the owner of Alturas Home, said that the entire process of planning and construction has essentially doubled since the valley's housing boom began.

"Five to six years ago, it might take six-twelve months to buy a piece of land, engineer it, get it entitled and be able to build and I think that's pushing out a couple of years now to get that process through," he said.

The owner of Brighton Corporation, David Turnbull, also told KTVB that it's taking longer than it did in years past to build new homes.

"So we're looking processes that are over a year out when they used to be able to do them within a building cycle here, within a season," Turnbull said.

Credit: Idaho Press
A home under construction rises up in Caldwell, Tuesday, July 2, 2019.

The 31-year veteran of the industry said home buyers will feel the weight of rising costs.

"We can only do so much about it, we can look at substitutions and better ways of doing things, keeping the quality up but making sure we're doing it in the most cost-competitive way we can, but ultimately the consumer pays for it," he said.

Turnbull added that the shortages in most areas of the industry stem from many companies being understaffed, which has "overwhelmed" agencies "and the whole development structure is running at peak capacity right now."

The Treasure Valley's current housing woes weren't something that happened overnight, according to Givens, who has grown up in the construction industry.

"It goes clear back to the previous recession when a lot of contractors really left the market and never came back. We've got shortages of labor," he said.

Jon Hastings, the CEO of Tresidio Homes, analyzed the cost of lumber to build a home has more than doubled from $30,000 a year ago to $82,000 today.

"That's a dramatic increase and that gets pushed onto the price of the home and the homebuyers," Hastings explained. "The challenge for buyers is, they're watching these prices go up and builders are watching their costs go up so much that, builders are reluctant to commit to sales prices right now until the houses are further along."

Englund told KTVB that the current housing market "is so crazy," and the upfront costs before construction can begin are also costly.

"If I price a house today and by the time I get around to build it because I got my permit and I've got the labor and we're ready to go, the house could cost us $20,000 more and in many situations greater than that," she said.

Because of that, Berkley Building Company changed its model and is no longer taking construction jobs since they don't know how much it would cost.

"So we're building our homes and releasing them to the market when they're further along and we have a good idea of when we'll be able to finish and what the cost will be," Englund explained.

Alturas Homes is also planning to build fewer homes due to the uncertainty with the cost of supplies needed to construct them.

"From the builders I know, we would love to build more houses and there are some ceilings on our ability to provide the supply that the market really needs right now," Givens said.

That ceiling of what builders and developers can do with short supplies is being felt by new homeowners, like Nicole Bell and her partner.

They built their home and closed on it about a month ago and they, too, have had to deal with their fair share of delays because of shortages, like the flooring and tile of their house.

"We're still missing cabinet handles, our lighting isn't even completely in, just whatever was in stock they put in for the purpose of getting an occupancy permit," Bell told KTVB. "We were trying to get out of our home, the home we were in, I sold it back in October and it was just delaying letting our home buyer move in and it was just a domino effect. It was just a long process."

Now, the couple is still waiting for their fence to be built. However, she's also watching her neighbors deal with even more severe delays.

"A month ago they put all the footings in for the driveway or the foundation, but you haven't seen the concrete people come in and pour yet and they're just waiting and waiting," she said.

For builders, until the supply of building materials catches up to the demand for homes, they'll have to continue being creative, change their models, attract more workers and work with other builders and the Idaho Building Contractors Association.

Hastings added that shortages have also impacted windows and appliances like microwaves.

The builders said they hope shortages will diminish as things start to reopen and that'll help their ability to build homes. They also stressed that they don't make more money from the increase in the cost of homes because the cost of labor and land has also increased.