Meridian Costco opens after years in the making, bringing lots of new jobs to the Treasure Valley

This is the seventh Costco location in Idaho and the 799th in the world. 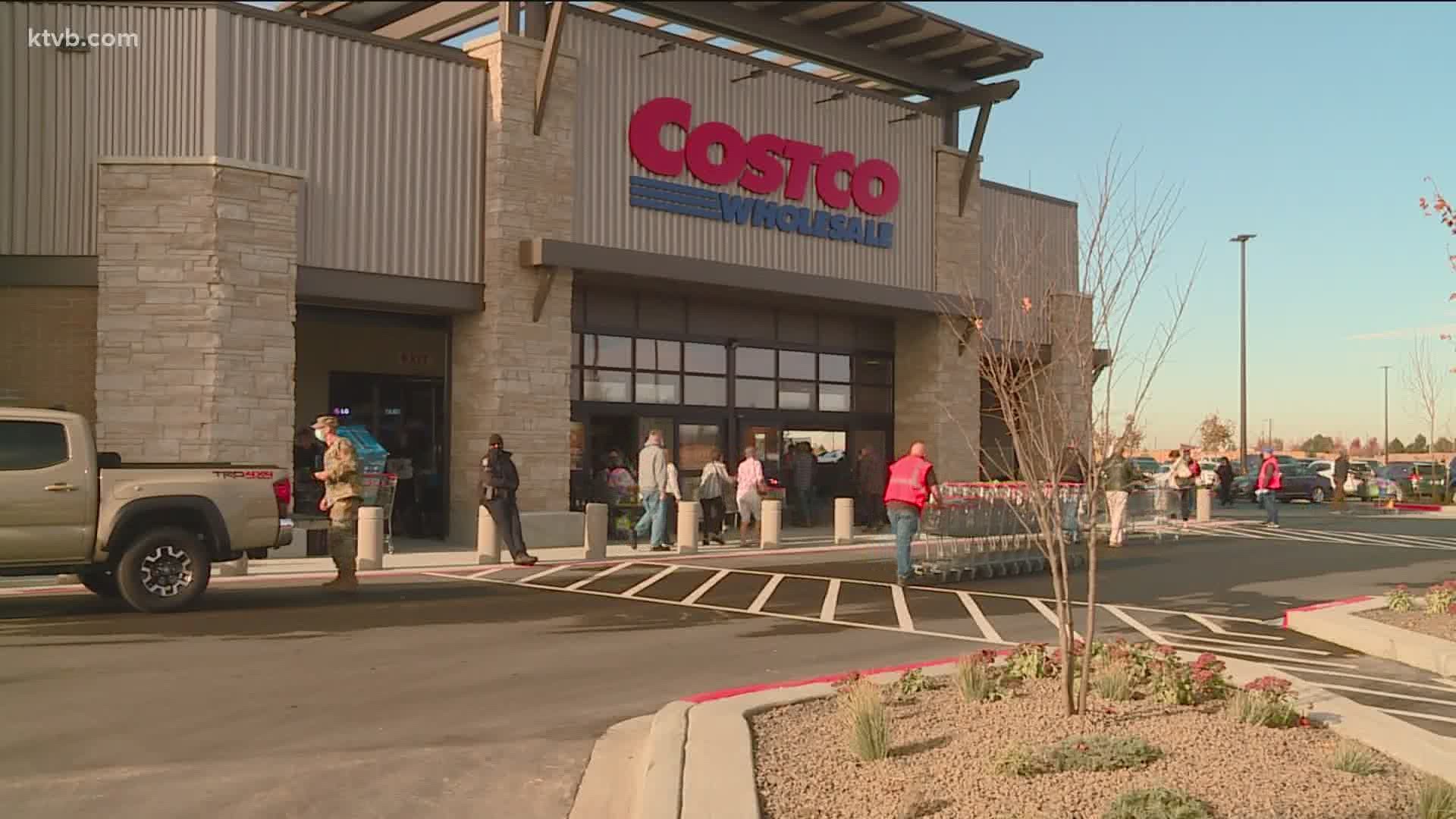 “It’s exciting,” said Costco general manager Doug Homer. “We've been trying to open a building in this part of the valley for gosh, somewhere above 12 years and planned to be here, wanted to be here and it just takes a long time to put everything together and find the right location.”

Gail and Jerry Stepanek were some of Costco's first customers.

“It was great, they had so many employees, everyone was so helpful they came up and asked what do you need and they told us exactly where it was at,” Stepanek said.

He told KTVB some of the workers came from the other existing locations, while 150 of the new hires are from the Meridian and Eagle area.

He says Costco doesn’t come to just any community, they base it on a number of factors like demographics, so this new location is a great opportunity for the city.

“For Meridian this means a lot of things, it means that we're a community that's growing and we’re excited to have Costco here so our residents don’t have to travel as far and these services can be closer to our citizens,” Arial said.

The Meridian Costco is located on the southwest corner of West Chinden Boulevard and North Ten Mile Road.

This is the seventh Costco location in Idaho and the 799th in the world.