Census: Meridian one of 10 fastest-growing US cities

The state of Idaho's population growth over the past decade ranks second in the nation, just behind the neighboring state of Utah. 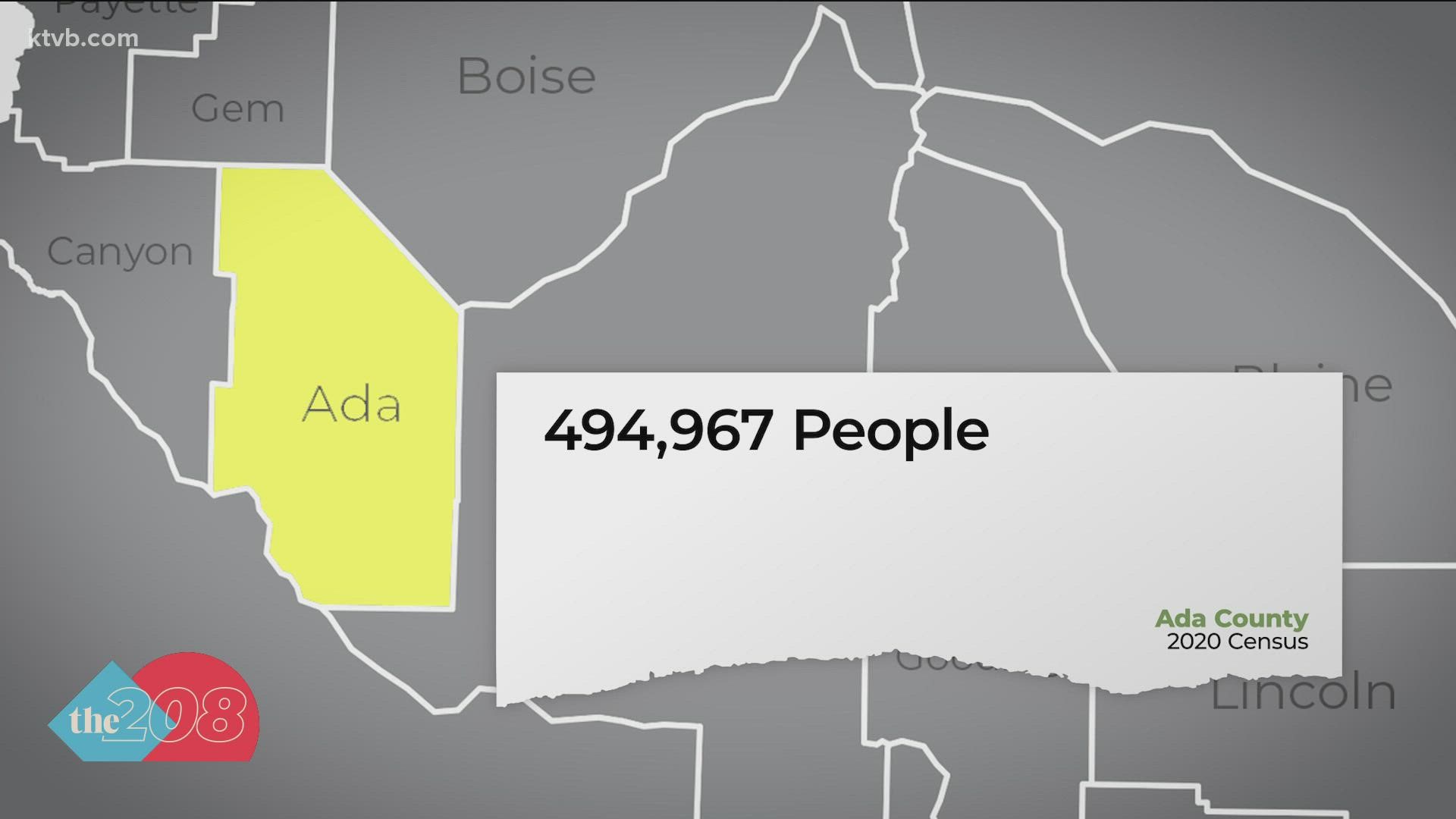 BOISE, Idaho — If Idaho is feeling growing pains, newly released data from the 2020 Census illustrates why.

The state's population grew by 17.3% over the past 10 years — second only to Utah, which saw an 18.4% percent change in population. Much of that growth was concentrated around the southwestern Idaho cities of Boise and Nampa, with Ada County growing by 26%.

The fast-growing population has contributed to a housing crunch that is reflected in the census data. While Idaho's 10% home vacancy rate was close to the national average, would-be new residents can expect to struggle to find a place to live in southwestern Idaho, with Canyon County's vacancy rate at a low 3.9%. Gem, Ada and Payette counties also had low vacancy rates at 4.8%.

Idaho remains one of the less-diverse states in the nation, ranking 41st on the Census bureau's "Diversity Index," which measures the probability that two people chosen at random will be from different race and ethnicity groups. In the 2020 Census, almost 79% of residents self-identified at white alone — compared with about 84% of residents describing themselves as white but not Hispanic or Latino in 2010.