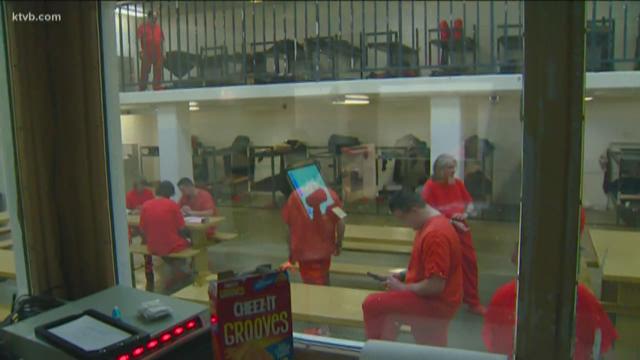 CANYON COUNTY, Idaho — Growth in Canyon County is booming, according to county commissioners.

With more growth, the need for things like bigger infrastructure and increased emergency services also grows. The changes to infrastructure come with a price tag and to try and help curb some of those costs, so Canyon County commissioners are considering putting impact fees in place to pay for the projects.

Currently, the county is considering a proposal to collect impact fees for seven fire districts, as well as the Middleton Parks and Recreation District.

Impact fees are one way to help pay for costs related to growing pains, without having to add a heavier burden to taxpayers.

“Impact fees only pertain to new construction," Commissioner Tom Dale explained. "Impact fees are not property taxes. Property taxes go on forever as long as that property exists. Impact fees occur at the point of a building permit being issued and it’s a one-time fee."

However, there are some limitations to how the fees can be used.

Dale said they can only be applied to infrastructure, which includes things like roads, bridges, parks and recreations, and projects related to public safety - including law enforcement and fire stations.

County commissioners tell KTVB that impact fees cannot be used to pay for operating costs, personnel or maintenance costs. Idaho law also does not allow impact fees to be collected on schools or libraries.

According to Dale, since a county jail would likely fall under the public safety category, they believe impact fees could be used to pay for a new jail.

“There is a direct impact on the need for public safety and justice system services with population growth,” he said.

Commissioner Leslie Van Beek said they are working with the county legal team to verify if that is the case.

Even if impact fees could be put toward a new jail, commissioners say it wouldn't make much of a dent.

"You couldn’t use impact fees alone to pay for a new jail because that would be a slow boat method and we couldn’t do that,” Van Beek said.

The impact fees would not solve what is an immediate need for a bigger jail.

“The impact on the present need [for the jail] will be very minimal because those impact fees take a long time to build up,” Dale said.

The fees would be just one small piece of a potentially multi-part solution to funding the $187 million jail.

If implemented, commissioners say the impact fees wouldn't go only toward the jail, they would also go to other public safety projects, such as adding more fire stations or equipment to those seven fire districts in the proposal. That would help accommodate growth so emergency crews are still able to meet the required response times.

It's still early in the process and no decisions have been made, but commissioners agree it is a viable option that needs to at least be considered for the county's future.

“I am very much in favor of looking at impact fees for public safety purposes for the county because I think down the road it could really help,” Dale said.

Van Beek said the commissioners will be forming a task force with various county officials and a consultant to look at all options when it comes to impact fees before making a final decision.

“I think we have to look at it carefully," Van Beek said. "I’m a person that likes to analyze and evaluate the information – I don’t think it’s necessarily a bad idea. I think it’s good to take a look at it.”

The cities of Nampa and Caldwell already have impact fees in place.