Mayor Garret Nancolas said the city hopes to break ground on the new station in late 2019 or early 2020. 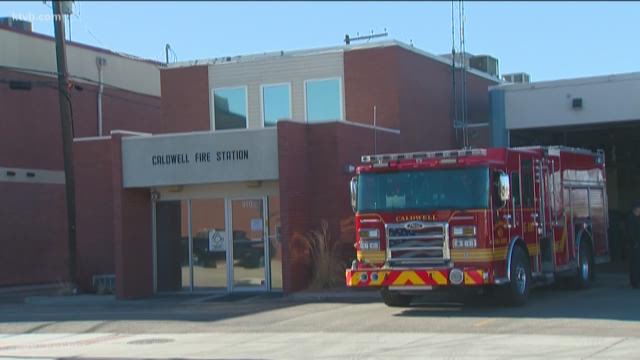 CALDWELL, Idaho — Residents in Caldwell are signing a petition calling for a new fire station - and calling for it now.

As of Tuesday night, the petition had about 140 signatures.

Many of the residents who signed it claim they are concerned with safety in the city because of a lack of resources causing a delayed response time.

"People's lives and homes are being put in jeopardy every day that the promised fire station is delayed," reads part of the petition's description.

A new fire station is something that has been talked about in the city for several years.

Currently, Caldwell has two fire stations, which Mark Wendelsdorf, the city's fire chief, said is not always enough resources to handle the calls they get.

“What we’re running into right now with response times and our ability to respond to emergencies is we’re having to prioritize,” he said.

“Seconds really do count in our job and so we want to make sure that we’re a well-organized machine,” he said.

And to help achieve that goal, Wendelsdorf said a third fire station is needed.

According to Caldwell Mayor Garret Nancolas, that station is coming soon.

“The land is purchased, planning and zoning – the rezoning has already been done, we already have the budget for the new firefighters to help man it,” he explained.

Nancolas said a third fire station is something that has been in the city's ten-year plan but one big holdup on getting it done is the location.

According to the mayor, the original location the city had chosen turned out to not be feasible.

That location was at Middleton Road and Sky Way.

He said in 2014, when the city was considering that location, the budgeted cost for the fire station was about $3 million. The cost for that location came back at an estimated $9 million - well over budget.

Wendelsdorf also added that the site did not have water, sewer or natural gas connected to it, which is needed for the station. So that was part of the additional cost.

That location was scrapped and the city began looking for a different spot.

Wendelsdorf said they eventually found an eight-acre section of land east of the freeway in the area he said a new station would need to be built because the area is growing and has the biggest need.

The plan is to build the station on two acres of that site and the city would decide on the use of the remaining six acres for future needs.

So when calls come in from that area, all those fire districts are simultaneously dispatched to see who can get there quickest. Wendelsdorf said whoever does get there first, it typically takes about ten minutes - a time which he says is "unacceptable."

Wendelsdorf said that method of response is also not the most cost effective for resources.

According to Nancolas, the other holdup on building the new fire station has simply been cost. The city has to have available funds to keep up with the growth.

“Caldwell is one of the fastest growing cities in the state,” Nancolas said. “We had a big spurt of growth in the early 2000s, and then of course, that came to a screeching halt just like everything did during the Great Recession. But the last three years we’ve started to grow again considerably.”

RELATED: Growing Idaho: How is growth impacting the housing market?

He said currently the city's population is about 58,000. Twenty years ago, the population was 23,000. And just last year, Nancolas said the city added about 600 new homes to the city.

“Of course the complication with that is, as you grow, the growth comes then the revenue comes a year and a half to two years later,” he explained. "The demand growth places on your community is always ahead of what the dollars are.”

The cost for the new fire station is now expected to hit about $5 million.

He said as part of this year's budget, the city will already be hiring three additional firefighters for the city in August. And once the third station is up and running, those firefighters will be moved to that station to staff it.

The city is currently in the design phase for the project and city officials are meeting weekly to continue discussing the project. The goal is to break ground on the new station in late 2019 or early 2020.

Nancolas added that he's glad the community cares about the issue and is supportive of a new fire station.

And, he said, he wants to assure the community that a station is indeed coming and they're moving as quickly as possible on it.

“Certainly we are aware of the need, we are concerned, we have been moving towards it, and I do understand the frustration of not having it sooner," Nancolas said. "But we’re moving as quickly as we fiscally can.”