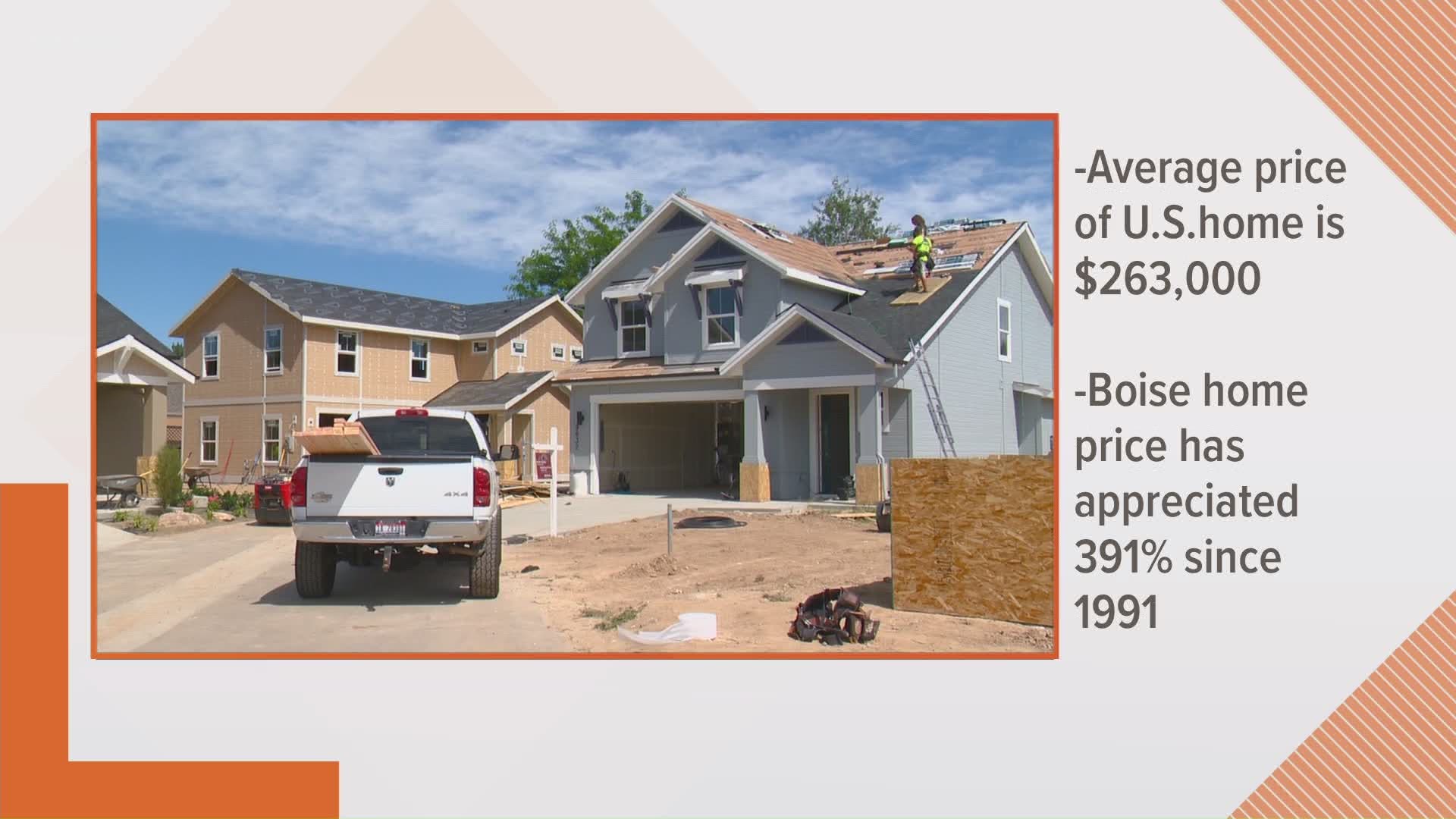 BOISE, Idaho — Housing prices across the U.S. continue to soar, and according to Forbes, Idaho is leading the way.

The Federal Housing Finance Agency reports that home prices across the nation rose 7.8% for the 12 months that ended on Sept. 30. That's the fastest climb in more than a decade. The average price of a U.S. home stood at $262,604 in October.

The biggest increases in home prices were seen out West.

Idaho surged the most, with a year-to-year increase of 14.4%. Boise remains a hot spot for real estate. According to the FHFA, since 1991, the median home in Boise has appreciated 391%. That's one of the largest increases in the country.

Arizona came in second behind Idaho with an 11.1% year-over-year gain. Washington at 10.8% and Utah at 10.7% followed in third and fourth respectively.

Forbes reports that the surge in home prices is being driven by limited inventory brought about by the coronavirus pandemic, low interest rates and suburban migration.

Jeff Tucker, a senior economist at Zillow, told Forbes that he does not believe this very fast pace of appreciation can go on forever.

Homes are also selling much faster right now and that's creating issues for home buyers. Last week homes were listed for 13 days before getting an offer, which is down from 31 days a year ago, according to Zillow.

Tucker said it will take a while to rebuild inventory. The forecast is for home appreciation to remain strong at least until the fall.