Former Idaho House Speaker Bruce Newcomb was awarded the Government Advocate of the Year for his work at the statehouse on behalf of small businesses in the state. 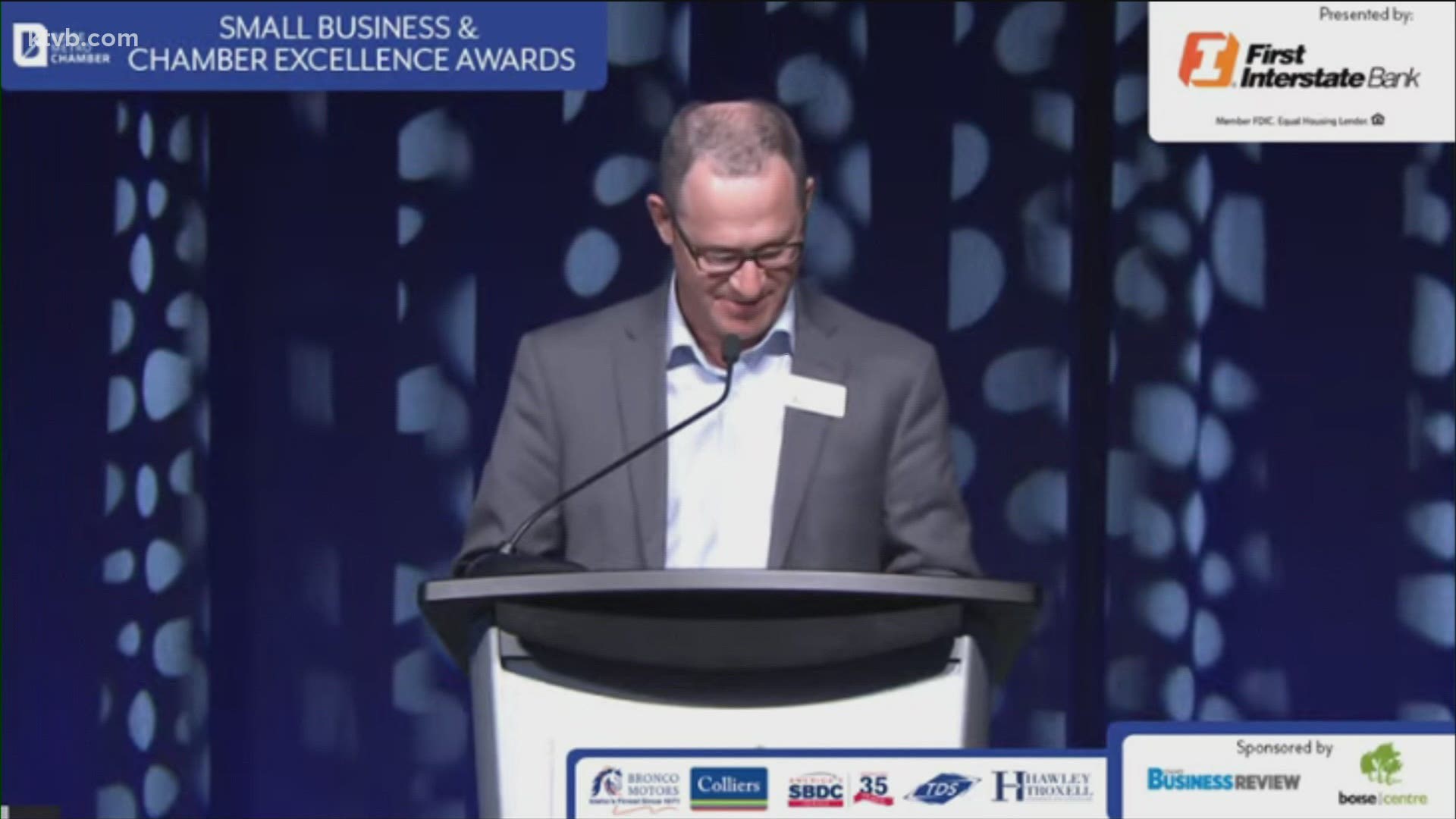 BOISE, Idaho — The Boise Metro Chamber signaled a slow return to normalcy when it held its first in-person large form gathering in over a year at the Boise Center for the 2021 Small Business of the Year and Chamber Excellence awards luncheon.

For many, it was the first time appearing in person in front of people for a long time.

"I don’t want to get too personal, but I broke out in a rash on my way here and I don’t know if it’s because of my second shot or if it’s because I'm wearing a suit for the first time in a year!" said First Interstate Bank President Jeff Huhn.

Seven awards were given out in various categories in an event that was attended by dozens of Boise businesses and organizations.

Taking a page out of the Mark Johnson random tweet from a couple of weeks ago, the winners didn’t give acceptance speeches choosing instead to go with simply: "Boise Airport," "Terry Reilly Health Services," "Telaya Wine Company," "Idaho News.Org." "Learned Lawyer" and "Your Health Idaho."

Former Idaho House Speaker Bruce Newcomb was awarded the Government Advocate of the Year for his work at the statehouse on behalf of small businesses in the state.

Dr. Glandon came to CWI in 2009 and has overseen a two-year institution that has grown from 1,200 students 12 years ago to over 30,000 today. The day made was even more emotional with his final day as president before retirement coming up next week.

"It’s really humbling and I can't thank you enough. It's been a privilege and an honor," Glandon said.

The awards marked a day towards the return to in-person events in the capital city. The Boise Center will begin to start the opening-up process with other large events in the coming weeks.