To kick-start the campaign, the Boise City Council approved $2 million toward the effort, but the rest would largely have to come from private donors.

BOISE, Idaho — The Boise City Council gave its blessing to shoot for effectively ending family homelessness in Ada County by 2025.

On Tuesday, the City Council heard a presentation outlining a plan developed by city staff in conjunction with social service nonprofits and Ada County to end the wait list for services to help families experiencing homelessness, according to a report from the Idaho Press.

City officials say they can reach this “functional zero" — meaning just as many families are being housed as become homeless so there is no wait list for help — if they ramp up investment in preventive services, funds for case managers, rental assistance and other services to help residents get back on their feet as quickly as possible. 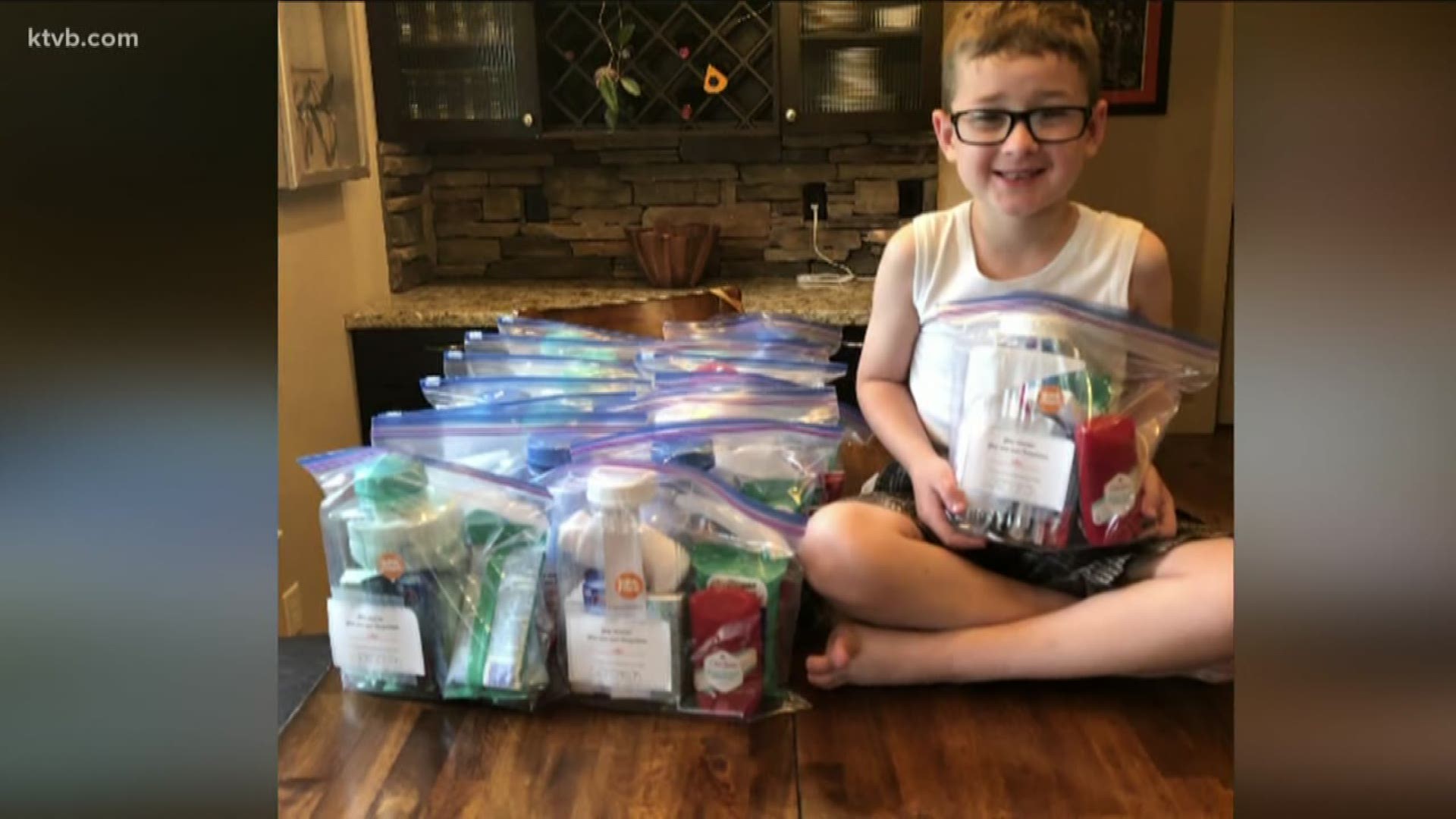 “This is a very achievable plan,” Boise Director of Community Partnerships Wyatt Schroeder told the council. “We want to prevent homelessness for about six families every month. That’s not a lot. We’d also have to add six case managers for supportive housing across (Ada County). That’s not a lot.”

To make this a reality, Schroeder said a capital campaign must raise $8.4 million over five years. To kick-start the campaign, the Boise City Council approved $2 million toward the effort, but the rest would largely have to come from private donors. Ada County recently paid for a feasibility study to see if this could be raised, which Schroeder said came back favorably.

“We sat down with 35 people in the community to say ‘$8.4 million’, ‘ending family homelessness,' ‘is now the right time,' ‘is this the right plan,' 'are these the right partners,’ ‘would you come alongside us,'” he said. “The feasibility study showed we do have a path forward here.”

RELATED: 'Something needs to be done': Homeless facing long wait for affordable housing in Ada County

City Council members supported the project and gave it a thumbs-up only after a few technical questions.

“I think everyone who has worked on this has done a fantastic job bringing us something that is long-term, and I think we really can make a dent here,” City Council Member Holli Woodings said.

In the first two months of 2020, the city will put together an executive committee with representatives from several agencies and nonprofits to lead the effort, and then will begin fundraising between March and December.

Between March and May, the executive committee will finalize the details of the plan and launch its strategy to engage the public.

Prevention, which can be cash assistance to help a family catch up on bills to avoid an eviction or a mediation with a landlord to fix a communication problem, is what Schroeder wants to invest in. Tentatively, the first phase of the plan focuses on finding preventive methods that work in the hopes of preventing roughly six families a month from becoming homeless, and, in turn, saving the cost of two case managers doing initial assessments.

These funds could be reinvested in other case managers to focus on supportive housing, which helps place residents in housing and provides wraparound services for those experiencing homelessness after they have found a place to live.

If prevention doesn’t work, the next step is what social workers call “rapid response,” which gives families who have been briefly homeless the quick hand up they need. According to Schroeder, 90% of families experiencing homelessness in Ada County are finding themselves without a roof over their head for the first time.

This plan also includes funding for supportive housing, which helps residents get into a place of their own with rental assistance, but keeps supporting them with social services like financial literacy and job training, mental health counseling and other help to overcome barriers to stability.

Once the $8.4 million is raised and the project ends in 2025, Schroeder said the newly scaled-up system would require an additional $1 million of fundraising per year to keep up the momentum and maintain the “functional zero.”

Before the vote was taken, outgoing Mayor Dave Bieter gave lengthy comments on the work the city has done on homelessness, including the partnerships that built community detox center Allumbaugh House, the launch of housing-first nonprofit CATCH, and the completion of New Path Community Housing for residents experiencing chronic homelessness.

“Those players, that momentum, that progress bit by bit is going to make this successful,” Bieter said. “I just can’t say enough about everybody’s efforts across that whole arc, because that’s really what, you know, led to being able to take this big leap.”