The median cost of a home in Ada County reached more than $500,000 in May. Now, some residents have seen their property value double within the past eight years. 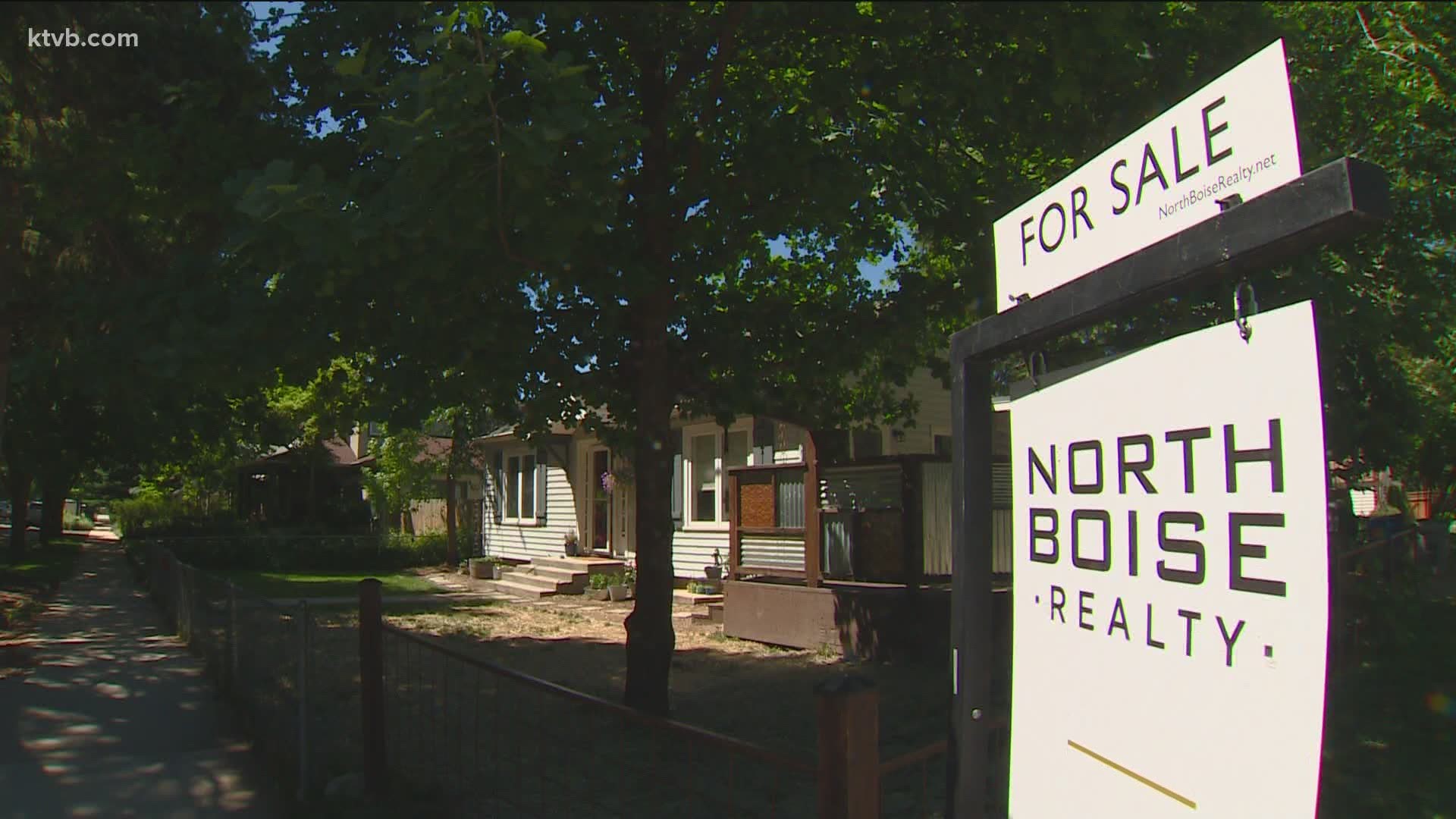 The median cost of a home in Ada County is $523,250, according to the Boise Regional Realtors Association. It is the first time that figure has surpassed $500,000.

Laurie Gebert moved to Boise eight years ago and told KTVB that she has already noticed the increased demand as her home has doubled in value since moving to the City of Trees.

“I’ve lived on the East Coast, the West Coast, and the Midwest. The prices here are surpassing almost any place in the country right now,” Gebert said.

“It was affordable when we first move and now it's unattainable. To purchase a house in a Boise, it’s very difficult,” Eshleman said.

Across the street from Eshleman is a home for sale. It was built in 1939 and the smallest on the block, with less than 1,000 square feet. KTVB called the realtor, Karle Gardner, who said it was put on the market Saturday and they’re asking for $398,000.

Gardner confirmed they already have offers but would not disclose the amount offered.

“You’re paying for a lifestyle,” Eshleman said. “Is it worth $400,000? No. but is the location great? Yes. And unfortunately, that what the price is.”

The increase in demand is driven by a lot of factors. Low mortgages and remote workers having the ability to move to town are big factors, according to Boise Regional Realtors. They say expanding the house hunt outside the Boise metro area could result in more affordable options – though, the median of $523,250 is for all of Ada County.

So, for now, it’s a lifestyle. One that’s catching on. And with it, comes at a high cost.

“I plan to stay in Boise until my kids all graduate. It has gotten a little busy for me, but busy is relative,” Gebert said.