The issue of affordable housing is increasingly urgent as rents continues to rise across the city.

BOISE, Idaho — Incentives probably aren’t enough to convince developers to build affordable housing in Boise, according to a feasibility study commissioned by the city.

The Idaho Press reports that earlier this year, the Portland-based firm Leland Consulting Group interviewed five developers ranging from nonprofit affordable-housing builders to for-profit luxury apartment developers to see if cash incentives of nearly $5,000 per unit could entice the construction of housing affordable to low-income residents. The results were not encouraging.

“Depending on what type of development it was, (the incentive) didn’t produce a lot of affordable units,” AnaMarie Guiles, Boise’s housing and community development senior manager, said. “Essentially, the $5,000 wasn’t going to cut it unless you had a mission-oriented developer.”

This study was completed in August 2019 and released to the Idaho Press upon request. The city approved it around the same time as a feasibility study to look at the possibility of the city starting its own affordable housing land trust.

RELATED: New report ranks Boise No. 1 for out of state homebuyers in 2020

A spokesperson for Mayor-elect Lauren McLean said she is taking the results of the study seriously and will be examining its findings with an advisory group.

“Incentives in affordable housing is obviously of serious interest to Mayor Elect McLean right now, and she’s eager to dig into this study with the housing working group,” Melanie Folwell, a staffer on McLean’s transition team, said. “It’s a panel of diverse people working in and around the affordable housing space, and their feedback on this study will be valuable.”

The study pitched a variety of incentives to developers, including waiving impact fees and sewer-connection costs as well as abating property tax on the land or the building itself in exchange for building affordable units. Townhomes and apartments with 25 units per acre or less would be most likely to be built with these incentives, but only with either 5% or 10% of the units renting at affordable rates depending on what the city offers.

The scenario most likely to encourage builders of townhouses and small apartment buildings to participate would include the city leasing land at a below-market rate to the builder and exempting the developer from paying property tax on the land or the building itself. In this scenario, 10% of the project would be affordable. For smaller apartment buildings the city could even require 20% of the units be affordable because of the generous incentive, according to the consultant.

The issue of affordable housing is increasingly urgent as rents continues to rise across the city and the city is searching for strategies to increase the housing stock at all price points. According to a study conducted by Burlington Associates about the possibility of a housing land trust found rents rose nearly 30% between 2015 and 2018.

Nearly every scenario studied by Leland would not be feasible for apartment buildings with more than 25 units per acre largely due to the high cost of building both in Boise and the United States in general right now due to the decadelong economic boom after the Great Recession. Data analyzed for this study found construction costs have increased 70% since 2007 due to rising costs of building materials as well as the rising cost of purchasing land.

Parking is another headache for builders. According to the study, apartment buildings with more than 45 units per acre see sharp escalation in parking costs because they require a built-in parking deck. This escalates parking costs from a few thousand dollars a space to tens of thousands of dollars per space, which means developers often only build these types of housing projects in high-demand areas like downtown Boise where residents are willing to pay much higher rents. 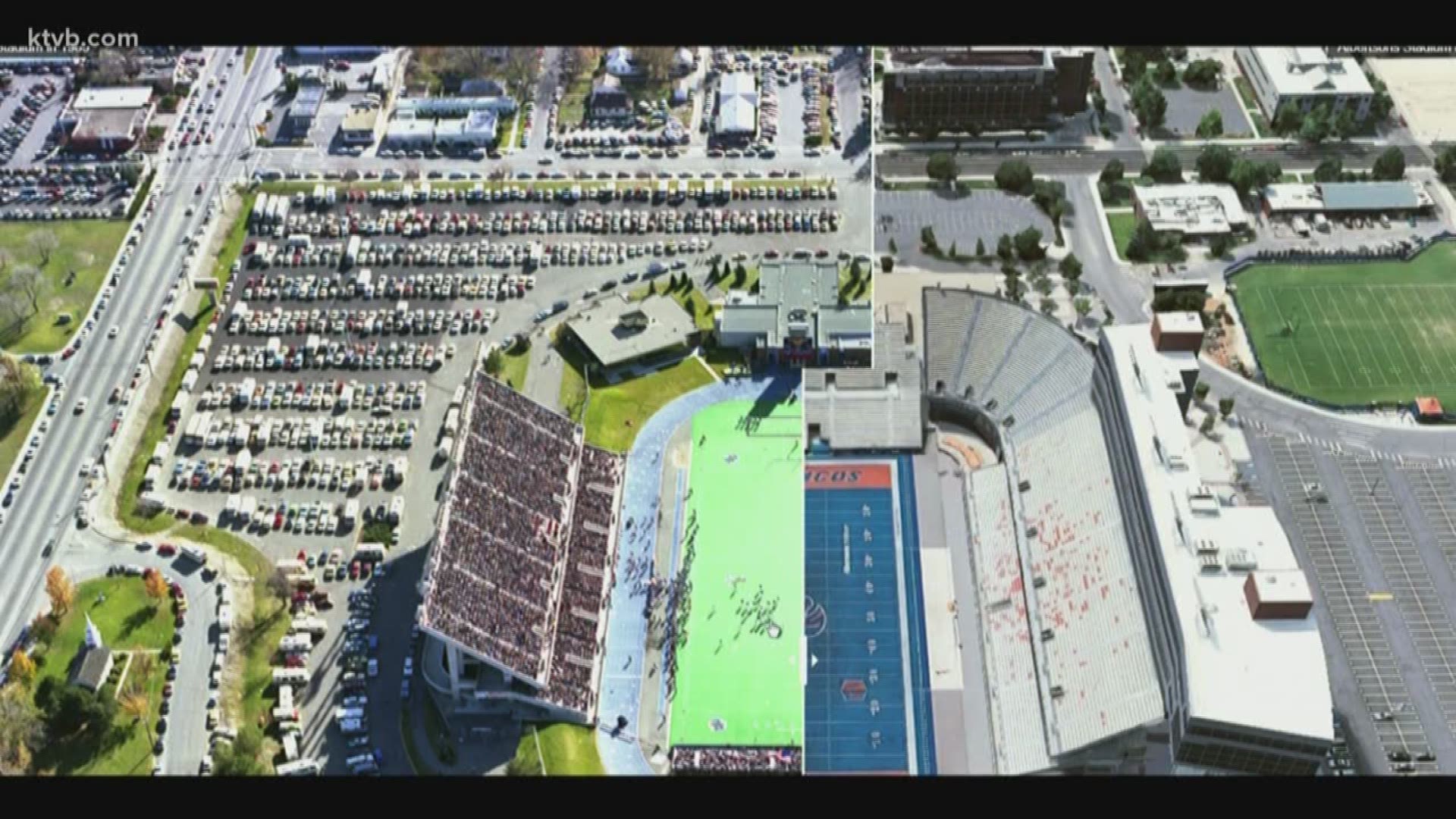 Mark Lavin, Boise’s planning and development director, said the for-profit developers interviewed for the study were looking to earn a profit margin on their projects, but not a steep one. The city’s offer of waiving some fees paled in comparison to some of the construction costs of sometimes up to $50,000 a unit.

“I think from the developer interviews they did in the community found, basically, if you do full-market rents you’re getting a developer rate of return, which wasn’t super aggressive in my opinion, maybe (a 6.25% return) on your money” he said. “Then you start introducing 10% affordable units, or 20% affordable units, and the cost of that becomes quite significant.”

Guiles said the aim of using incentives is to draw in developers who normally would never work on affordable housing projects to consider it. She said there was a lot of enthusiasm from nonprofit builders who are focused specifically on affordable-housing projects, but it was much more difficult to get any interest from more high-end developers. Several did express interest if the incentive was high enough, though.

“I do think the community is putting some pressure on leadership for sure. But the community where they’re calling for the need for housing, I think private market developers are taking note and saying, ‘Jeez, should we offer to do this or just do it on our own so we can get through the planning process without a lot of negative feedback,’” she said.

One strong theme from the study was the power of removing the cost of land and property taxes from the equation for builders. This is a major supporting argument for the city’s move to start up a housing land trust, which would lease publicly owned land to developers with the requirements that portions of the development be affordably priced.

Leland estimates land makes up roughly 9% of construction costs for the average townhouse development or a small apartment building, while a little over 3% of costs come from city fees. The vast majority of the cost of developing a project are the hard building costs.