Sec. Carson said the housing market in Boise isn't an easy problem to solve - but mentioned that nothing worthwhile is ever easy. 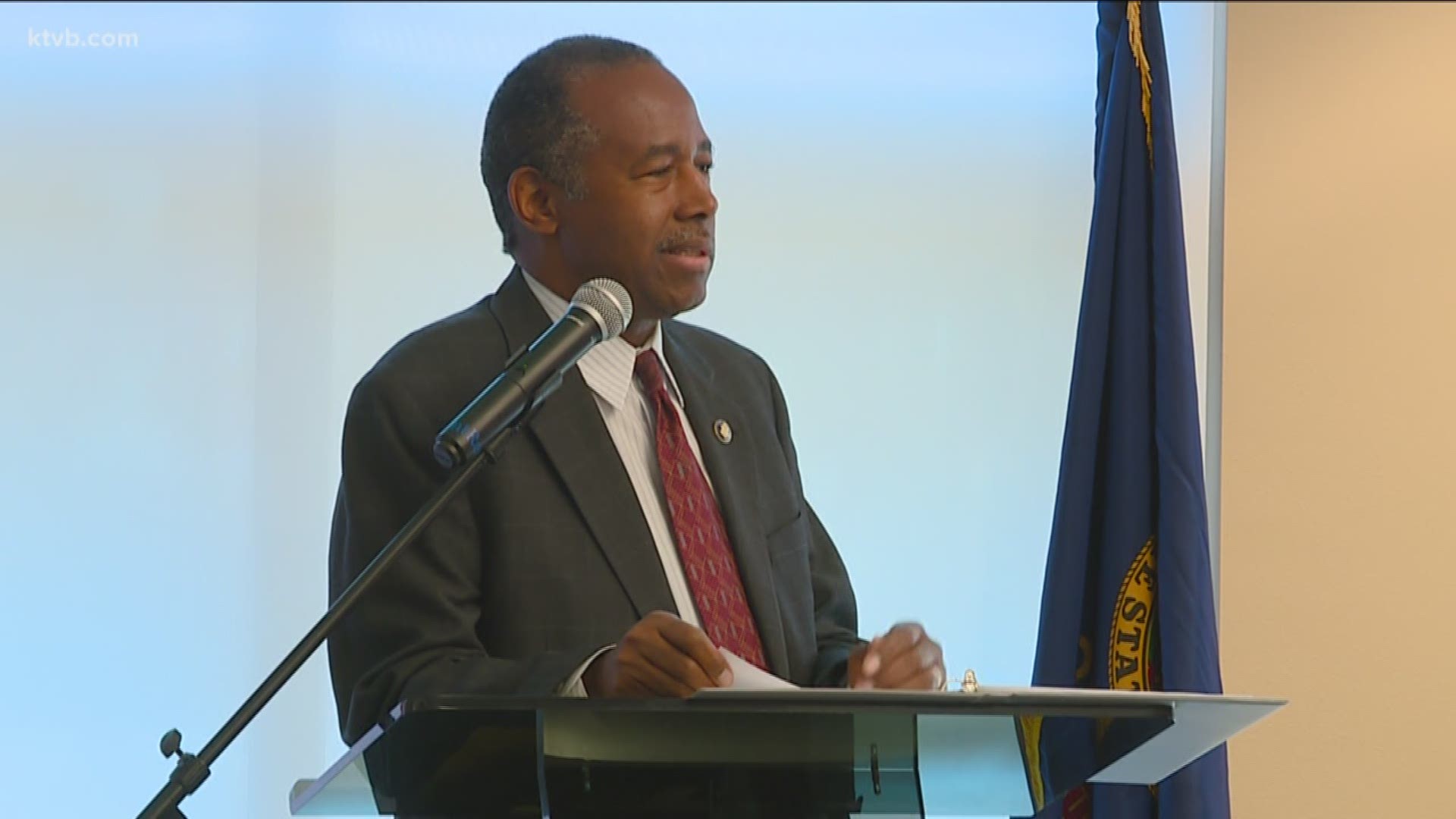 CALDWELL, Idaho — According to the president of the Idaho Housing and Finance Association, Boise and Ada County led the nation at 13.4% in house price appreciation, which is good news for homeowners but bad news for those planning to buy a home.

"You'd be surprised that in the affordable housing area the vacancy is only about a half of a percent," Gerald M. Hunter, the president of Idaho Housing and Finance said.

The City of Boise and Ada County can't solve the housing problem themselves - additional help is needed from both the state and federal levels.

State senators and congressional representatives from both sides of the aisle attended an event with Sec. Carson to highlight Idaho's growing housing crisis.

"We are working in congress in the banking committee to reform our housing finance law," Sen. Mike Crapo (R) said. "In doing so, one of the key elements of that is to dramatically increase the commitment of resources through our federal housing trust fund."

On Monday morning, Sec. Carson also visited indieDwell in Caldwell, a company nationally-recognized for their innovative design and an affordable monthly payment of approximately $900 a month - including utilities. Carson said he sees an opportunity there.

RELATED: Affordable shipping container homes in Boise offer a new beginning for those struggling with housing

Sec. Carson said that opportunity zones in Idaho will help with this collaboration between public and private entities - giving developers who build there substantial tax breaks and benefits while providing affordable prices to those in need, which would be a win-win for everyone involved.

"[Opportunity zones] were created as a result of the 2017 Tax Cut and Jobs Act providing options for people to take unrealized capital gains and invest them into areas that traditionally have been neglected economically," Sec. Carson said. "This is a way that everybody can be a beneficiary."

Sec. Carson said the housing market in Boise isn't an easy problem to solve - but mentioned that nothing worthwhile is ever easy.

"There's really nothing can stop us from being successful as long as we remain united," he said.