As the Treasure Valley continues to grow, one driving tactic could save commuters time and headaches

The zipper merge may only apply when merging lanes, but it keeps the flow of traffic moving - if everyone is on the same page. 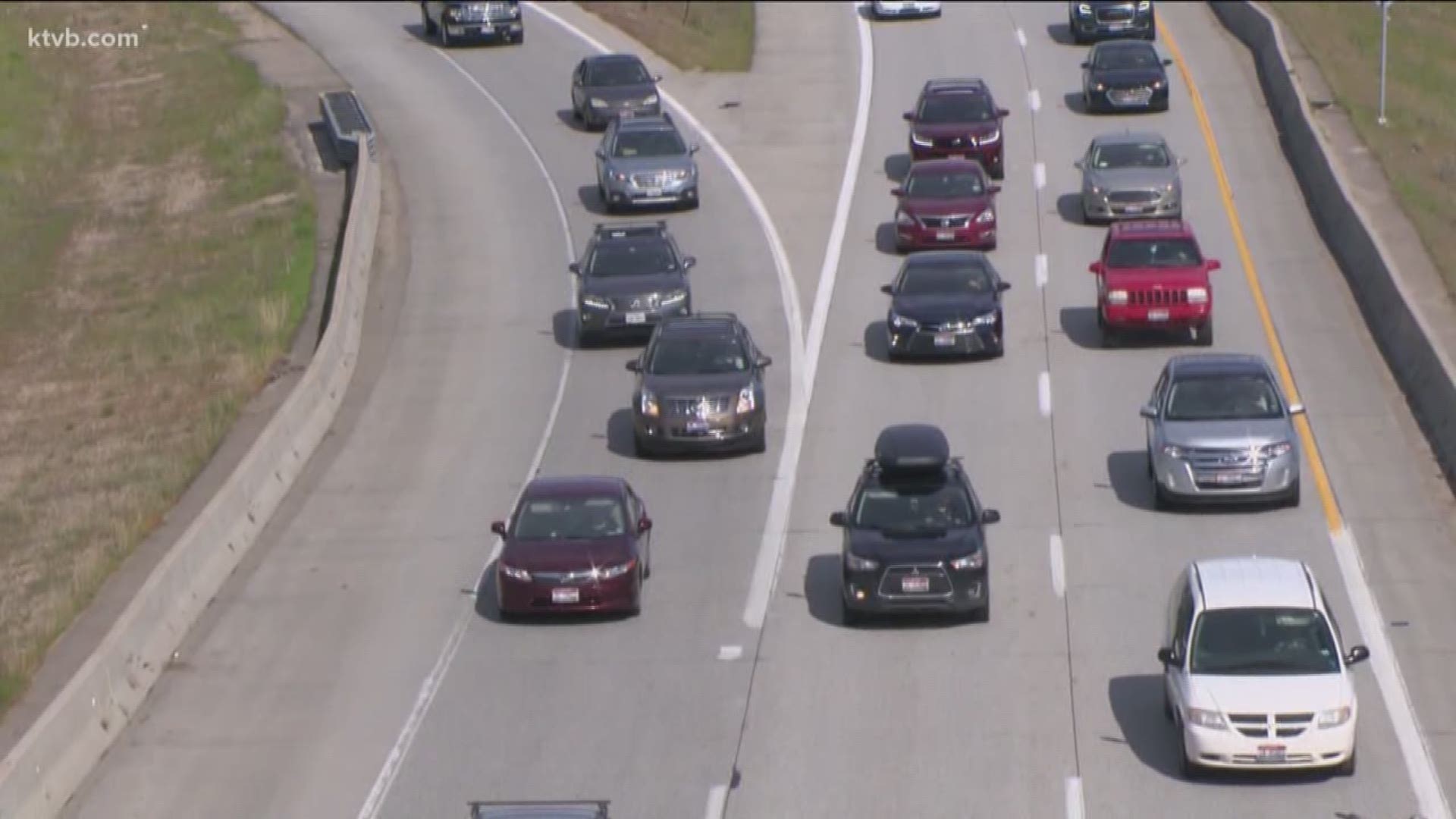 Drivers around the Treasure Valley have likely experienced multiple lanes of traffic reducing do to one or two, forcing drivers to merge into open lanes. This leaves drivers facing two options - merge right away and wait for an opening in traffic, or keep driving and merge at the last second.

Some drivers may think that cars merging at the last second are rude or inconsiderate, but the late merge is the more efficient method, according to the Idaho Transportation Department.

"I'm an advocate of late merge. It's a good way to keep traffic moving,"  Bill Kotowski, with the Office of Highway Safety at ITD, said. 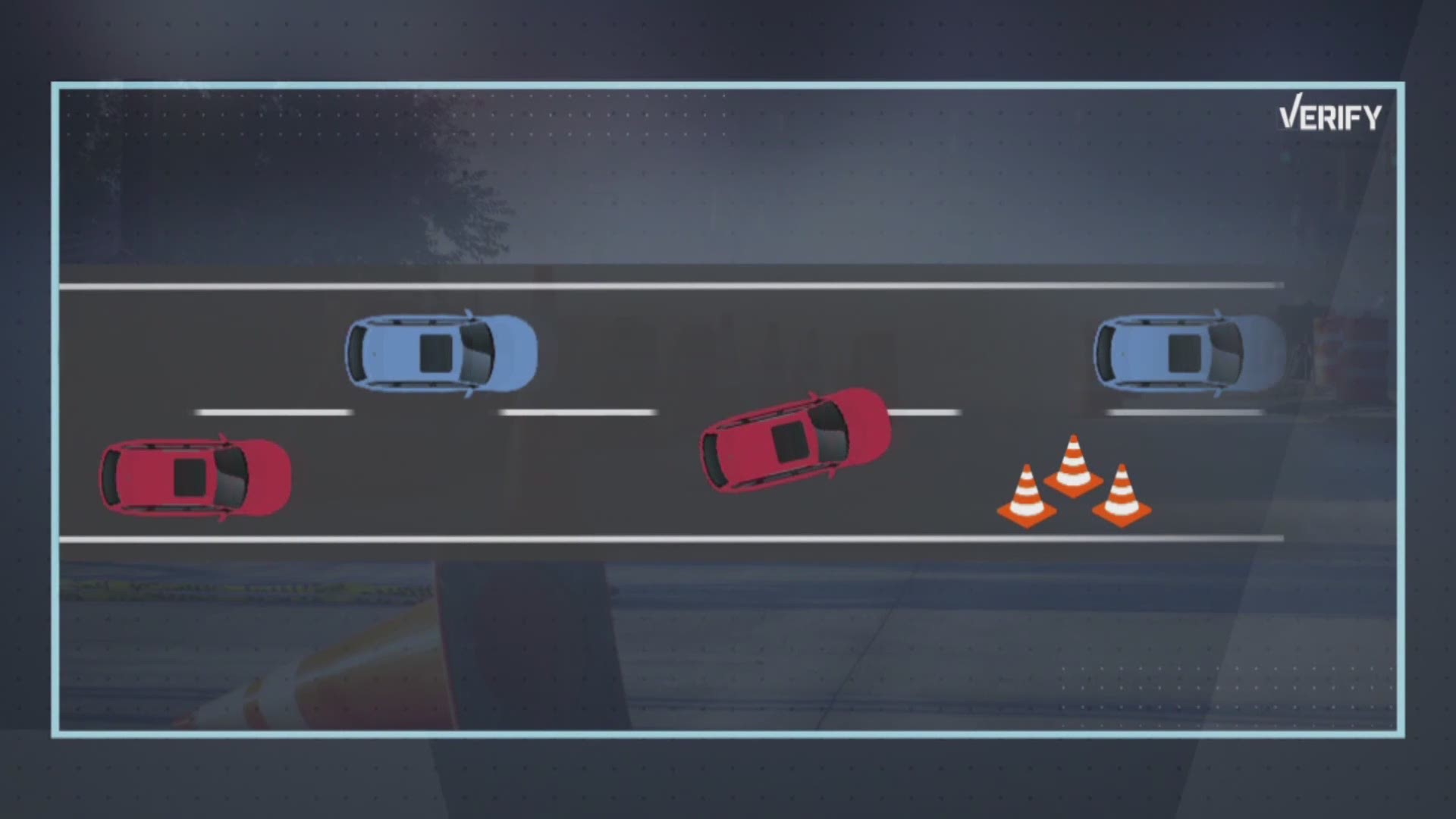 The zipper merge works best when drivers use both lanes of travel until reaching the defined merge area, then drivers alternate into the open lane. States like Minnesota and Indiana encourage it, so do transportation officials in Idaho.

"You just take turns, you know one car from the left lane, one car from the right lane," Kotowski said. "Just like your jacket zipper. There's little teeth and they come together and it works pretty well."

It works well because it creates a constant flow of traffic, which cuts down on delays for commuters.

"Because it keeps the steady flow. It may be a slower flow than what you're used to when both lanes are fully open, but it's a constant movement," he said. "And a constant speed and that's helpful in terms of getting cars through."

The big catch to this merging tactic is it has to be done the right way for it to work, and everyone needs to be on the same page.

"We do need both drivers to participate to make it work," Kotowski said. "In places where they've adopted it and it works well, traffic moves along nicely. Other places where they don't let people in and people merge you know there can be problems, it could lead to road rage."

If all drivers on the road work together and take turns during a zipper merge, it can effectively cut down on traffic times in construction zones, or anywhere where lanes are reduced. Those who refuse to let drivers in are called 'Hall Monitors' by ITD.

"I think that's another aggressive behavior we don't talk enough about, the hall monitor," Kotowski said.

While it may not be thought as typical aggressive driving, like speeding or tailgating, being a hall monitor is still considered aggressive.

What about merging onto the interstate or the Connector?

The zipper merge actually doesn't cover this, under Idaho's Driver's Manual, oncoming drivers must yield to traffic already on the highway. That means if there's no opening, drivers getting onto the interstate may have to slow down or even stop.

"Adjust your speed. You're the one going into their lane. They're established in that lane, you're not," Kotowski said. "Hopefully the other drivers are aware that you're merging and if they're able to get over that's always a good idea in terms of sharing the road."

If you can't move over to the left, then slow down to let the oncoming traffic in, remember, everyone shares the roads so make sure to be nice and courteous to other drivers.

"I think it all boils down to what kind of community do you want to live in. Our roads are an extension of our communities and how we interact on our roads is really a reflection of people here in the Treasure Valley or Idaho as a whole," Kotowski said.