Amid labor shortage, a Boise bakery is hungry for extra help

"At a certain point, you're just kind of playing musical chairs with employees, the numbers just don't add up." 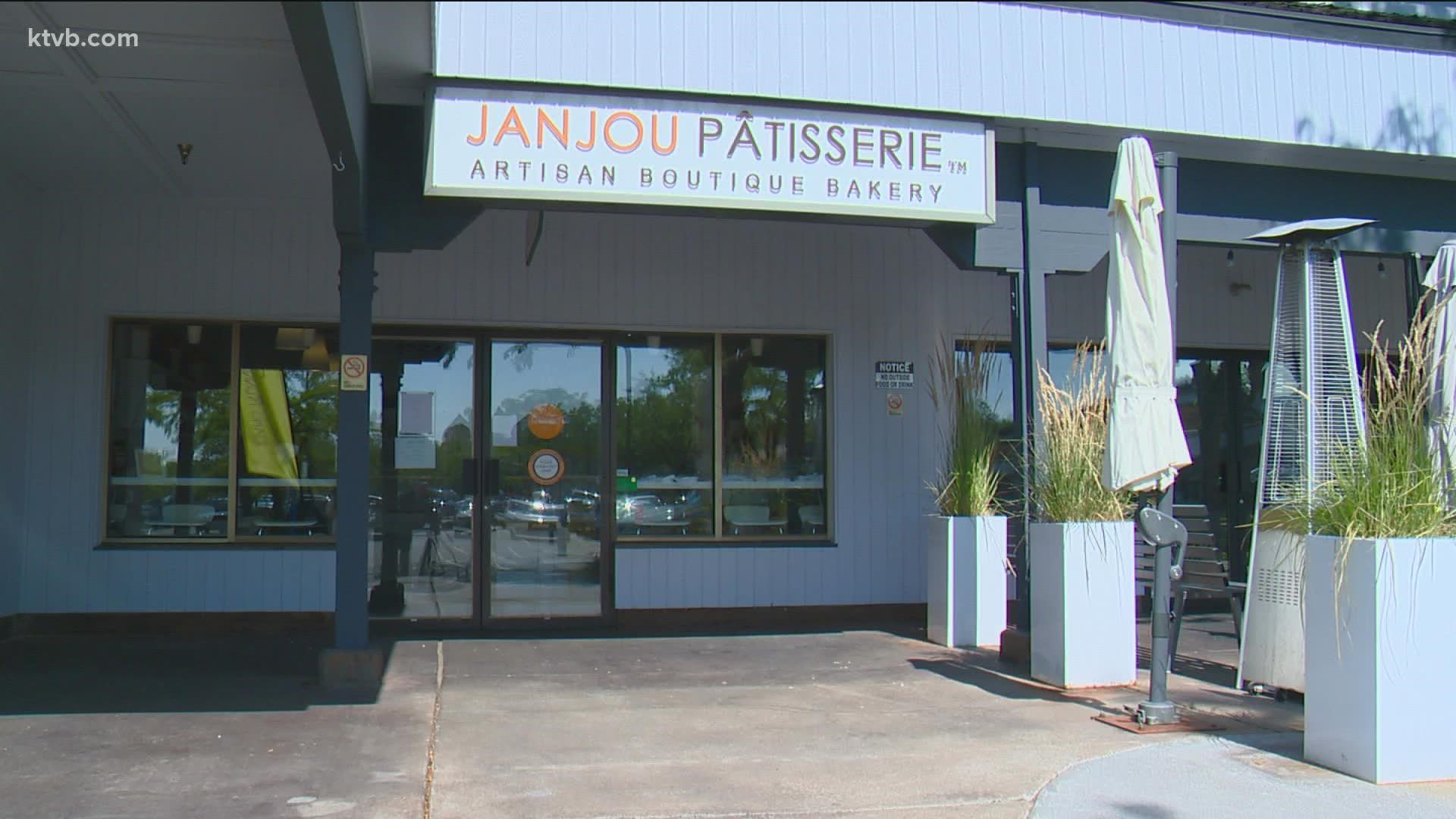 BOISE, Idaho — As the United States' economy continues to recover from the COVID-19 pandemic, many businesses across the Gem State are struggling with a labor shortage, including one bakery in downtown Boise that was forced to close on more days than it used to.

Maintaining a business has been a struggle lately for Moshit Mizrachi-Gabbitas, who owns Janjou Patisserie in downtown Boise.

She said while her business is popular, a lack of workers has made it tough for them to keep up with demand. Mizrachi-Gabbitas said they started seeing a labor shortage about six months into the pandemic.

"We started slowly, slowly losing more employees because of the pandemic, changes in people's life," she said.

Mizrachi-Gabbitas has tried to rehire employees but hasn't had much luck. She added that she hardly gets any resumes.

Due to the staffing shortage, Janjou Patisserie has had to cut their hours of business down to Thursday through Sunday.

"I don't think it's a money issue, I think it's more of a mentality issue. I think we're seeing a problem that people don't want to work, and this is hard work," Mizrachi-Gabbitas said.

However, what Janjou Patisserie is experiencing isn't an isolated problem, according to the Idaho Department of Labor's regional labor economist, Sam Wolkenhauer.

He estimates about 27,000 Idahoans were unemployed in July, which he said is considered a low number. Statewide, however, there are more job openings than unemployed workers.

"Just in the last 60 days, there have been about 47,000 job listings posted in the state," Wolkenhauer. "At a certain point, you're just kind of playing musical chairs with employees, the numbers just don't add up."

He explained that there are multiple factors influencing the labor shortage, including the Gem State's growing economy.

"Idaho is the number one state in the country for job growth, post-COVID," he said.

Wolkenhauer added that there were more retirements last year than normal and many people are still experiencing issues with not enough childcare being available.

For Janjou Patisserie, they're now only open Thursday through Sunday to keep up with production without overworking the current staff.

"Because if we lose more people, we will have to shut down," Mizrachi-Gabbitas said. "My main concern is the wellbeing of my employees."