Jesse Tree, a nonprofit, told KTVB that most senior citizens are being priced out due to new ownership coming in and raising rents across the Treasure Valley. 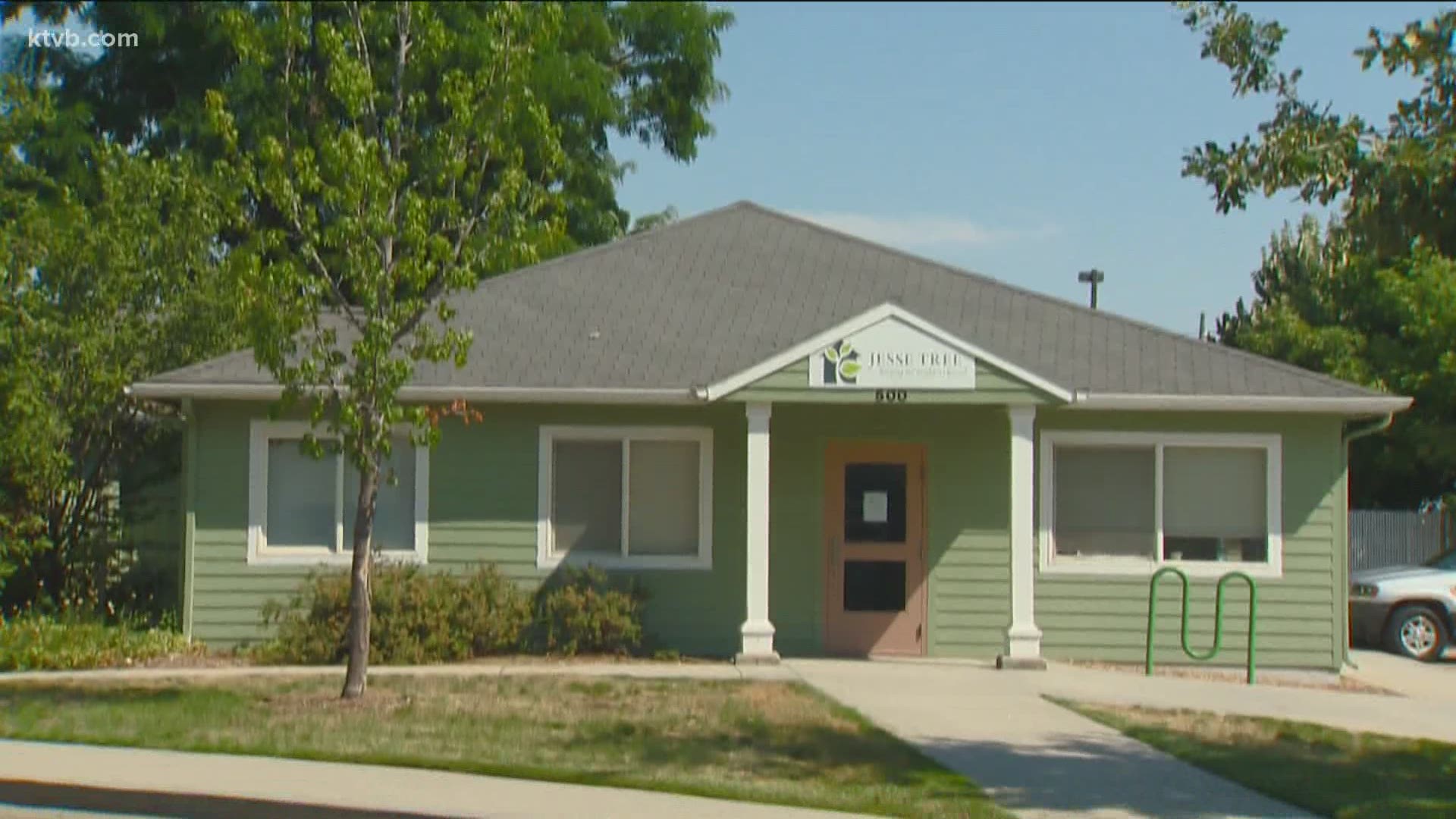 BOISE, Idaho — The Treasure Valley housing market as a whole is low on supply and affordable housing is becoming a rare commodity, especially so for seniors who are becoming priced out.

Organizations like Jesse Tree, a nonprofit that tries to prevent evictions for people in Ada and Canyon counties, do what they can to help seniors who are facing mounting housing costs.

“We've been hearing a lot from senior citizens at Jesse Tree who are being priced out of their homes,” Executive Director Ali Rabe said.

The main reason isn't on senior citizens but rather on new homeowners.

“Because their owner is transferring ownership or updating the home and renting out to a new renter at a higher price,” Rabe said.

The seniors calling Jesse Tree are generally on fixed incomes, which can make it harder to find a place they can afford.

“If their rent increases, it’s just so hard for them to find a new place,” Rabe said. “We don't want to set people up for a situation where they're just going to be evicted next month or three months, or six months down the road.”

So far this year, the nonprofit has helped 28 people over the age of 62 years old, about 12% of the people they assist. Being on a fixed income makes it harder, but another challenge is simply the lack of affordable housing.

“We really need to find ways to boost supply for this population,” Rabe said.

The United Way of Treasure Valley's 2020 community assessment looked at housing and found that there are only 44 affordable and available homes per 100 renter households in the entire state for people with an extremely low income.

“The number of units available to extremely low-income families in Ada and Canyon counties is lower than that,” Rabe said.

That number should be way higher, around 100, according to Rabe. That way there is enough supply for people who need it.

“We could definitely use more dedicated units,” she said.

Dedicated units in an apartment building are similar to the Adare apartments in downtown Boise and what Boise city council members recently asked developers to on a new housing project in the area.

“What cities and counties can do is provide financial incentive to developers or landlords or property managers to set aside a number of units by waving impact fees or other requirements they may otherwise have to meet,” Rabe said.

Rent is also increasing in Canyon County. Previously, Jesse Tree was able to find affordable housing in Nampa or Caldwell. That's no longer the case as they now try to find places in smaller towns like Melba or Parma.