Rescue plan funds could be key to Idaho affordable housing

Earlier this month, Gov. Brad Little told the Idaho Association of Counties that he finds it heartbreaking that young Idahoans across the state can’t afford housing.

The budget proposal, which as yet has no dollar figure attached, is “just a placeholder,” Little’s budget director, Alex Adams, told the Idaho Press on Monday. “It’s the governor signaling that he’s serious about putting ARPA dollars toward that issue.”

In the formal budget request for Little’s Division of Financial Management for next year, the proposal states, “The agency is working with the Governor’s Office on a potential recommendation from the ARPA State Fiscal Recovery Fund for eligible affordable housing infrastructure.”

It also notes that final guidance hasn’t yet been issued from the U.S. Treasury on the details of how ARPA funds can be used for affordable housing, and says any dollar figures will await that final guidance. Adams said that should arrive well before Little makes his budget proposal to lawmakers when they convene for their annual session in January.

Idaho has $1.05 billion in unallocated ARPA funds it was awarded last year, which can be used for an array of purposes including water, sewer and broadband infrastructure, child care, and direct COVID-19 expenses along with affordable housing.

“Governor Little has been meeting with community and business leaders across Idaho who tell him housing continues to be one of the biggest challenges in attracting and retaining employees,” Little’s press secretary, Marissa Morrison Hyer, said Monday. “Governor Little is eagerly awaiting final U.S. Treasury guidance on how to utilize ARPA funding to address the housing challenges.”

Since Little was elected governor, he’s returned again and again to his theme of making Idaho a place where current Idahoans’ kids and grandkids can return or stay and make their homes. In the past year, he’s increasingly brought up the state’s affordable housing shortage and how that fits into the picture.

Earlier this month, Little told the Idaho Association of Counties annual conference that he finds it heartbreaking that young Idahoans across the state can’t afford housing. The IAC conference adopted a legislative resolution calling for targeting ARPA funds to affordable and workforce housing, with some commissioners from around the state saying their kids can’t afford to live in the county where they grew up.

Ada County Commission Chairman Rod Beck, who serves on the IAC board and attended the conference, said the governor’s comments were well-received. “When you get in that category and you can’t find any housing, what’s your choices?” Beck asked. “You have to move. … I think that’s part of our labor shortage, too, is the lack of housing.”

Beck, who headed the Idaho Housing & Finance Association for three years in the 1990s, said county commissioners from across the state were “happy to see it being discussed.”

Sen. Ali Rabe, D-Boise, has been working over the past year to educate lawmakers from both parties about how the never-activated trust fund could be used to help Idahoans. “I have met with folks from the governor’s office and have been talking to legislators on both sides about the Housing Trust Fund,” she said Monday. “I believe there is definitely some interest in using American Rescue Plan Act funding to finally get it going,” and in particular, to provide “bridge funding for affordable housing development,” in the form of either loans or grants.

Forty-six states have housing trust funds that provide that piece to the complex financing puzzle that underwrites affordable housing development; Idaho is one of just a handful that doesn’t, the Idaho Capital Sun reported in July.

Bart Cochran, head of LEAP Housing, which has developed several affordable housing projects in northwest Boise and is looking to build 1,000 affordable units across the state in the next five years, said, “Probably the single largest barrier is just access to dollars. … And most often one of the challenges is what we call ‘gap funding.’”

“The Housing Trust, as I understand it, was meant to be a bit of a gap-filler,” Cochran said. “A flexible source like the Housing Trust concept could make a project work that wouldn’t work on its own.”

Cochran, who is currently on a driving tour of small communities around the state that need affordable housing projects, said, “I hadn’t heard about the idea that the governor was considering setting aside some of the ARPA funds, so that was news to me. I’m delighted to hear it, and I would encourage it wholeheartedly.”

Rabe, whose day job is working on homelessness prevention at The Jesse Tree of Idaho, noted that the preliminary guidance from the U.S. Treasury identifies “affordable housing development to increase the supply of affordable and high-quality living units” as an allowable use of the funds.

“For affordable housing developers, it is really difficult to meet the bottom line, especially with land being so expensive now,” she said. 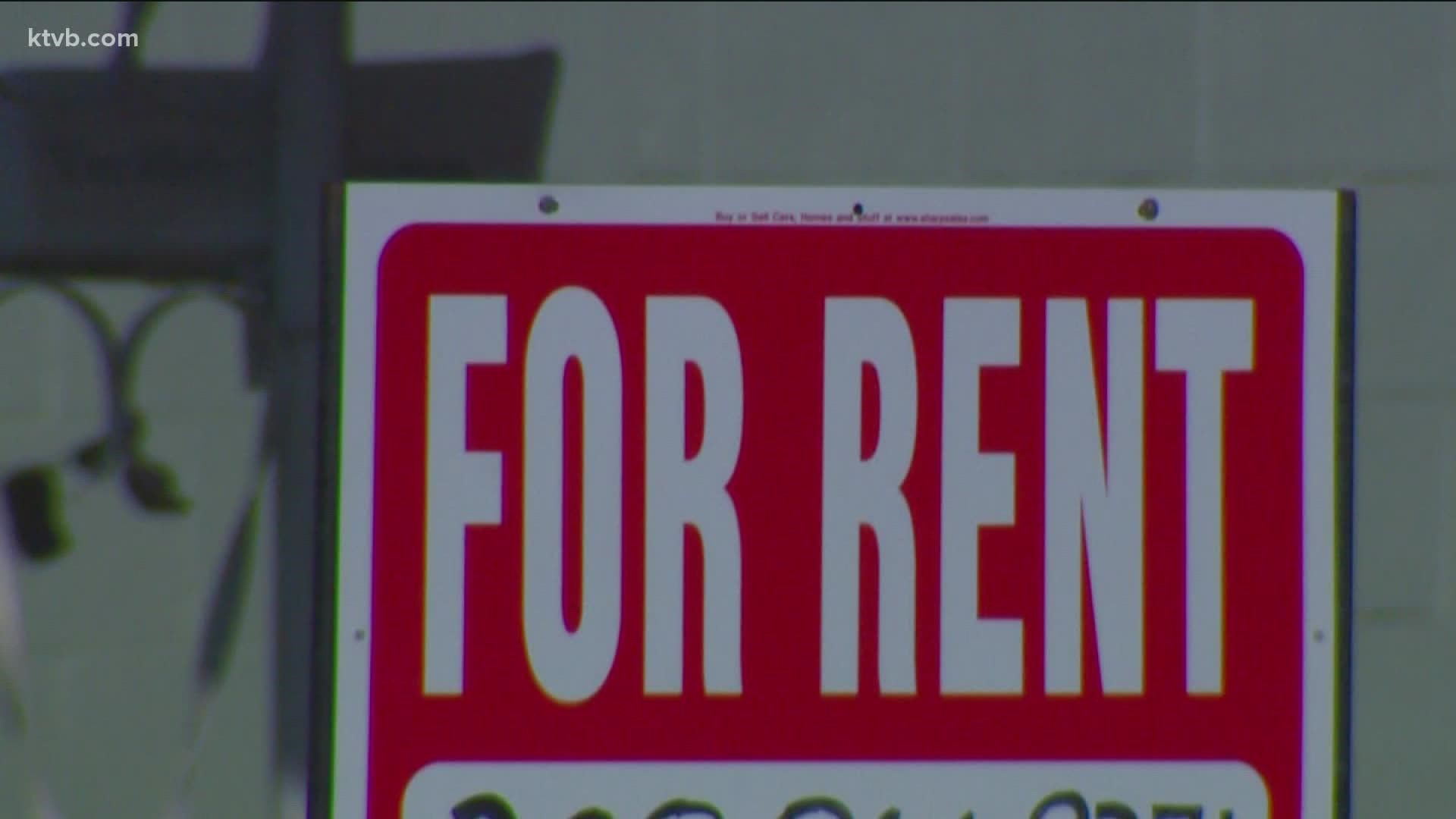 Rabe said she’s hoping the state can put $40 million from the ARPA funds into the Housing Trust Fund to help make that happen. Under the 1992 legislation, the Idaho Housing & Finance Association will administer the fund, and the governor will appoint a board to oversee it that includes representatives of the real estate industry, the state Commerce and Health & Welfare departments, low-income housing advocates and individuals from all regions of the state. At least 75% of its expenditures, which could be from federal, state or private funds would go to assist “very low-income households.”

Rabe said her read of Idaho’s 1992 statute and the ARPA provisions “looks like those kind of align in a lot of ways.”

Affordable housing, she said, has proven a “really intractable problem” in Idaho.

“It’s something that is impacting everyone,” she said.

Rabe noted that rents in Ada County have increased by 40% in the past year, and a recent report from the National Low Income Housing Coalition estimated that Idaho has a shortage of more than 22,000 affordable homes. The report found that Idaho has 36,878 households that qualify as “extremely low income renter households,” meaning they earn 30% or less of the area median income. It has just 14,591 affordable and available rental units for that population, leaving a deficit of 22,287.

That doesn’t even count low-income renters who earn more than that amount, or prospective homeowners who can’t afford to buy.

“Certainly if we don’t address this, more and more younger people are going to have to leave,” Rabe said, “and then we’ll have less of a workforce to pull from. That hurts our economy, it hurts everything. I agree with the governor on that: We need to keep our young people here. And I think one of the best ways to do that is to ensure they have a place to live.” 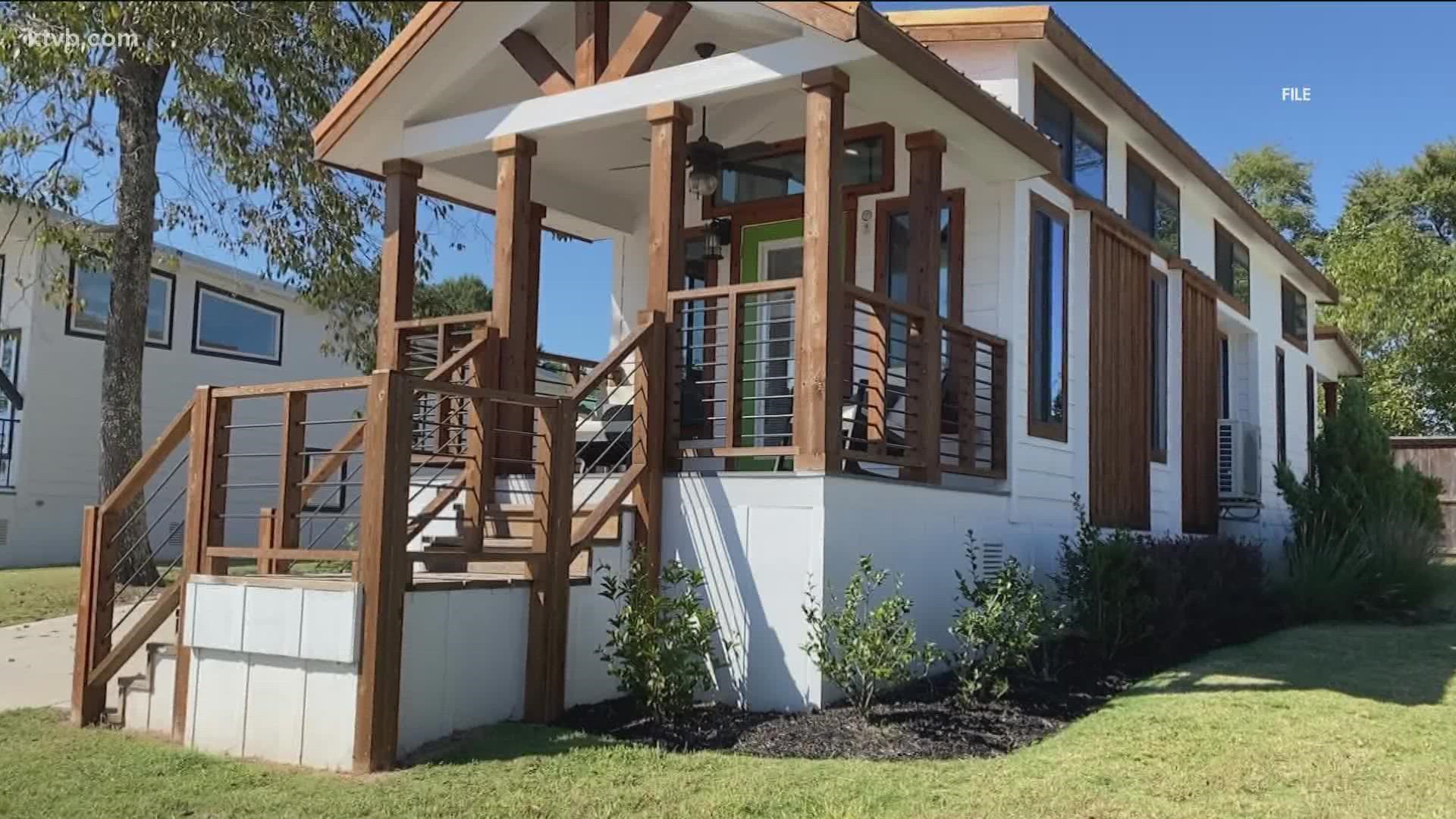