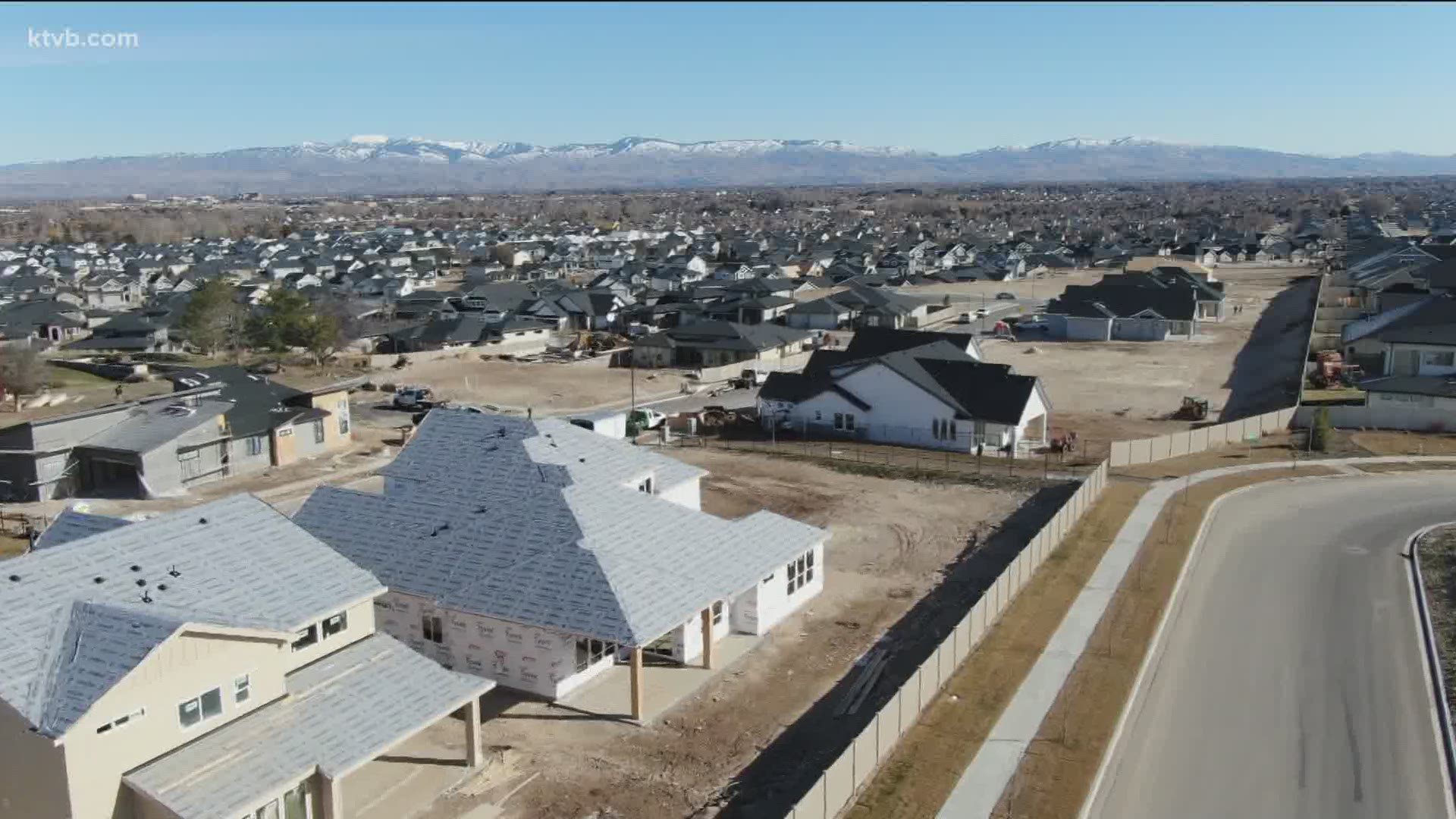 BOISE, Idaho — While many businesses and industries are struggling to stay afloat during the COVID-19 pandemic, the Treasure Valley housing market is not slowing down.

In fact, new data from Boise Regional Realtors shows housing in Ada County broke several records during the month of July. But it may not be good news for renters or those looking to buy a home.

Michelle Bailey, president of BRR, said home sales were down earlier in the year because of Idaho's stay-at-home order. But things have picked back up in the last few months.

"Sales were down year-over-year in April and May as realtors and consumers heeded Idaho's stay-at-home order for any nonessential transactions," she said. "In June and July, sales were up, hitting a record high in July for Ada County."

That $390,000 is also an all-time high for Boise Regional Realtors since it began tracking home market metrics in 2004.

Bailey told KTVB the reason for the increase is simple: supply and demand.

"The bottom line is, buyer demand continues to outpace the supply of homes for sale, driving up prices," she said. "It's also the mix of sales. We have more new homes selling at higher price points and higher existing homes selling so that combination is driving prices up."

COVID-19 is also a factor, adding to an existing problem in the Treasure Valley.

"Our market has faced low inventory for a few years now," Bailey said. "The COVID-related slowdowns in March and April have further restricted the number of homes available for purchase."

While home demand is going up, supply is going down.

"Just to give it some perspective, last year we had 1,721 homes available in inventory. So over double what we have now," Bailey said.

It's not just home buyers feeling the financial strain. Renters are facing ever-increasing prices too.

"I saw average rents in Boise are around $1,200 for less than a 900-square-foot apartment," said Deanna Watson, executive director for Boise City/Ada County Housing Authorities.

BCACHA helps around 3,000 families per month with rental and utility payments.

"I would say over the last year and a half we have seen a steadily worsening market," Watson said.

And since March, the need for BCACHA's services has increased even further.

"We sure have seen a much greater demand and people just in incredible states of crisis," Watson said.

She added that all agencies who can assist in these types of situations are "being inundated with heartbreak needs."

"It's taken a tremendous toll," she said.

RELATED: Wave of evictions expected as moratoriums end in many states

BCACHA has seen its number of crisis calls double since the start of the pandemic as people on the financial brink have been pushed over the edge.

"I had a call last week from a single dad living in a pickup truck with his two kids looking for help and our waiting list is closed.," Watson said. "So if he's not already on the list in line to get assistance, he can't even access that."

Watson said affordable housing has been a problem in Ada County for a long time. And recent apartment complexes being built have not alleviated the crisis.

"We see lots and lots of apartment complexes being built but not at the price point that even people of median income, let alone below that, can afford," she said.

And without some sort of housing relief or better government aid, Ada County could face a severe homeless crisis in the near future.

"We're in this mindset of, 'We're going to give the least amount for the shortest amount of time and we're going to hope that somehow some magic happens and everything's going to be okay,'" she said. "That has not been our experience in what we're dealing with these last few months and I think we need to apply a wiser approach."

In July, Ada County also set another all-time record for pending sales with 2,046. Because they are still pending, Bailey said she expects home sales to continue to be high for at least the next few months.