Ada County wants to ban cellphone use while driving

All three commissioners have expressed a desire to enact a ban similar to Meridian’s, if not stricter. 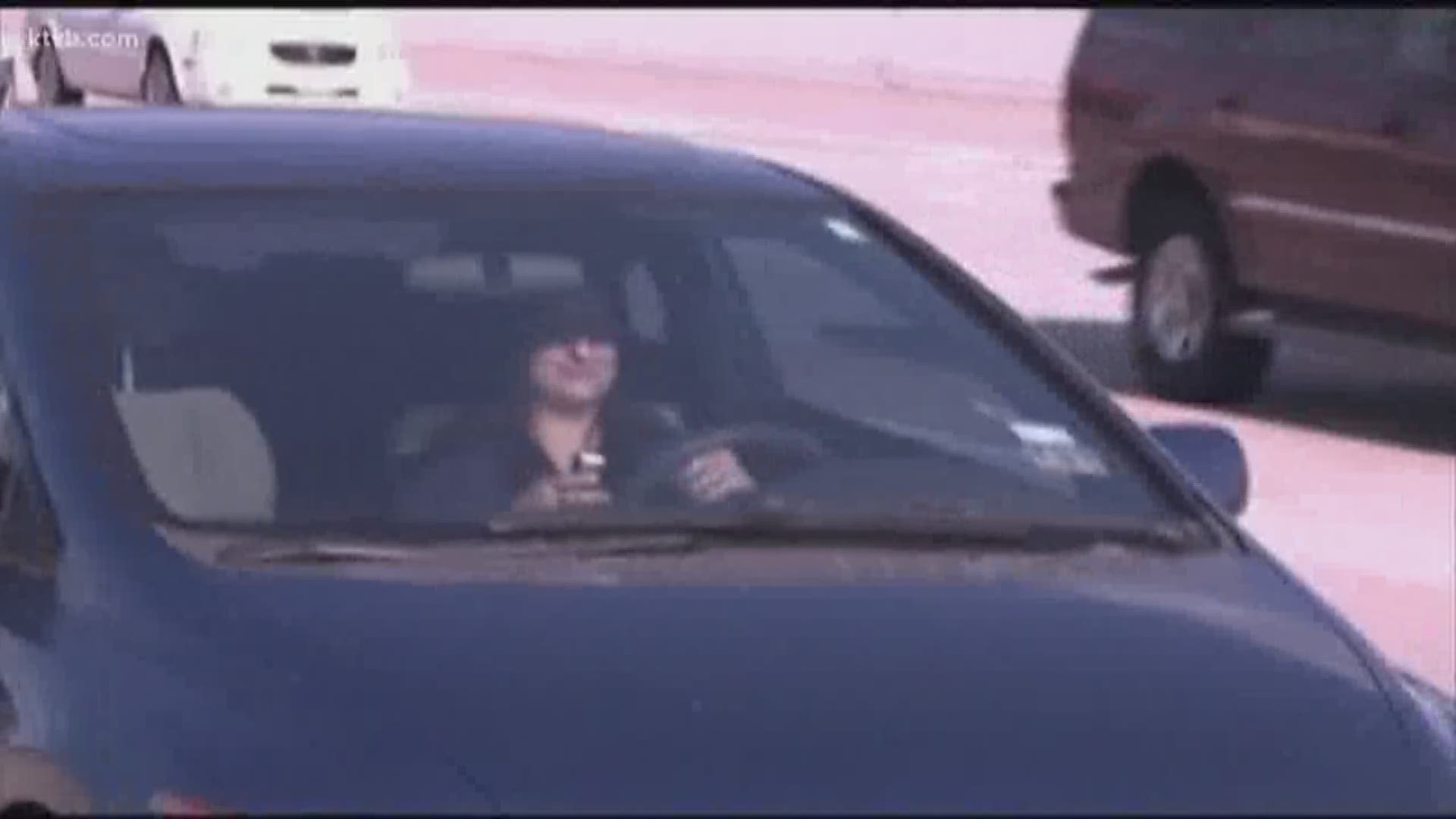 BOISE, Idaho — Ada County officials are moving forward with a hands-free driving ordinance, not long after the Meridian City Council passed the Treasure Valley’s first ban on hand-held cellphone use while driving.

While Ada County’s ordinance isn’t written yet, the political will to institute the ban has become apparent in the commission chambers, the Idaho Press reports. All three commissioners have expressed a desire to enact a ban similar to Meridian’s, if not stricter.

“Ada County is actively pursuing a smart and enforceable ordinance that would prohibit the use of mobile electronic devices while driving. We know that hand-held devices make drivers less attentive, and with more traffic on our roadways the potential for tragic outcomes cannot be minimized,” Ada County Commissioner Kendra Kenyon said in a written statement.

RELATED: Meridian bans use of hand-held devices while driving

“We all need to be able to take our kids to school, go to work, and move around the county without fear of being rear-ended, crashed into, or worse,” Kenyon continued.

Ada County Commissioner Rick Visser expressed his support for the ban in an interview earlier this week.

“The concern is for safety,” Visser said. “We need it, and I support it.”

Visser said he believed drivers could just use voice-recognition technology that comes standard with most smartphones to do anything they needed to while driving.

Handheld cellphone use while driving is banned in 16 states, including neighboring Oregon, Washington and Nevada, according to the Insurance Institute for Highway Safety.

Earlier this year, a bill forbidding the use of handheld cellphones while driving died in the Idaho Senate. The bill’s penalties — a $50 fine for a first infraction, $100 for a second offense, and $200 for a third offense, with fines doubling if the driver hit someone — were designed to educate drivers above punishing them, the Idaho Press previously reported.

Meridian’s ordinance will be an infraction with a $90 fine. The ordinance will go into effect as soon as it’s published, which will take about 10 days. Police will begin pulling drivers over for using their phone when the ordinance goes into effect, although they will not be issuing tickets for infractions until 2020, according to Meridian Police Chief Jeff Lavey.

Similar bans have passed in Pocatello, Idaho Falls, Hailey and Ketchum, which vary in severity from a citation to an infraction with a $80 to $100 fine, depending on the city.

There have been discussions about a hands-free ordinance in Boise, but no specific action has been taken.

”Conversations have happened, but there’s nothing concrete in the works,” city spokesman Mike Journee said.

Meridian included some exceptions in its ordinance to allow for the use of Bluetooth, navigation features and the use of the device in an emergency, according to previous reporting by the Idaho Press. It is unclear if Ada County will allow those exceptions as well or go another route.

Because Ada County contains six cities, one of which has already passed a hands-free ordinance, the county recognizes passing an ordinance could lead to some complicated circumstances. Ada County Sheriff’s Office serves as Star, Kuna and Eagle’s law enforcement service. Those deputies only enforce the ordinances and laws passed by those cities’ lawmakers. So if those cities choose not to pass a hands-free ordinance of their own, the deputies would not be implementing the county’s ordinance in city limits.

”If a hands-free ordinance can help make our streets safer, we support that idea,” Bartlett said in a statement to the Idaho Press. “What we are working on now is investigating best practice models from across the country to figure out what would work best for Ada County.”

Commissioner Diana Lachiondo, who also supports a hands-free ban, said the county would be working with other municipalities and counties in the Treasure Valley on the hands-free issue.

Lachiondo said in an “ideal world,” the cities and counties would band together and make a decision all at once about the hands-free ban.