In a letter to U.S. Secretary of State Mike Pompeo, Idaho's governor said he supported the decisions of county government who chose to resettle refugees.

Credit: Idaho Press
Seventeen refugees of foreign nations earned their United States citizenship on Saturday, June 15, 2019, at Grove Plaza in downtown Boise as part of World Refugee Day celebrations. The Ada County Board of Commissioners signed on to a letter in support of continuing refugee resettlement programs in the county.
Author: Thomas Plank (Idaho Press)
Published: 10:50 AM MST January 3, 2020

On Dec. 23, Republican Gov. Brad Little joined 30 other governors nationwide who have agreed to accept refugees, according to reporting from the Associated Press.

In a letter to U.S. Secretary of State Mike Pompeo, Idaho's governor said he supported the decisions of county government who chose to resettle refugees. Little sent another, almost identically worded letter in support of the Twin Falls City Council's decision to aid the refugee resettlement program at the College of Southern Idaho, according to the Idaho Press.

"We have been a resettlement community since the 1970s," Democratic Ada County Commissioner Diana Lachiondo said in a phone interview. "This is business as usual … and at least at our level it was very uncontroversial." 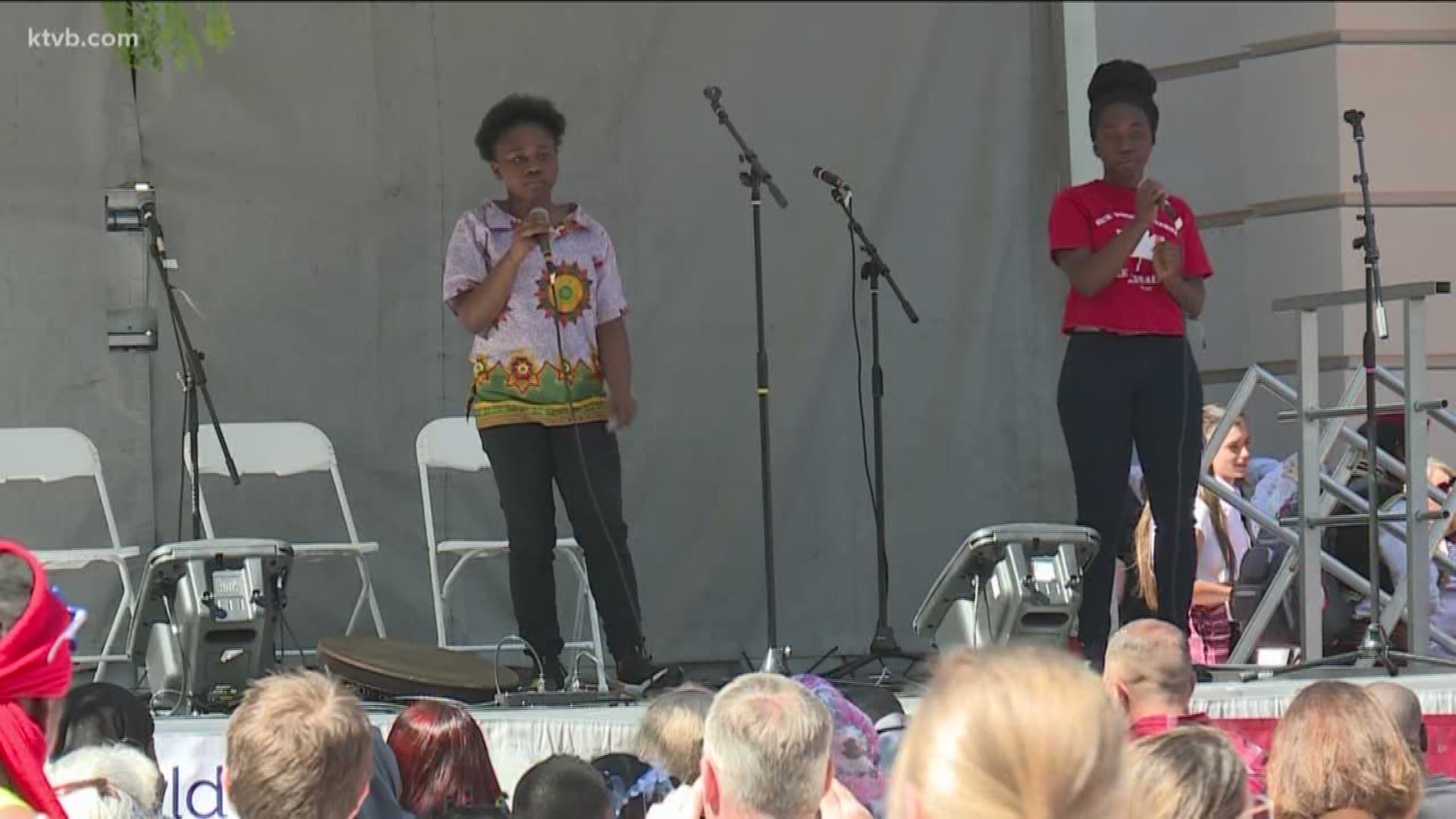 The Board of Commissioners signed on to a letter in support of continuing refugee resettlement programs in the county earlier this year, she said.

"I see it as a continuation of our history here," Lachiondo said.

"Boise and Ada County were founded by immigrants and refugees," said Lachiondo, pointing out her own family were immigrants from Basque Country who built lives and businesses in Ada County.

"It's just another chapter," Lachiondo said.

RELATED: Boise mother worries she won't be reunited with daughter after U.S. refugee admission is cut almost in half

Julianne Tzul, the executive director of the International Rescue Committee in Boise, said the county's and city's decisions to continue refugee resettlement showed the depth of Idaho's community support for displaced peoples.

"I have great pride in seeing Idaho continue its historic, decades-long tradition of welcoming those who become our newest neighbors and friends," Tzul said in an email.

The state and county actions were in response to the executive order signed by President Donald Trump in September requiring states and localities to express their willingness to allow refugee resettlement programs to operate.

The Idaho Office for Refugees provides this account on its website about the history of refugee resettlement in Idaho:

Idaho entered the refugee resettlement arena in 1975 when Governor John Evans established the Indochinese Refugee Assistance Program in response to the need for all states to participate in the resettlement of refugees fleeing the overthrow of U.S. supported governments in Southeast Asia. While the resettlement effort initially focused on refugees from Vietnam, Cambodia and Laos, it soon expanded in scope to include Eastern European refugees fleeing oppressive regimes of the Soviet era.

Refugees arriving in Idaho during the decade of the 1980s were primarily Southeast Asian and Eastern European. Those coming from Vietnam, Laos and Cambodia were part of the ongoing exodus from the Communist domination of those countries. At the same time, refugees from Soviet-dominated Czechoslovakia, Poland, Hungary, Romania and Bulgaria were being resettled in increasing numbers.

By the latter half of the 1980s, these groups were joined by an increasing number of refugees arriving from the Soviet Union, primarily Russians and Ukrainians, many of whom were evangelical Christians oppressed for many decades because of their religious convictions.

During the 1990’s Idaho resettled over 5,000 refugees, more than half of which were from Bosnia and Herzegovina. Civil war, ethnic cleansing and unchecked violence forced millions of Bosnians to flee their homeland. … The other half of the refugees arriving in the 1990s originated from other European countries, Africa, East Asia, the Near East, Central Asia and the Caribbean.

Idaho has resettled individuals from different countries between 2000 and 2017. While arrivals from these countries has grown and shrunk, recent arrivals include a large number of individuals from Iraq, Congo, Burma, Bhutan, Afghanistan, and Somalia.