Ground was broken in south Meridian Tuesday on a new YMCA. 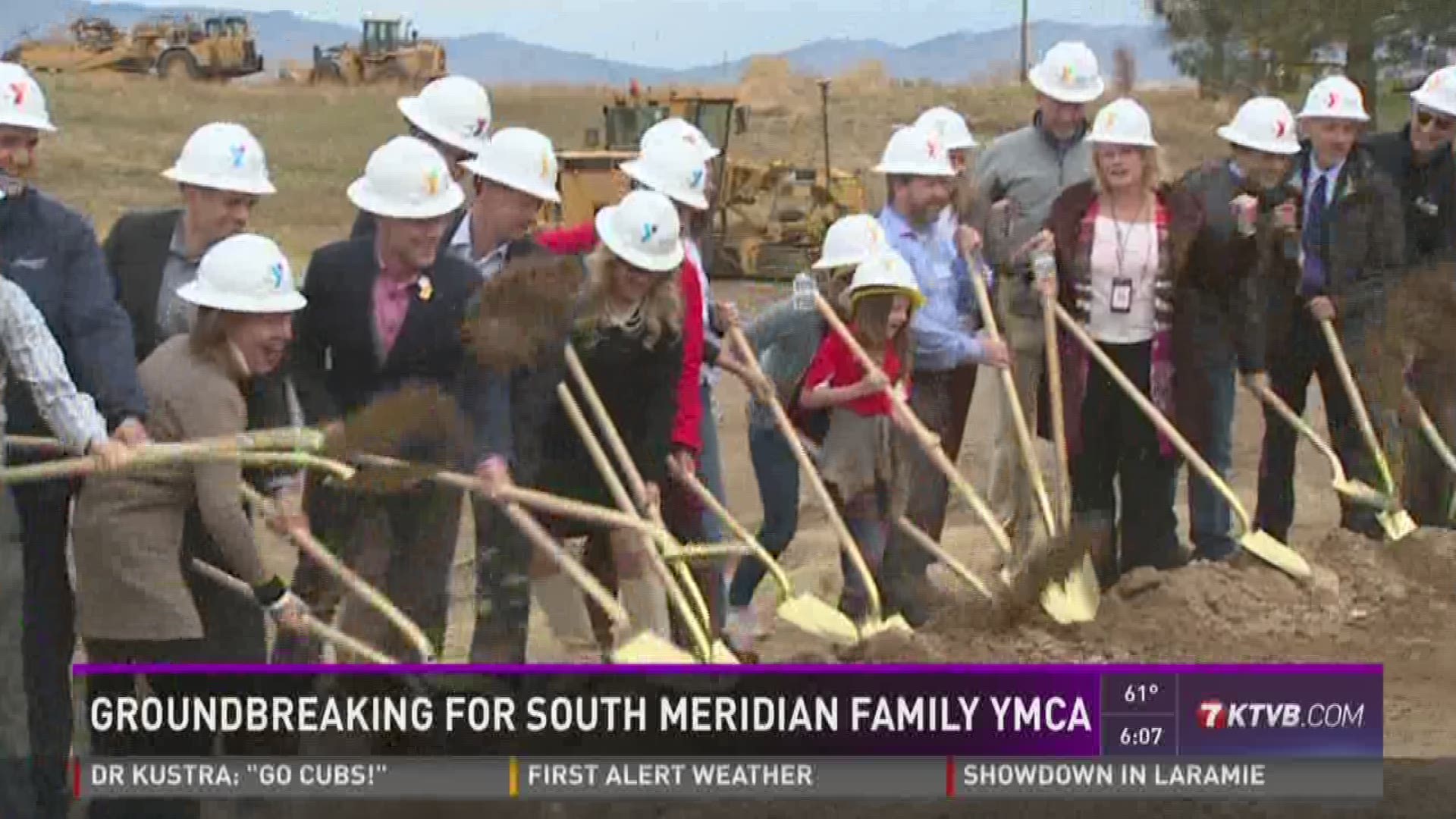 A lot of people in Meridian are looking forward to the Treasure Valley Y's newest facility.

A groundbreaking ceremony took place today for the South Meridian Family YMCA to be located near Eagle and Amity roads, right by Hillsdale Elementary School.

Some rain did fall on the event, but it couldn't dampen spirits.

"The support that this has received in collaborating on the vision - it's already raised $16.5 million of an $18.5 million project for the Y piece," said Meridian Mayor Tammy de Weerd. "The other partners have stepped up - patrons of the school district, the city will be building a city park that will honor the agricultural heritage of this century-old farm."

Once complete, the 62,000 square-foot facility will include youth development centers, fitness areas, group exercise studios, classrooms, and a teaching kitchen.

Land for the entire campus has been donated.

An aquatic center and a Meridian Library branch are also proposed for the site. Those projects are subject to a bond issue that's on the general election ballot.