"The longer there's not money in people's pockets... the longer it's going to take for us to get back where we want to be," Gov. Little said. 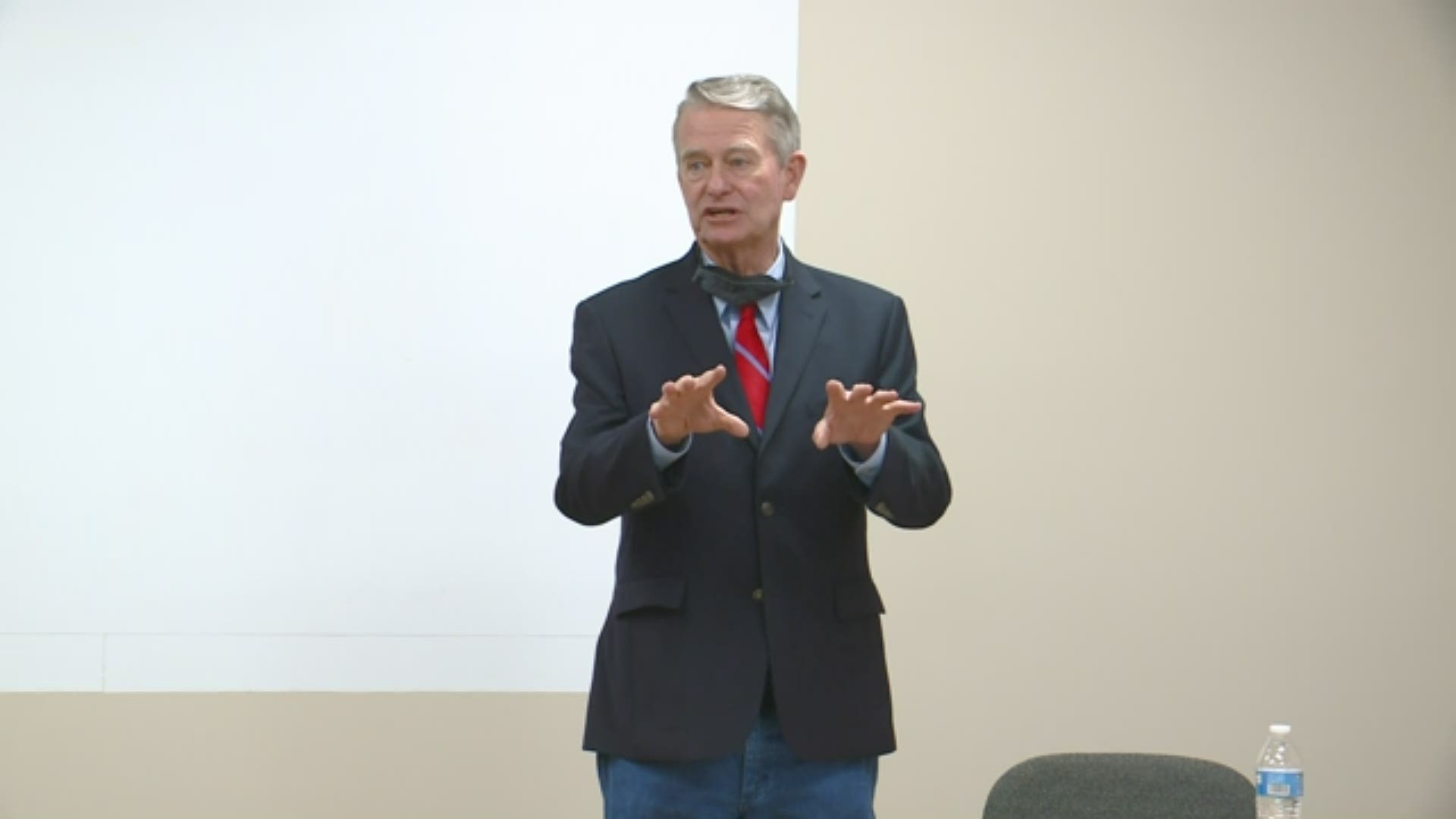 The governor's plan would cover 103% of counties' and cities' public safety salary costs if they verify that they're not using property taxes to fund salaries for police, fire, and EMS, up to $200 million. Little said property tax changes have been in the works for a while, but getting more money in Idahoans' pockets now is crucial.

"We all know that the legislature both sides, made a sincere attempt to work on a property tax. There was an interim committee formed that was going to address that," Gov. Little explained. "But nothing happened and when Treasury changed the guidance about how we handle these funds, we saw an opportunity... what we're doing today which is to basically go to counties and cities and say what are you spending on safety police, and fire, EMS - that's three classifications. You certified that you will, that you will take that off your property taxes and walk back to the tune of 103%, to make sure there aren't any gaps. So the net for public safety is, it's going to be fully funded. And on top of that, we're going to provide $200 million of the property tax relief around the state of Idaho."

RELATED: Idaho enters third phase of reopening: 'We want you back, but we want you to be safe'

Little's goal with the new plan is getting people to put money into the economy that would otherwise go towards property taxes.

"The longer there's not money in people's pockets - taxpayers, consumers, all businesses, large businesses - the longer it's going to take for us to get back where we want to be," he said.

Senate President Pro Temp Brent Hill broke down what Gov. Little's various plans and programs are meant to do for Idaho's economy during the press conference.

"Last Friday announced this cashback, this cash bonus, to people to go back to work, what an incredible thing," he said, "and now, today, we're talking about actually reimbursing our partners, city and county governments, for their public safety personnel costs, so that our citizens can be safe and be protected. And they then, in turn, asking them to turn around and give property tax relief to the businesses and families within their jurisdiction."

Hill added that is this only a short term solution for the state and that the plan should encourage legislators to find a long-term property tax relief plan.

Little also defended his plan to give Idahoans who return to work a $1,500 check after it received some backlash.

"We announced Friday, that what we heard from business people is because of the generous announcer in the unemployment, particularly the add on," Gov. Brad Little said. "There were some businesses, were having a hard time getting people back to work. So we put together a program incentive for people to get back to work. I know there's been some criticism of it, but it is so important for people to not be in the habit of not going to work. Every person who studies big economic calamities said that it's people get in the habit of not going to work. You need every incentive for him to go back to work. That's why the PPP program which is run through the Small Business Administration was a priority for Congress, and that's what put our program in to give a financial incentive for people go back to work."

The $200 million plan will use some of the $1.25 billion that the state received from the CARES Act.