The much-anticipated exhibit features a lot of the animals that can be found at the national park in Mozambique, Africa. 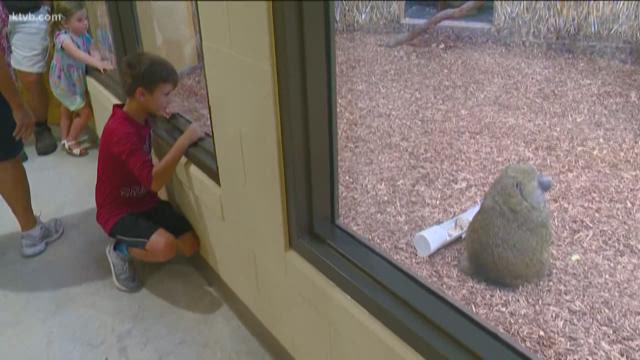 Dozens of people crowded through the entrance to get a first look at the much-anticipated exhibit, which features a variety of animals that can be found in Gorongosa National Park in Mozambique, Africa.

Gregg Carr, president of the Gorongosa Restoration Project, says the project is unique - not just in Boise, but across America.

"There's no zoo that has entirely adopted a national park the way Zoo Boise has adopted Gorongosa Park and created an exhibit," Carr said. "It's an educational experience to come here. You're going to learn all about Gorongosa Park and Zoo Boise is helping not only to save wildlife in Africa but it's also helping people in Africa.

"Because we spend as much time and effort in local schools around Gorongosa Park, it's that combination of helping people and helping nature at the same time that I love," Carr added.

The new exhibit is open to the public year-round.

Credit: Paul Boehlke/KTVB
Dozens of people crowded through the entrance to get a first look at the new Gorongosa National Park exhibit at Zoo Boise.