This incident was caught on video by a family member of the man who was tasered by the deputy. 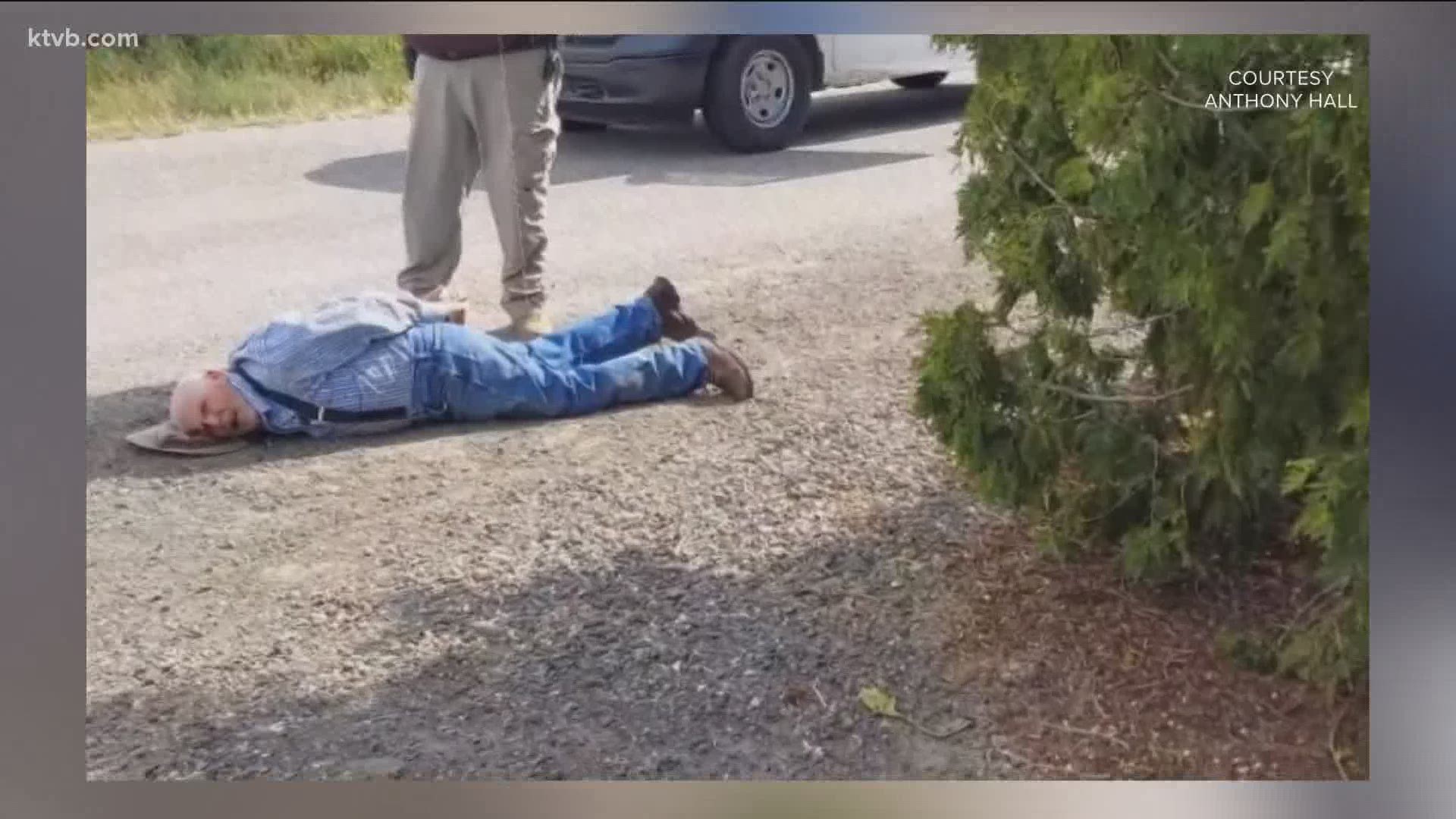 BOISE, Idaho — A Gooding County sheriff's deputy has been suspended after responding to a report of a road rage incident in the Magic Valley.

The sheriff's office says John Hall was accused of trying to run a semi truck off the road along Interstate 84 in Jerome.

Hall's grandson is the person who shot this video.

The other man in the video is James Hall, John's son.

The sheriff's office says the semi driver told police he thought the Halls had a gun. Authorities caught up to them in Wendell.

In the video, you can see wires from a Taser in John Hall's back.

The family says he is in his mid 70s and has a medical condition.

They claim in the video that tasering him could be dangerous to his health.

The family now has hired a lawyer.

"We are going to look at all avenues possible to bring justice to my client and to ensure that this type of behavior is accounted for and prevented in the future," said attorney Mark Means.