Get your bug spray out: Officials predict more mosquitoes in the Treasure Valley

Just because there are more mosquitoes this year in the Treasure Valley, doesn't mean the chances of contracting West Nile Virus are also higher. 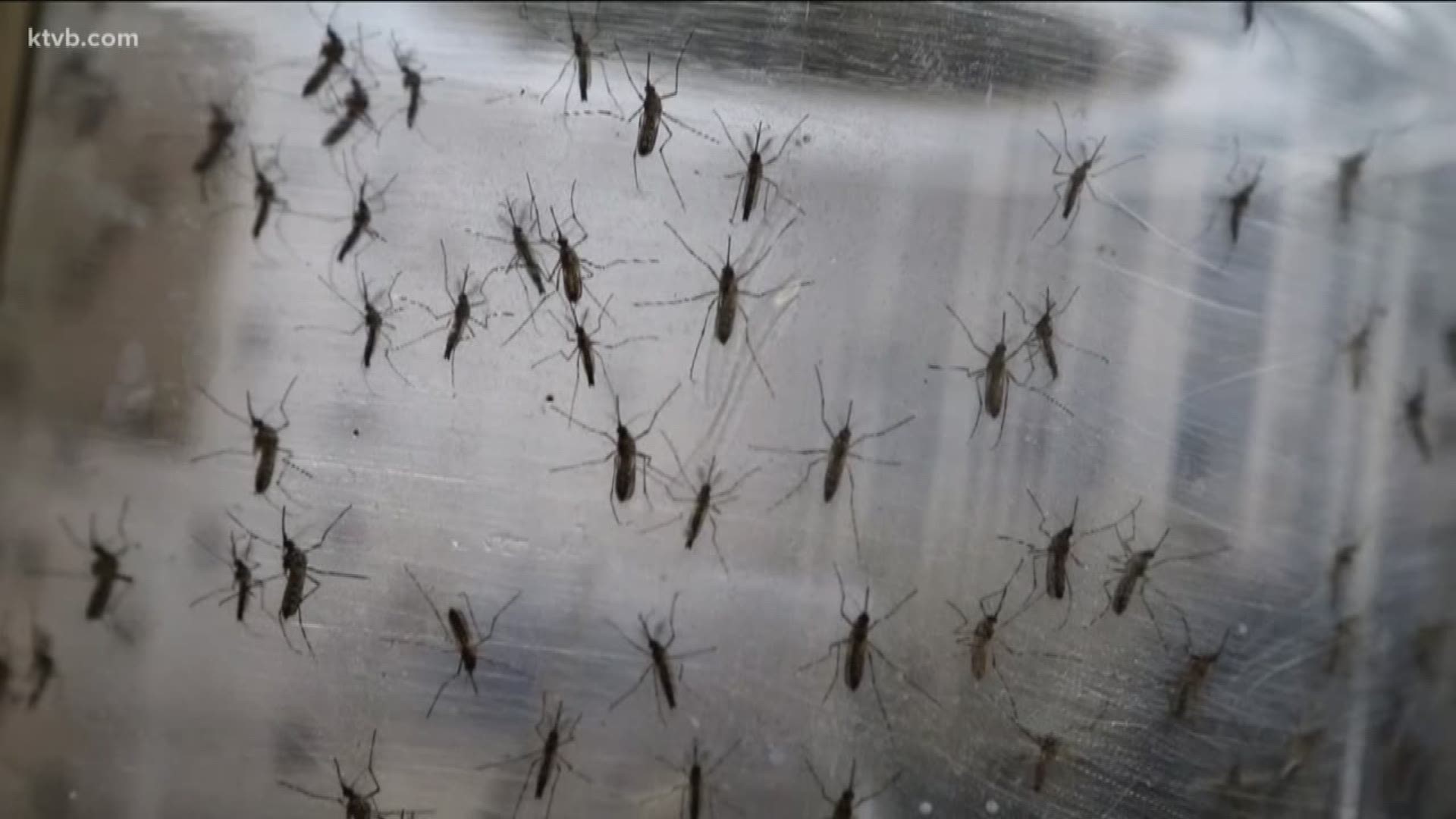 Compared to previous years, people in Ada and Canyon counties can expect more mosquitoes this summer, according to the Ada County Weed and Pest Abatement District.

"Generally, the wetter it is and the hotter it is, the more mosquitoes we will see," Adam Schroeder, the director of the Weed and Pest Abatement District, said.

MORE: VERIFY: Are mosquitoes really the deadliest animals on earth?

Between now and September is considered peak mosquito season and this summer is expected to be worse than last year.

He says just because there are more mosquitoes this year compared to an average year in the Treasure Valley, doesn't mean the chances of contracting West Nile Virus are also higher.

"West Nile is always dependent on how many Culex mosquitoes we catch," he said. "So far that has been a very small percentage of the mosquitoes we have caught but that could change at any time and West Nile comes in very unpredictably."

Abatement crews have already begun treating areas in Ada and Canyon counties to help reduce the number of mosquitoes in the area.

Schroeder says they have a method to kill larva before they turn into adults and use a different technique to kill adult mosquitoes.

To reduce the number of mosquitoes on your property, Schroeder recommends getting rid of any stagnant water. This could include buckets or wheelbarrows left the yard.

If you want to reduce the chances of getting bit, wear long sleeve, light-colored clothing, as they're attracted to dark clothing colors, and use Deet to ward off bugs.