Boxing champion George Foreman will be honored at this year's ceremony in Boise. 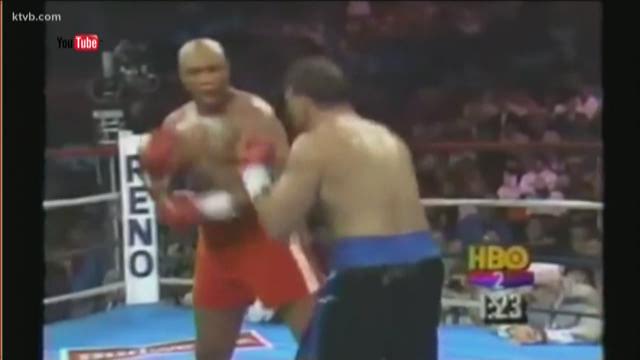 Once a yearly event inducting some of sports all-time biggest names like soccer great Pele, basketball coaching legend John Wooden, NFL hall of famer Steve Young and many others, it’s been a long time since they have staged an event, until now.

Announced today in downtown Boise, one of boxing's all-time biggest names, George Foreman, will be in Idaho to receive the Idaho Humanitarian Award for his 35 years of ministry and his work with the George Foreman Youth Center.

It will also celebrate the 50th anniversary of his gold medal win at the 1968 Summer Olympics in Mexico City.

It was nearly 30 years ago that former Boise State football star Jimmy Ellis got into the ring as a pro boxer to fight Foreman in Reno. It was the beginning of a new career for Jimmy who made nearly a half million dollars for the fight on HBO.

And, though he lost, the now longtime Boise man, said he owes much of who he is today to George Foreman, and can’t wait for him to be recognized right here.

“It’s a thrill, he's done so much in boxing, and to be a part of something that that happened so long ago, he really deserves it and I'm looking forward to it," said Ellis.

The event is Friday, Oct. 12 at the Boise Centre. Ellis will be sitting "ringside."