Mai Thai and Union Block Eatery stepped up to continue a decades-long tradition of making sure everyone could get a good meal on Christmas. 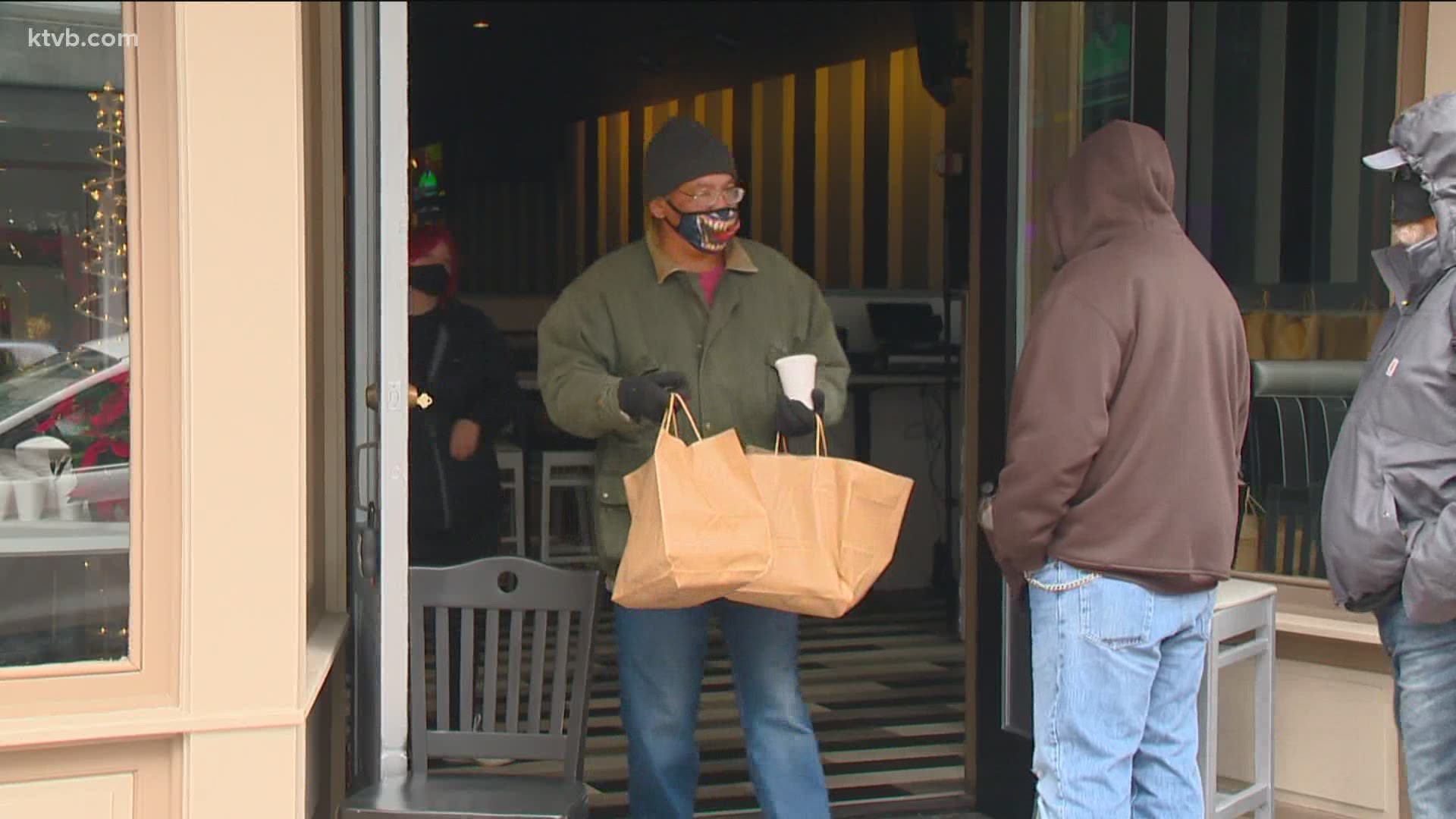 BOISE, Idaho — Two downtown restaurants stepped up this year to carry on a tradition of providing a warm dinner to those who need it most on Christmas Day.

The two-decade tradition - serving meals to the homeless and those who needed some extra help during the holidays - started at Boise's Old Chicago restaurant. But earlier this year, the downtown pizza restaurant closed, leaving many wondering if the Christmas dinner giveaway would vanish with it.

RELATED: Free Christmas meals to be served in downtown Boise

"We wanted to keep the tradition that Old Chicago had started," he said.

Both Union Block Eatery - which is set to open soon in the Idaho Street space formerly occupied by Old Chicago - and its next-door sister restaurant Mai Thai have taken up the mantle of feeding those in need. On Christmas afternoon, people lined up to take home a free meal, consisting of ham, turkey, mashed potatoes, salad, and dessert.

"I feel really lucky to be able to do this," Bailey said. "In the different restaurants I've been at, I've never really got to do this, so when Billy came to me and talked about it, it really got me excited to be able to give back to the community - especially in this time of need."

The tradition has even more meaning this Christmas, Bailey said, as more people than ever across the Treasure Valley navigate a difficult year.

The restaurants have been preparing for the free Christmas dinner for several weeks and credit local vendors including Grasmick Produce, Shamrock Foods, and Missing Dirt Farms for donating much of the food prepared Friday.

"There's a lot you can do for the community and help people out," Bailey said. "I think if more people did that, this world would be a lot better."