The giveaway happens through June 30. It's first-come, first-serve. 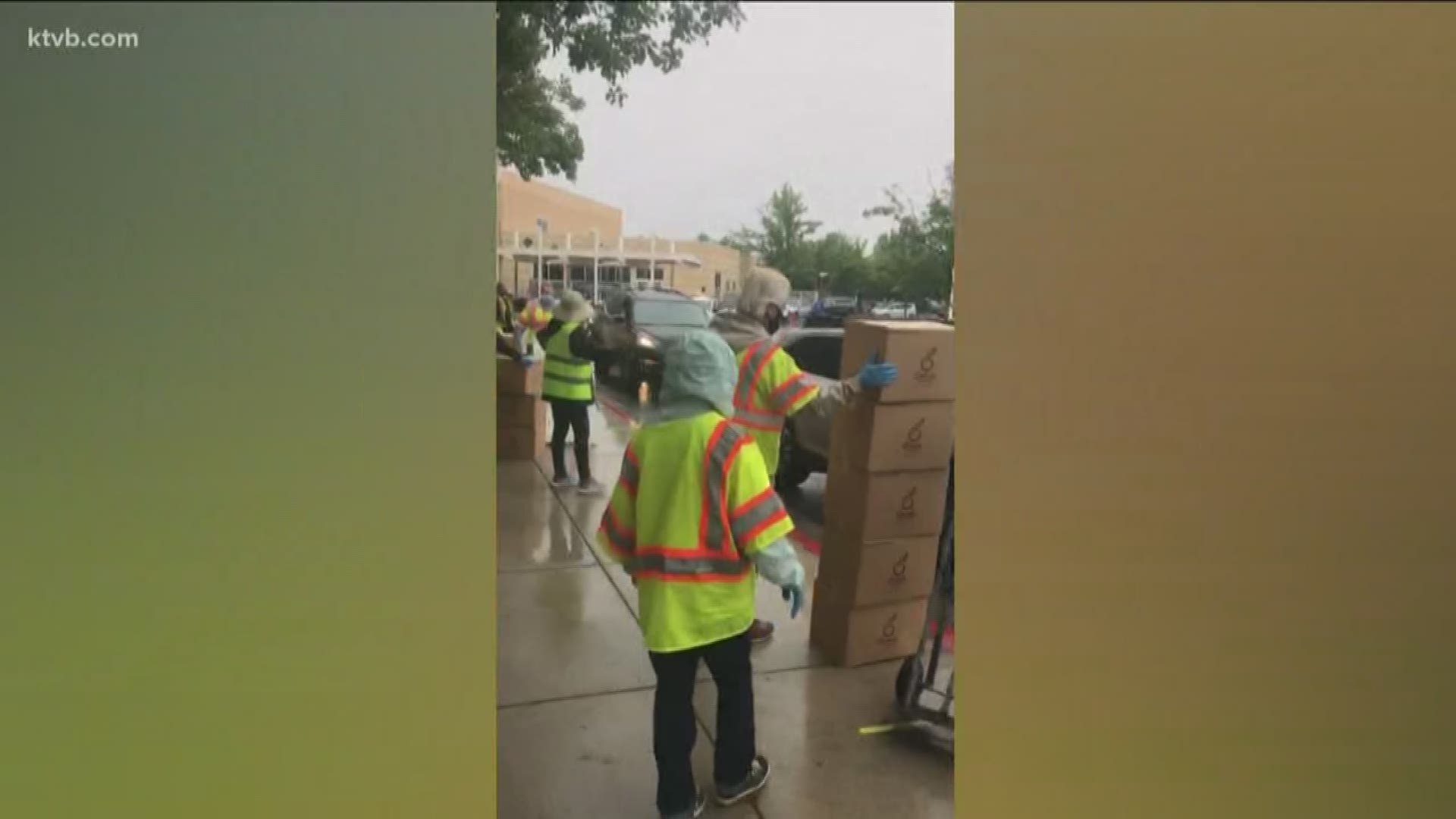 BOISE, Idaho — Volunteers and workers at the Treasure Valley Family YMCA woke up early Saturday to hand out 25-pound boxes of food to those in need.

“We are rollin,” said Treasure Valley Family YMCA President and CEO David Duro. “Over 300 cars that are coming to the Y to pick up boxes of free food.”

The non-profit organization partnered with Grasmick Produce to give food to families hit hard by Covid-19.

“There is just so many people in need right now and this is what the Y does is build stronger communities and so if there is a way that we can help people get what they need, not just now but any time, we want to be here for that,” Duro said.

RELATED: Unique food drive to be held at the Old Idaho Penitentiary this weekend

Each box is filled with items like potatoes, apples, oranges, and peppers. Families also have an option to get pre-cooked meat, dairy, and cheese.

To ensure safety, the YMCA is also limiting person-to-person contact by asking families to stay in their cars while volunteers wearing masks and gloves when delivering the boxes.

“They're not doing this necessarily because it's their job or because we're making them do it, they're doing it because they want to do it, so I’m proud, but I’m always wishing we could do more,” Duro said.

The food distribution happens six days a week, through June 30.

“No one is ever turned away at the YMCA due to their inability to pay and so this just feels like an extension of that to us of that mission and that cause,” Duro said. “It's just a blessing to live here in this community where people are both willing to give and able to accept help.”

Duro told KTVB, the YMCA is also distributing boxes of food at some of its childcare sites throughout the Treasure Valley. Anyone can receive a box, but it is first-come, first-serve. To find out where the next distribution is, click here.

RELATED: How to help southern Idaho nonprofits or get help during the coronavirus pandemic