The crash, just west of Black Cat Road, was reported at about 7:30 p.m. Investigators are on scene to determine how the crash happened. 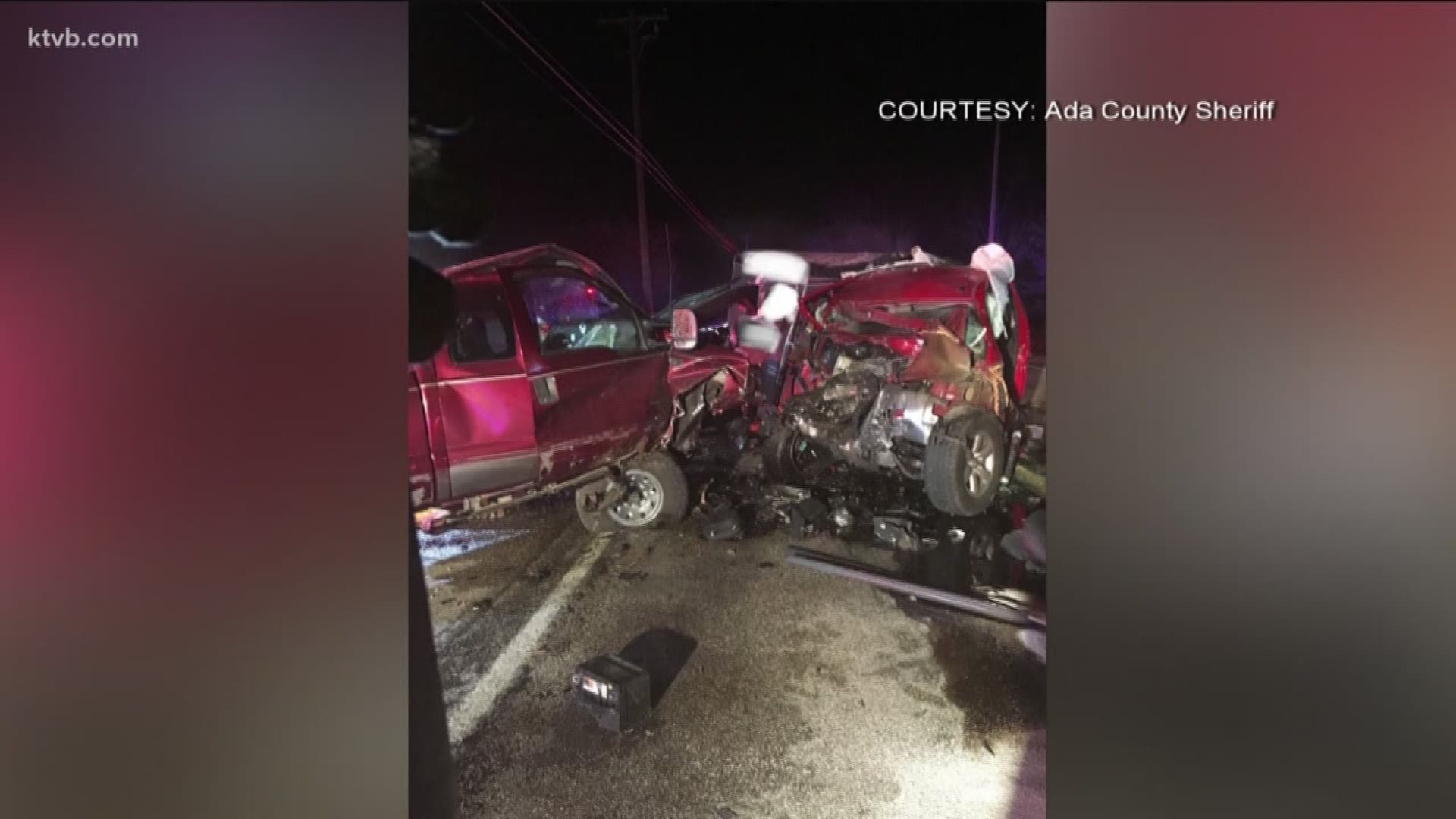 The crash occurred at about 7:30 p.m. Friday. Paramedics have taken a fifth man to a hospital for what the Ada County Sheriff's Office describes as life-threatening injuries.

The crash happened when a Ford F-250 driving eastbound and a Nissan Titan, hauling a trailer, heading westbound, hit each other head-on, in a crash that the Ada County Sheriff's Office is calling "devastating."

The driver of the Ford F-250 was pronounced dead at the scene.

Four men were in the Nissan Titan. Three were killed in the crash and the fourth was taken to the hospital.

West Cherry Lane is blocked off from Black Cat to McDermott roads as investigators and crews try to clear the scene and determine what caused the crash.

The Ada County Sheriff's Office tweeted that it is unclear which truck crossed over and caused the crash.

This is a developing story and will be updated when further information is available.