Jonathan Helmandollar is also accused of lying to police during an AMBER Alert involving his daughter. 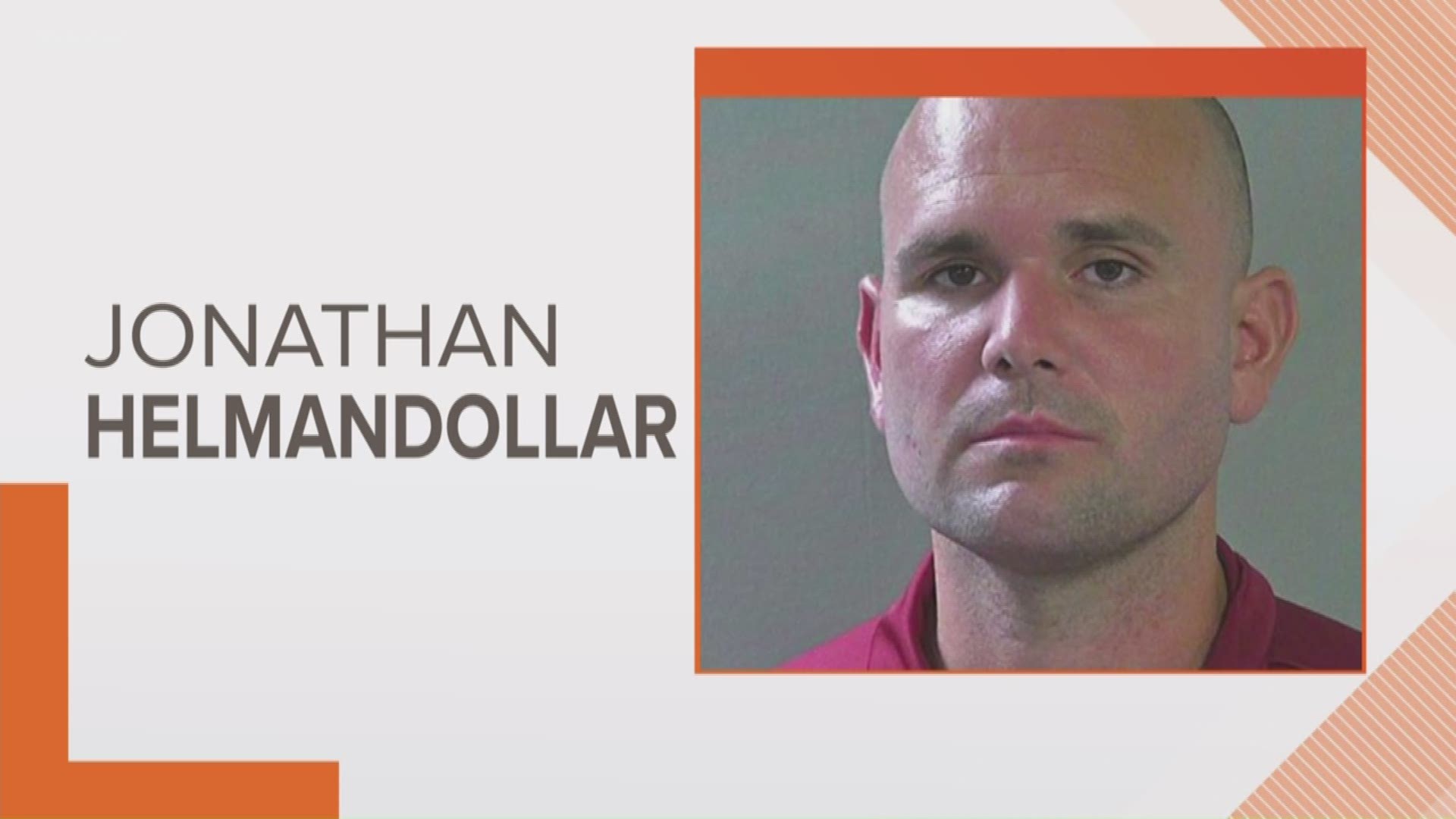 NAMPA, Idaho — The former football coach at Columbia High School is facing charges after police say they learned he was illegally trying to get prescription drugs.

According to police, the information about Helmandollar trying to get drugs came out during a March AMBER Alert investigation involving his 10-year-old daughter. Helmandollar's wife, 41-year-old Brooke Helmandollar, had taken the girl and left town.

Brooke Helmandollar was suffering from mental health issues at the time, according to police, and had said she was going to inject herself and her daughter with bleach to rid them of "parasites." The woman had pulled the girl out of school and told a staff member at the school that they were going to stay in a hotel because their house was infested with parasites and insects.

As police tried to find the 10-year-old, Jonathan Helmandollar gave investigators false information about where she was, according to Nampa Police.

The mother and daughter were ultimately found in Cheney, Washington after the AMBER Alert was issued. The girl was unharmed.

Police say it was during the AMBER Alert investigation that they found out about Jonathan Helmandollar's attempts to get prescription drugs. A warrant for his arrest was issued Thursday.

He resigned from his position as football coach at Columbia High last month.

Jonathan Helmandollar is charged with a misdemeanor charge of obstructing officers and a felony charge of criminal solicitation to deliver a controlled substance. Bond in the case is set at $5,000.

An arraignment in the case has not been set.