'Forecasts are the backbone of fire behavior': Boise-based meteorologist heads to Australia for incident management assistance 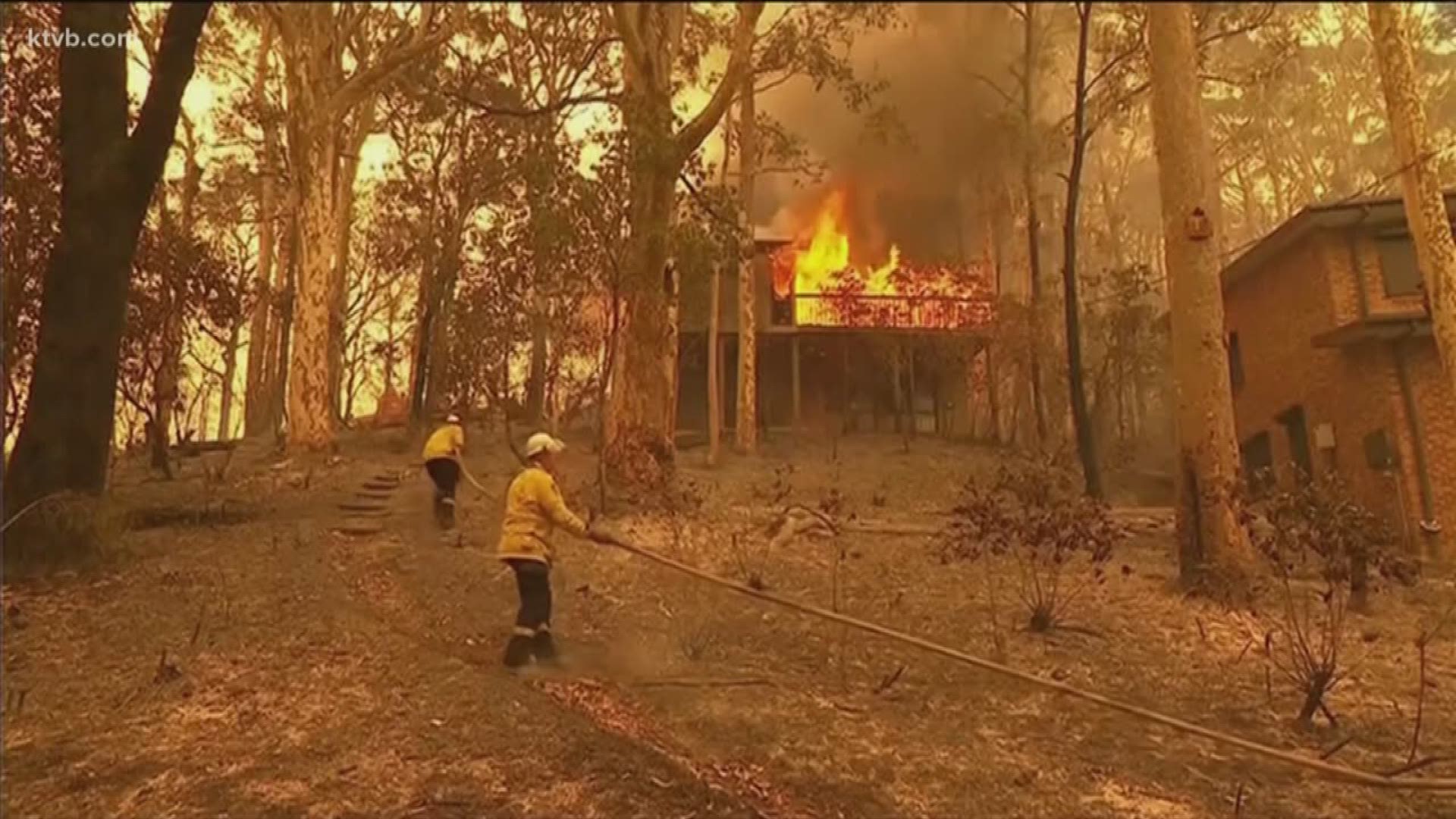 BOISE, Idaho — The first thing that comes to your mind when someone says "meteorologist" might be KTVB's Larry Gebert, Bri Eggers, Rick Lantz, Jim Duthie, or any other broadcast meteorologist, but there are many types of meteorologists also doing important work.

Heath Hockenberry is an incident meteorologist and program leader for the National Fire Weather Program.

Hockenberry said the Australian wildfires are mostly contained now, but there's still a lot more work to do, and that begins with keeping fire crews safe in Victoria.

RELATED: How to help the victims, firefighters of the Australian bushfires

"Incident meteorology is actually a specialized service of the weather service," Hockenberry said. "It's not an office environment. We go out, we tent, we camp there with the firefighter crews and the incident management team."

Incident meteorologists analyze data starting at 5:00 every morning, and update the forecasts until they brief fire crews at 6:00 o' clock.

'We do a second briefing sometimes at 9 o' clock and we provide a weather watch and make sure nothing is gonna surprise the firefighters," Hockenberry said. "We keep the firefighters safe and the planes in the air."

The fires have calmed down a lot since they began rapidly spreading across the continent in September.

RELATED: Aussies applaud the arrival of US firefighters

"They received rain from New South Wales from a tropical system, but it's drying out the forecast," he said. "I would characterize what's coming up as more spiky nature. Things will flare up very much like things around here in August."

Hockenberry will be in Victoria, Australia for six weeks. He hits the ground running early Tuesday.

He's assisted countless times in the U.S. and faced the Deepwater Horizon Oil Spill in 2010. There, Hockenberry said he worked 80+ hour work weeks and focused on forecasting lightning patterns to keep crews safe.

RELATED: 'As far as the eye can see is fire': Idaho firefighter travels to Australia to help with raging bushfires

Hockenberry has been to Australia several times for incident management.